Two authentic Latinos , Jon Giraldo and Jaime Lieberman – one Colombian and the other Mexican – are the promoters and creators of Anormal, a restaurant linked to Latin gastronomy, but with a focus on Street Food that does not neglect haute cuisine thanks to its technical knowledge sophisticated touches.

They had a desire to offer dishes known worldwide, but with their own touch of a Latin American spirit, so characteristic with a colorful environment that customers are transported to the very south of the Latin continent.

According to the name of the restaurant, it’s a place full of surprises, where nothing is what you expect. Here you can find some good nachos or patacones, but it is totally different from the typical Mexican restaurant. Anormal goes further with each creation, merging Mexican and Colombian cuisine – although the rest of the continent is also present in their menu .

An example of their desire to serve exquisite latin food can be seen in the array of homemade sauces , originating from different parts of South America and specially worked to accompany each of their dishes and complement both flavors to achieve a true explosion of flavors.

And focusing on themselves in the menu, they have created a casual proposal, perfectly prepared with elaborations such as nachos with cheddar, sour cream, beans, pico de gallo and jalapeños.

Its culinary proposal also includes tequeños with hogao tomato sauce, fried yucca accompanied by sour cream and green mojo, chicken empenadas and mushroom empenadas, patacones with sauce of hogao tomato and another with cilantro. Or try the chicharrón cooked at low temperature for several hours and then fried, accompanied by homemade honey infused with orange.

As for the tacos, they have their own decontextualized version of a dough made through an arepas process. Some tacos are made with arepa tortillas, accompanied by cochinilla pibil , whose main ingredient is achiote, which is what gives it the characteristic flavor and reddish color.

The tacos are accompanied by a bean sauce and two chili sauces: a salsa serrana and a ranchera –  both of which are not too spicy due to a careful cooking process and specific salt to remove the spicy element that is the Chilli capsicum.

Anormal by Spoonik is an experience that one must try in order to understand some of the most famous dishes of the South American continent in an original and innovative way. 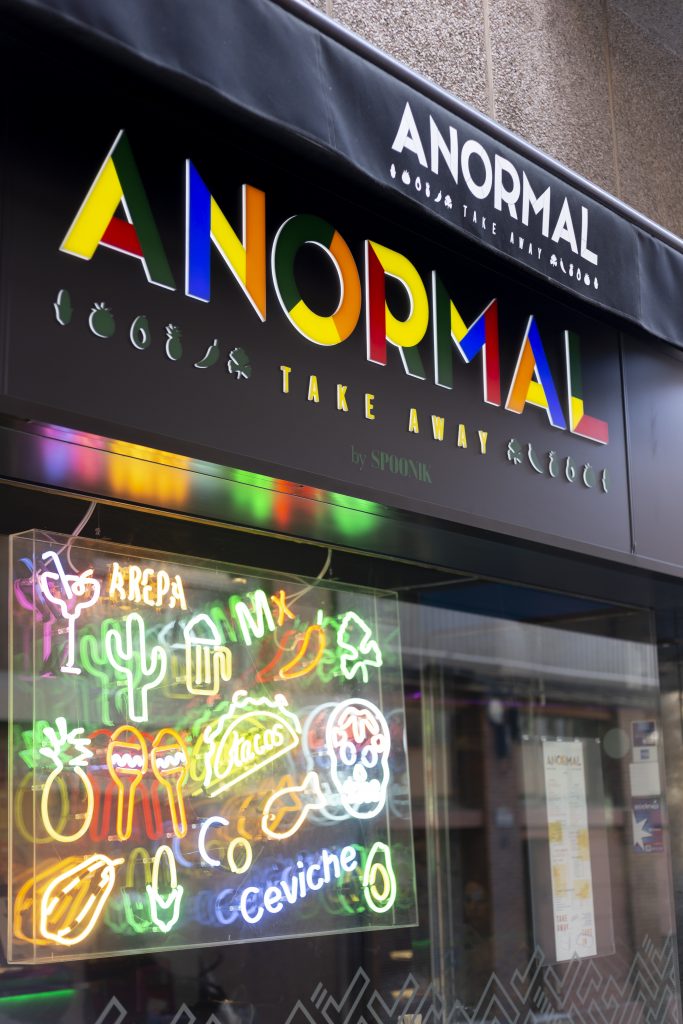 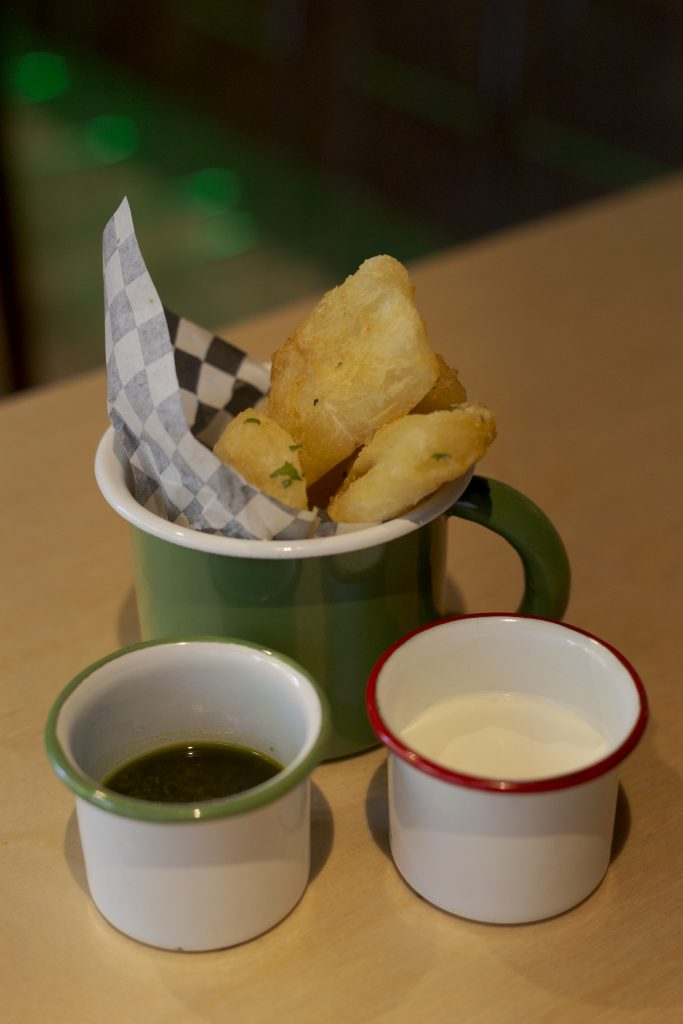 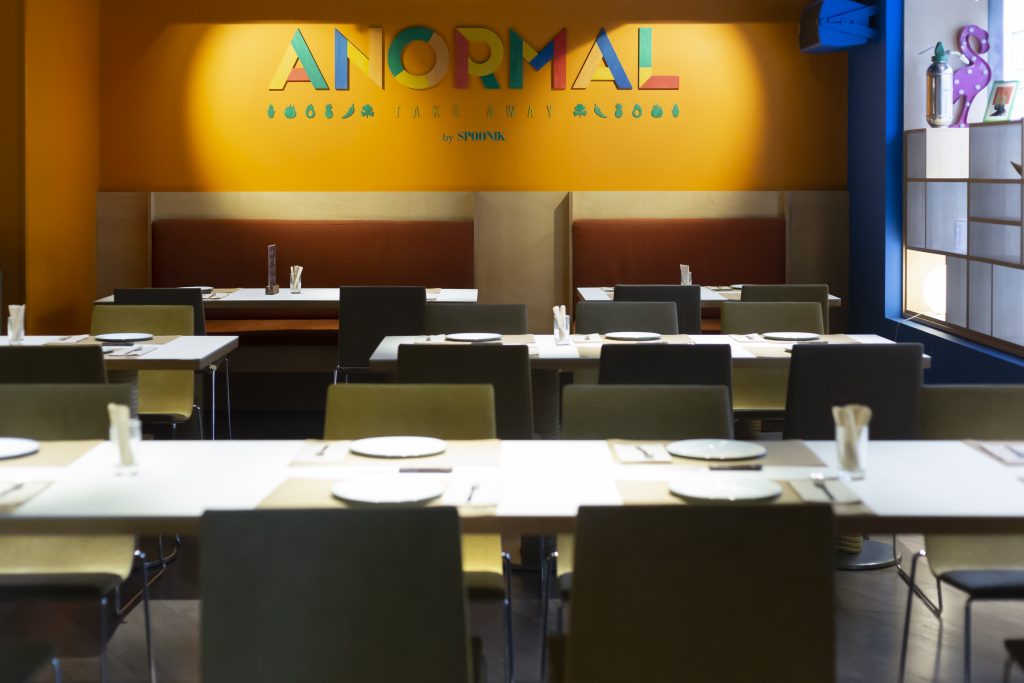 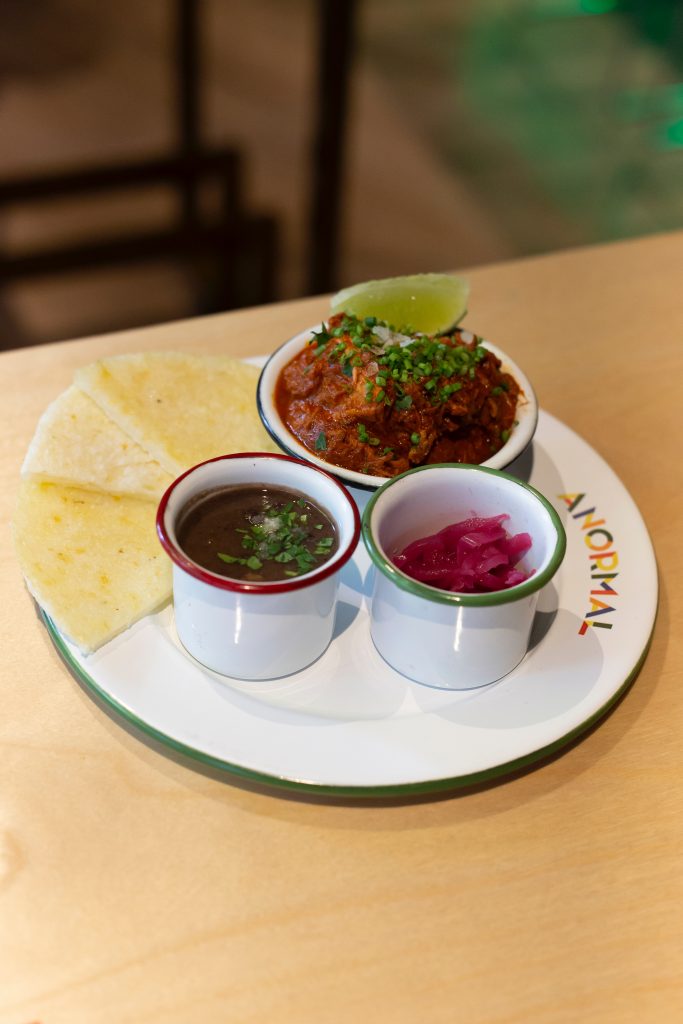 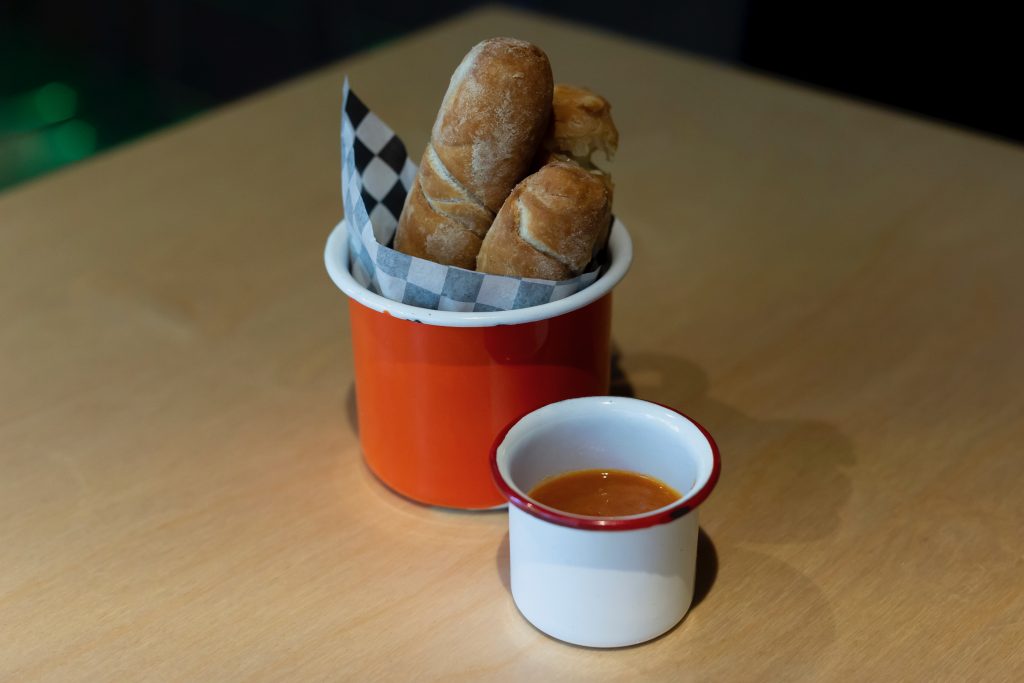 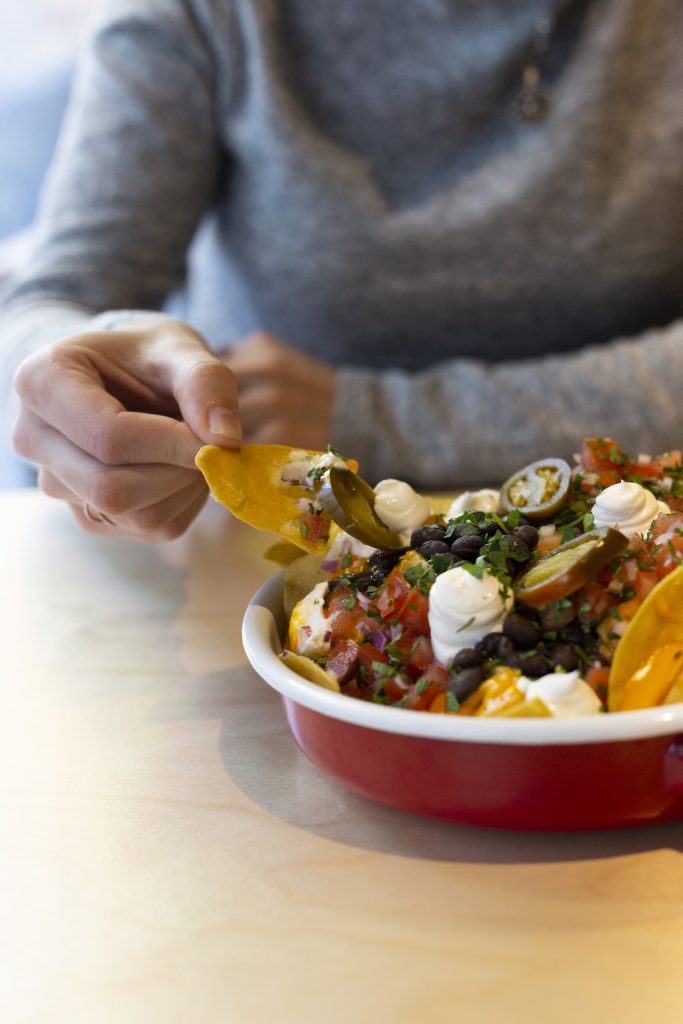 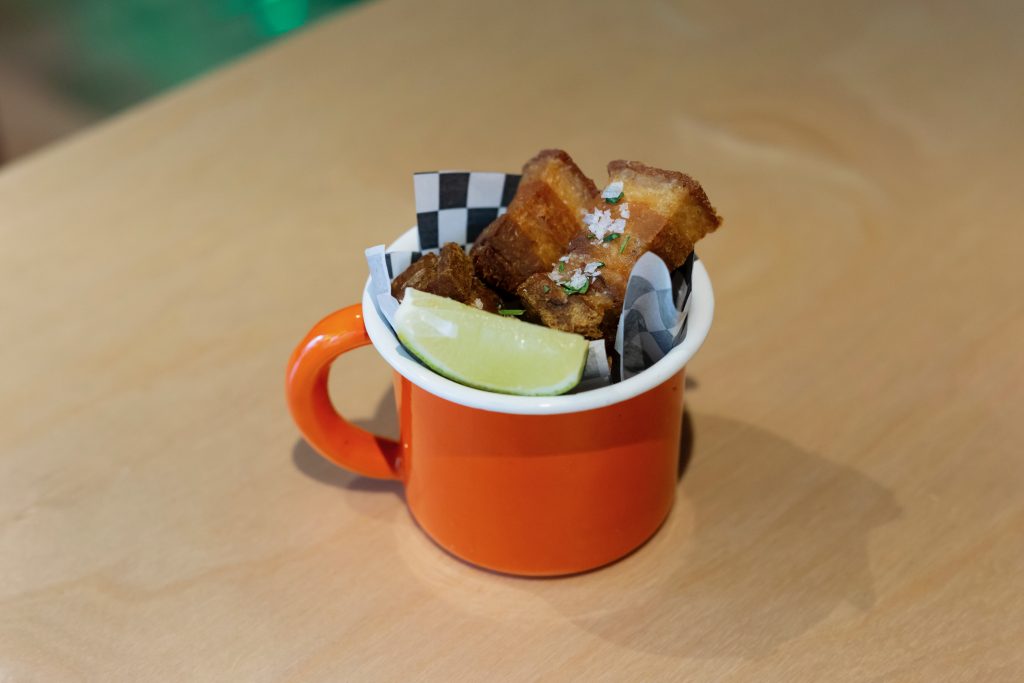 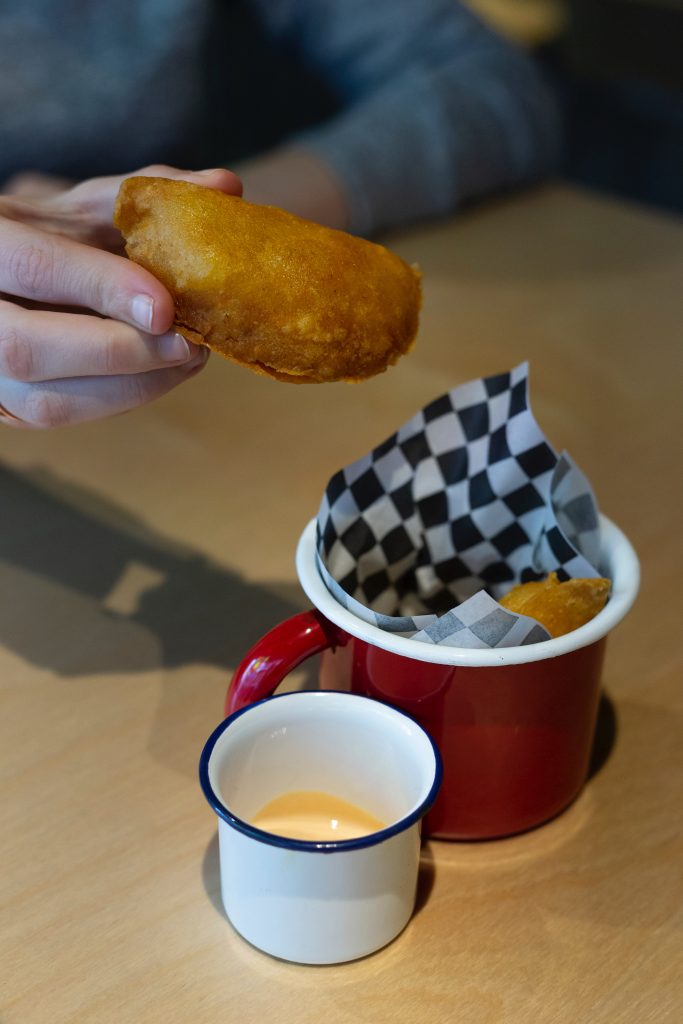