They have only been open for 9 months and it is already going strong. Chaka Khan is sweeping, offering different services both day and night.

We have been seduced by the gastronomy of a delicious brunch that has made us travel the world with a kitchen full of influence from different countries.

The restaurant has just added brunch to its menu, called “Boom Chaka Laka Brunch” as a nod to the Pakistani Apache Indian song Boom Shack- A- Lak . And they allow us to taste it every weekend from 11 a.m. to 4 p.m. The rest of the week we found a completely different menu, but just as attractive.

Located in the Raval neighborhood, for just a month now, it has taken a risk and offers a completely different menu than what we have been seeing. An explosion of flavors infused with dishes of various cultures to make us enjoy and feel like we have never done before. Of course, all accompanied by a good rhythm of reggae, soul and afro, which marks us the DJ.

To start the morning and wake up after a week of work, we get energy from a good coffee and a “Green” juice; kale, green apple, cucumber and mint, which is not only an antioxidant, but also gives us a great content of vitamin K for sight and to balance the metabolism. And an author’s cocktail “Madame Valparaíso”, based on pisco macerated with English Breakfast Tea, pineapple jam, peach, lemon, maple syrup and egg white.

To eat, we start with the “Tortilla Bangla”, which consists of eggs with red and green pepper mince, onion, tomato, lime and cilantro, seasoned with a mixture of spices and toast of rye bread. As its name suggests, it receives influences from Bangladesh. Super juicy and tasty.

Some “Crab Tacos” of soft shell in a pan bao with tomato, ginger, lime, mint and peanut sauce that are from another world. Very colorful, and very original since you can see the whole crab inside the bread. This is influenced by Mexico and Thailand.

To continue, the “Hawaiian Poke”, composed of ecological red quinoa, Japanese rice, edamame, pineapple, beetroot, avocado, Persian cucumber and peanuts with Nikkei dressing. With a touch influenced by Japan that transmits a lot of flavor, color and freshness.

And finally, to leave our palate with a sweet taste, are the “Pancakes with white chocolate sauce and Amarula cream.” Coming from Russia and with a touch of South African liquor. With a pump of sugar for proper measure, it will make us want to return to Chaka Khan every weekend. 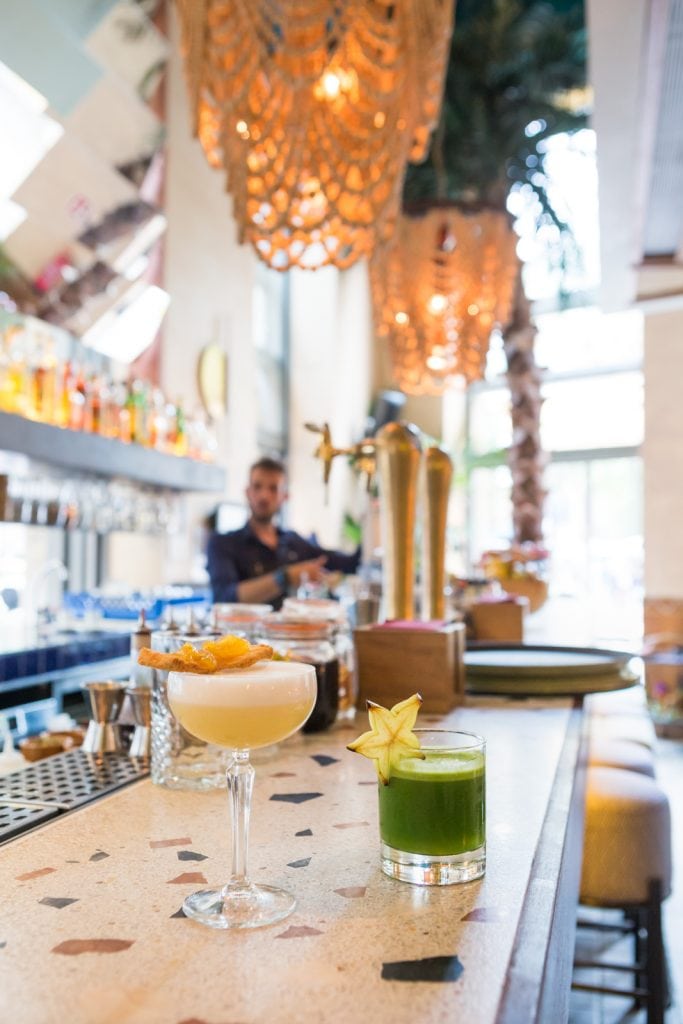 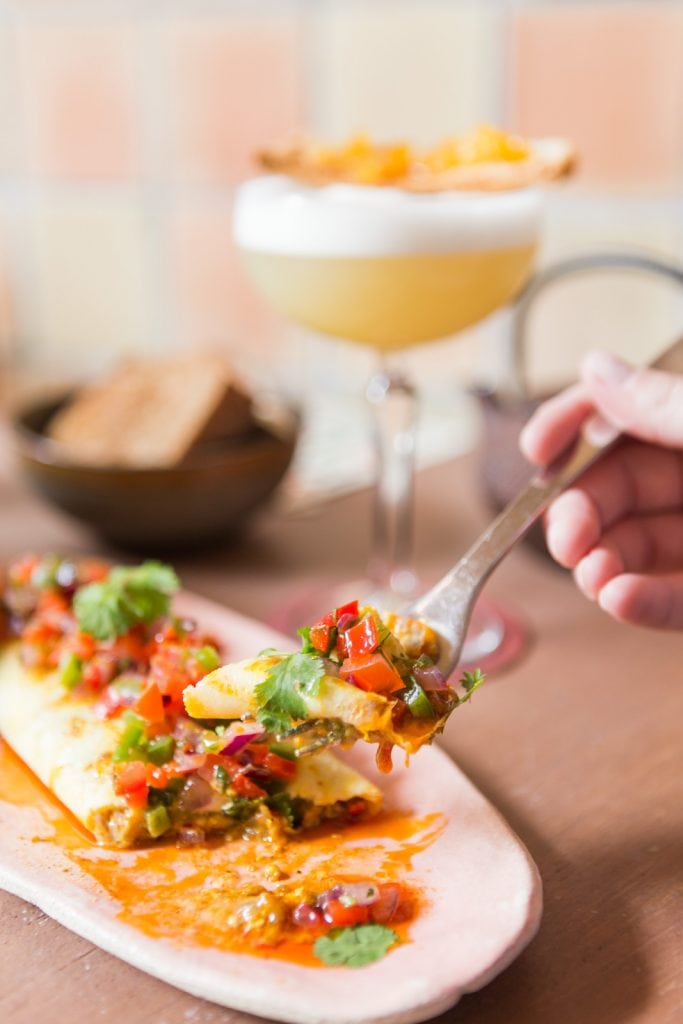 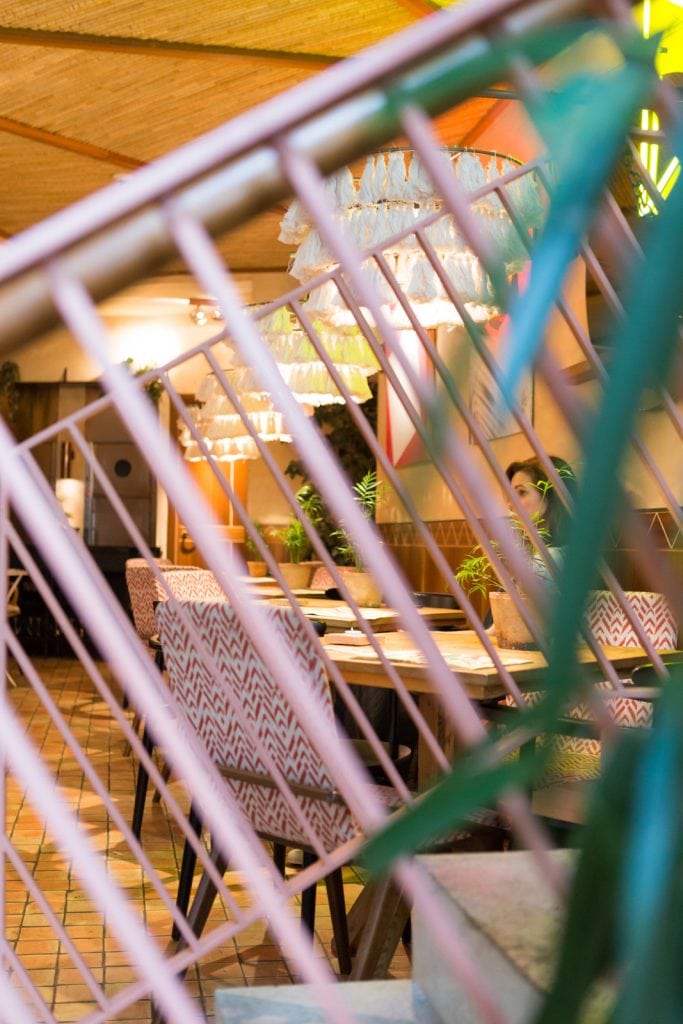 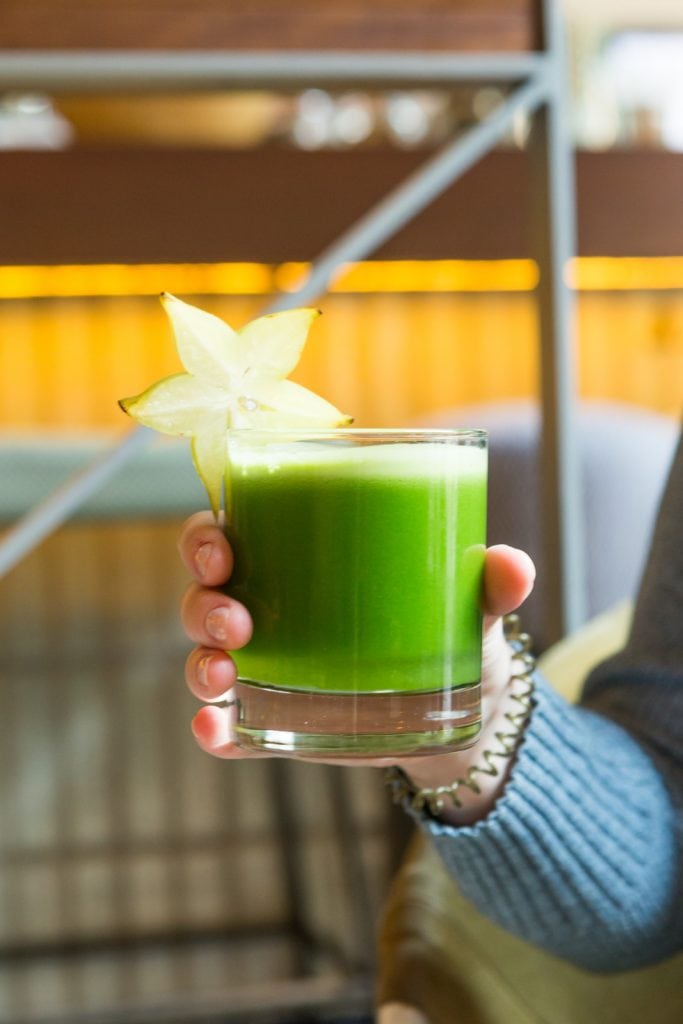 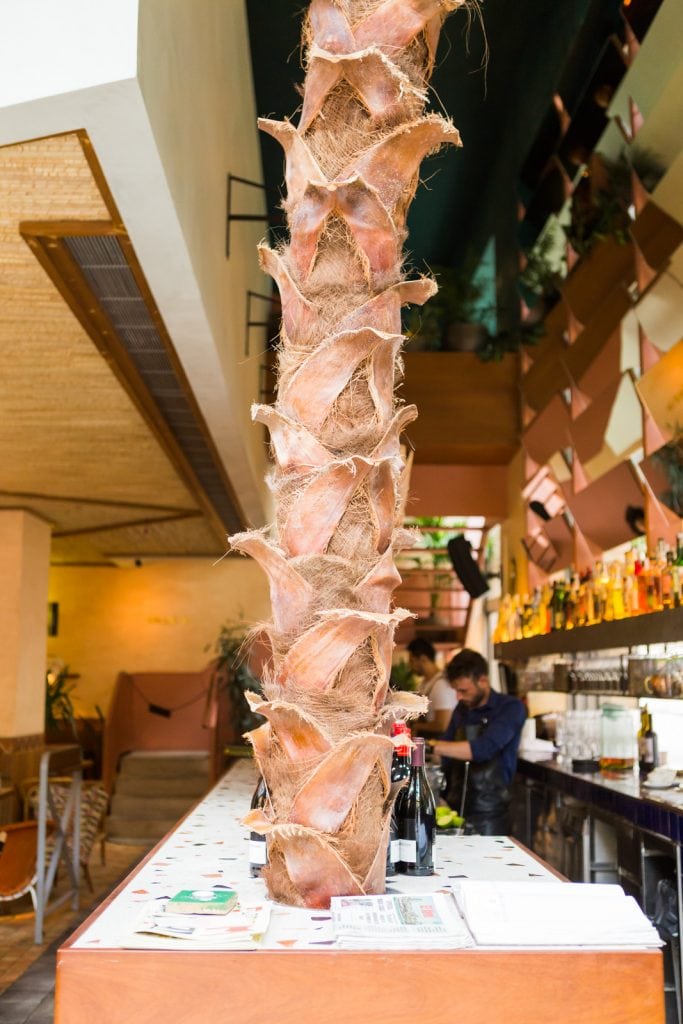 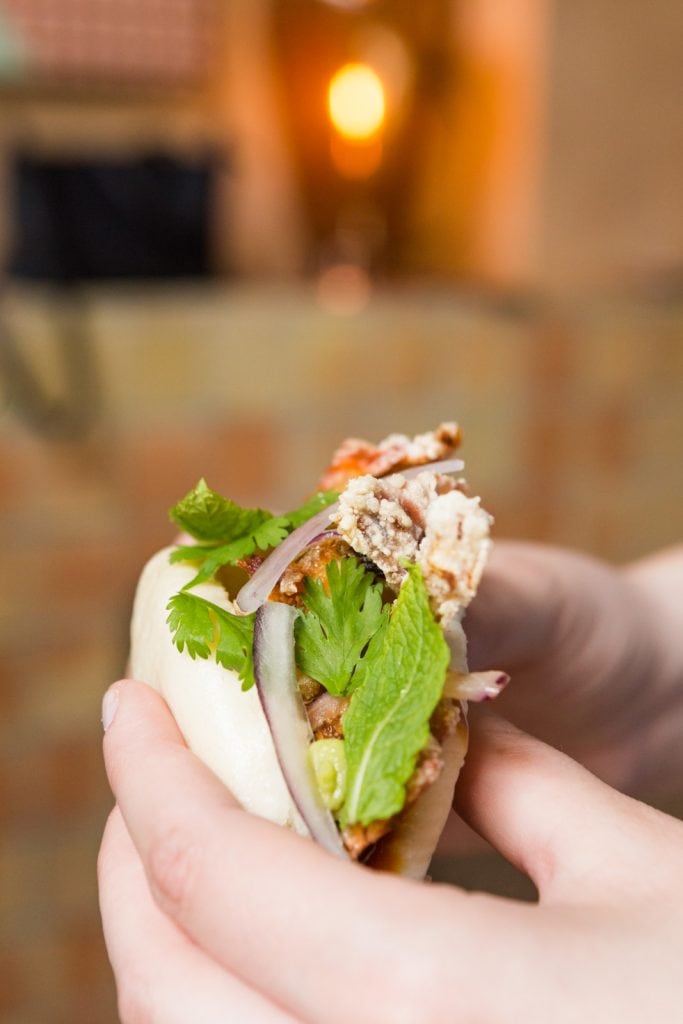 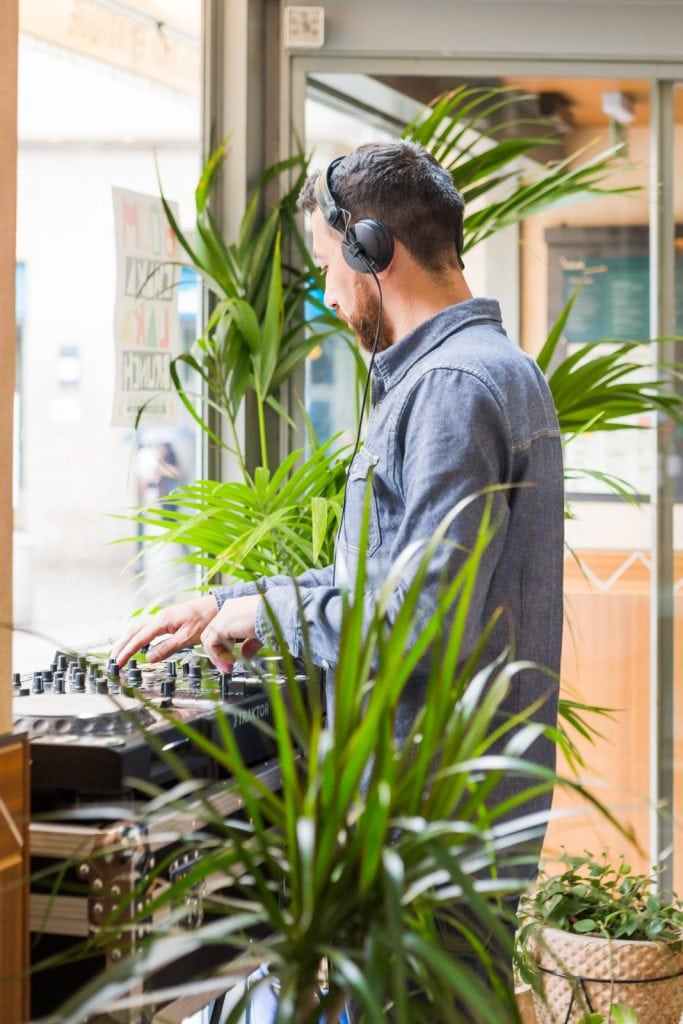 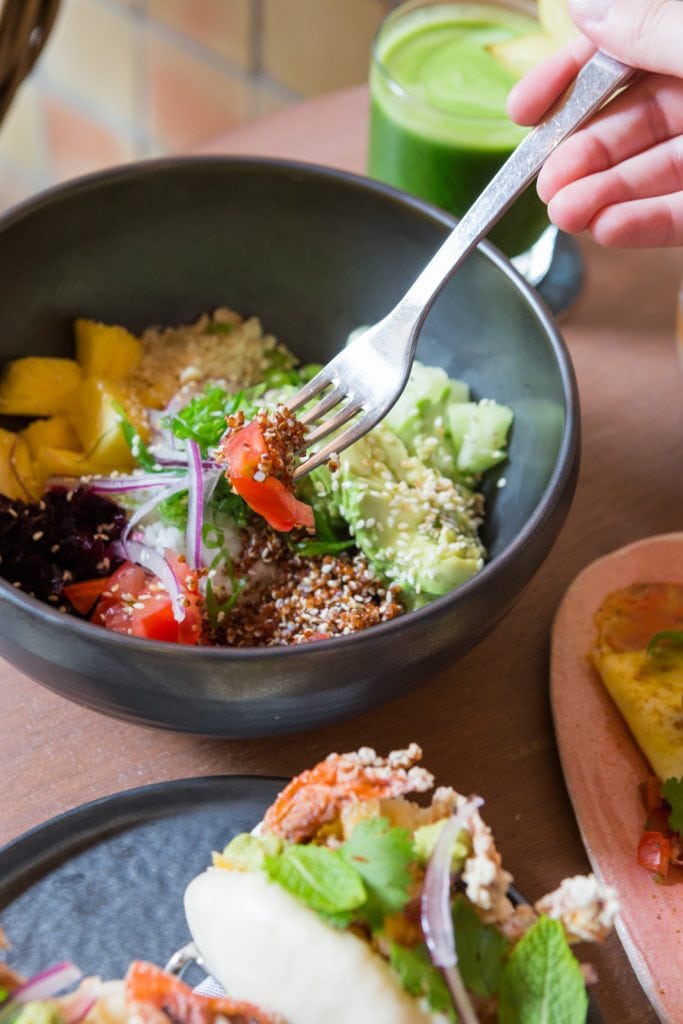 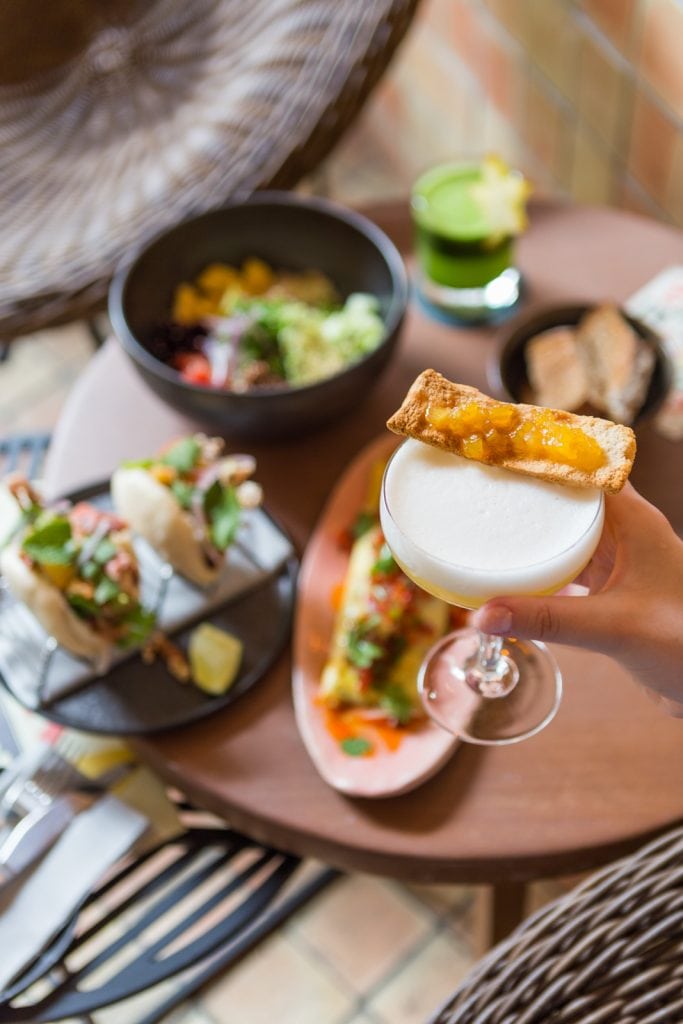 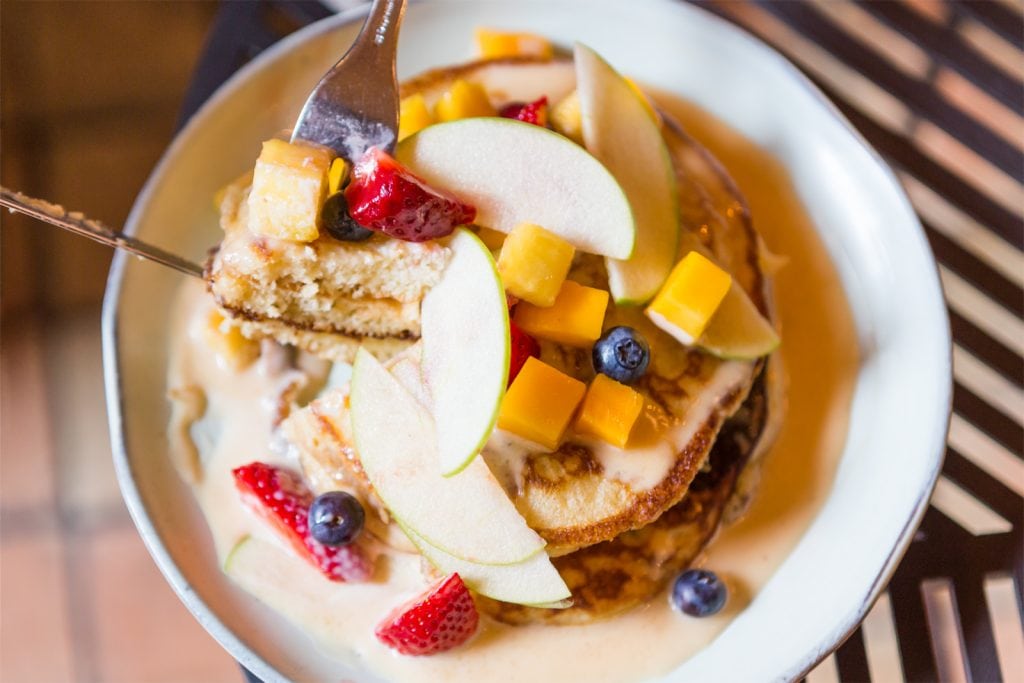 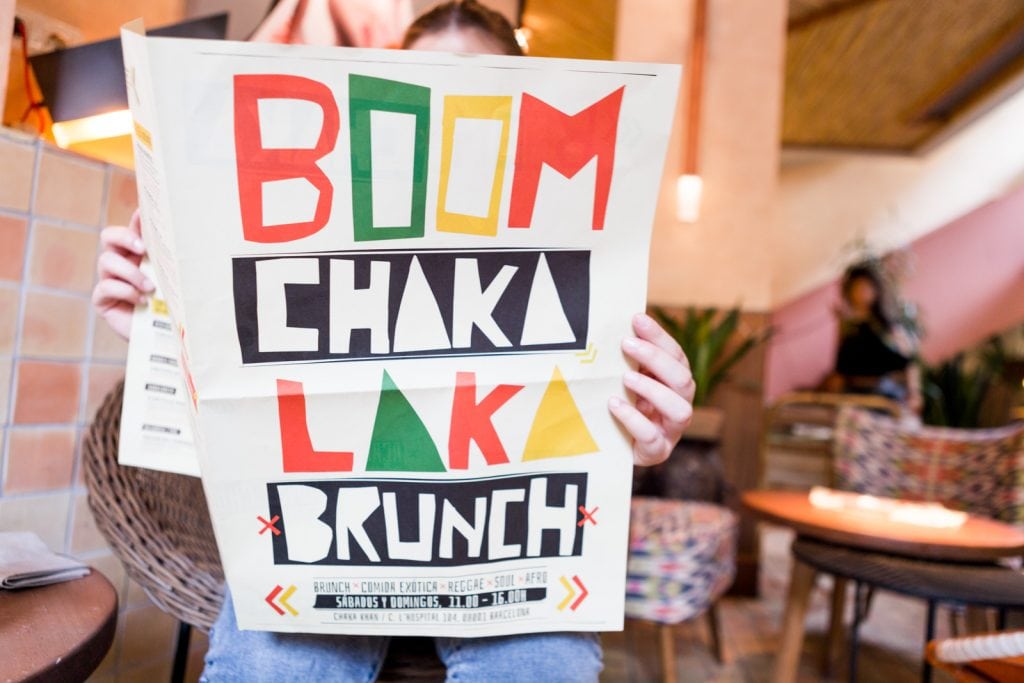 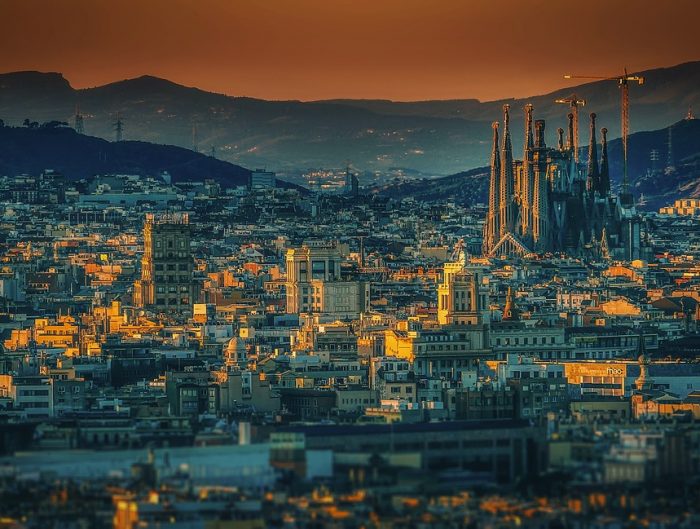