There’s no doubt that at Condumios — a name which in Spanish refers to dishes and stews that you eat with bread — the name was chosen very well. In the restaurant, you’ll find traditional food so delicious that you won’t be able to resist dipping bread in each one of their dishes. With a nod to the taverns of old but with a modernized twist, Sebastián López Robledo has achieved the restaurant he always wanted to create: a restaurant that revolves around the ingredients.

Their kitchen produces traditional plates like Iberian pork cheek stewed with sherry or Galician hake morsels. Their plates are full of flavor, that flavor that reminds you of home-cooked food; a flavor that makes your mouth water as you savor the quality of each ingredient that’s on your plate.

Located mere meters from the Retiro neighborhood, Condumios Tavern refreshes its menu every season, since their plates are composed of seasonal ingredients. All their dishes are united by the same philosophy, that of traditional food: meats, fish, stews, cured meats… these are presented every season on a menu that’s constantly adapting.

Without a doubt, Condumios brings you a very flavorful trip through Spanish cuisine: from the Mugardos octopus, crossed through the center with marinated tuna, to a flavorful turbot with a curl of fine herbs. Condumios is a perfect restaurant to go with a dinner guest who likes food based on tradition and flavor.

Their desserts are along the same lines as the rest of the menu. Yogurt with pineapple compote, goat-cheese cheesecake with an orange sauce, or Tudanca puff pastry filled with pastry cream and strawberries are some of the sweet offerings that Sebastián suggests you end your meal with.

When you walk by Condumios, don’t be fooled by the outside. Although on their upper floor, they only have a couple low tables and some high ones (this area is perfect for having a beer and some tapas), in the basement they have a large lounge that’s very welcoming, with carefully chosen decor and exposed-brick walls.

Because traditional food is always appealing, because well-made food dominates in this establishment — don’t miss out on this tavern and the opportunity to enjoy the vast and rich cuisine that we have in our country. 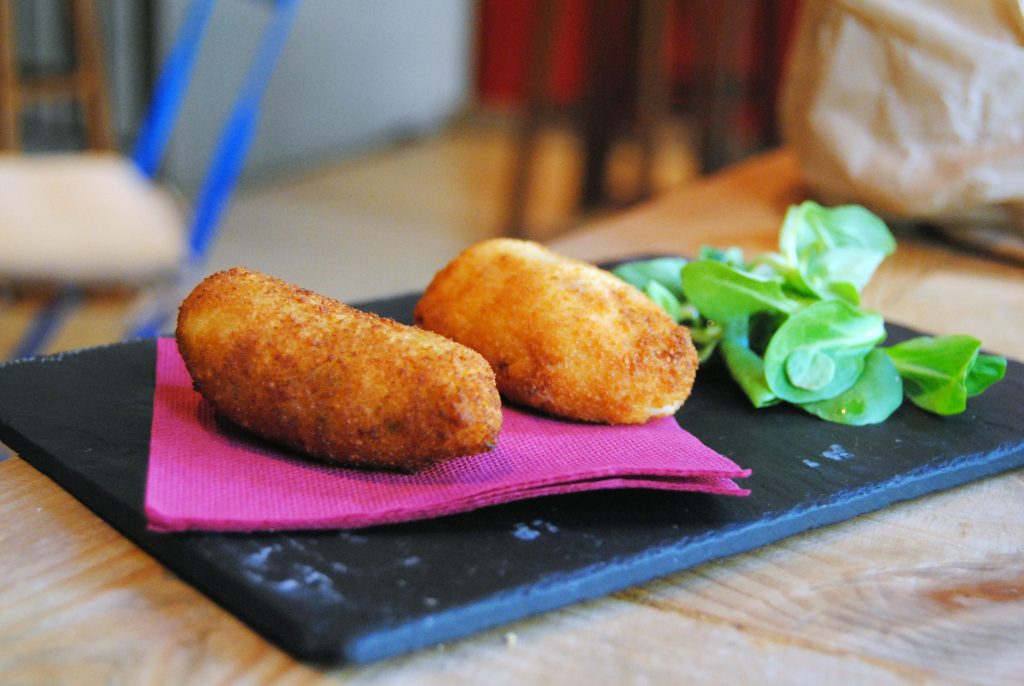 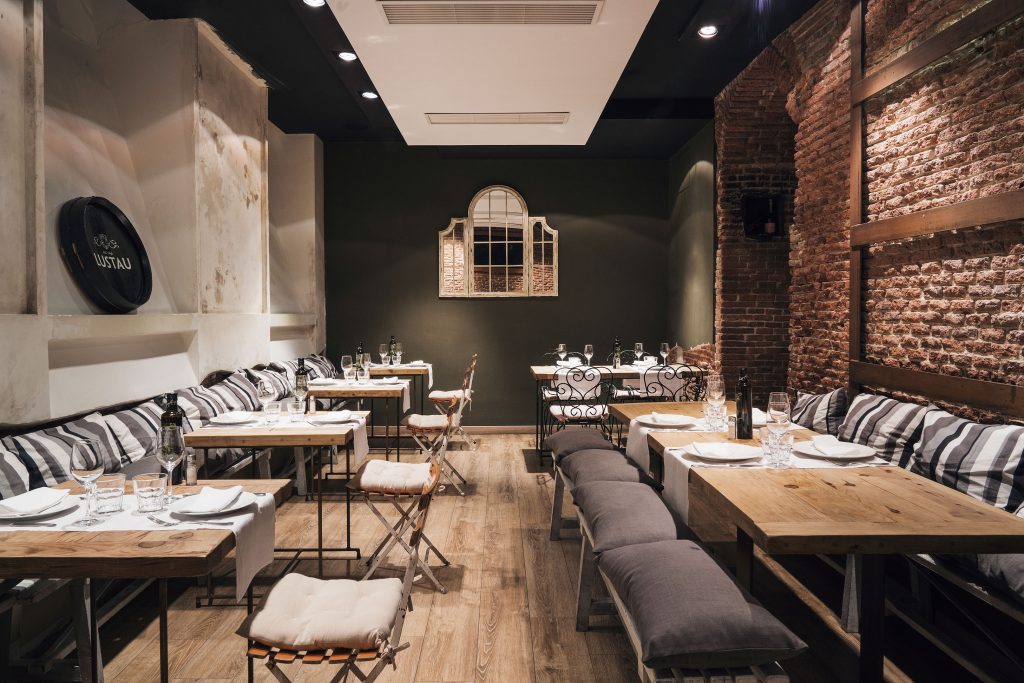 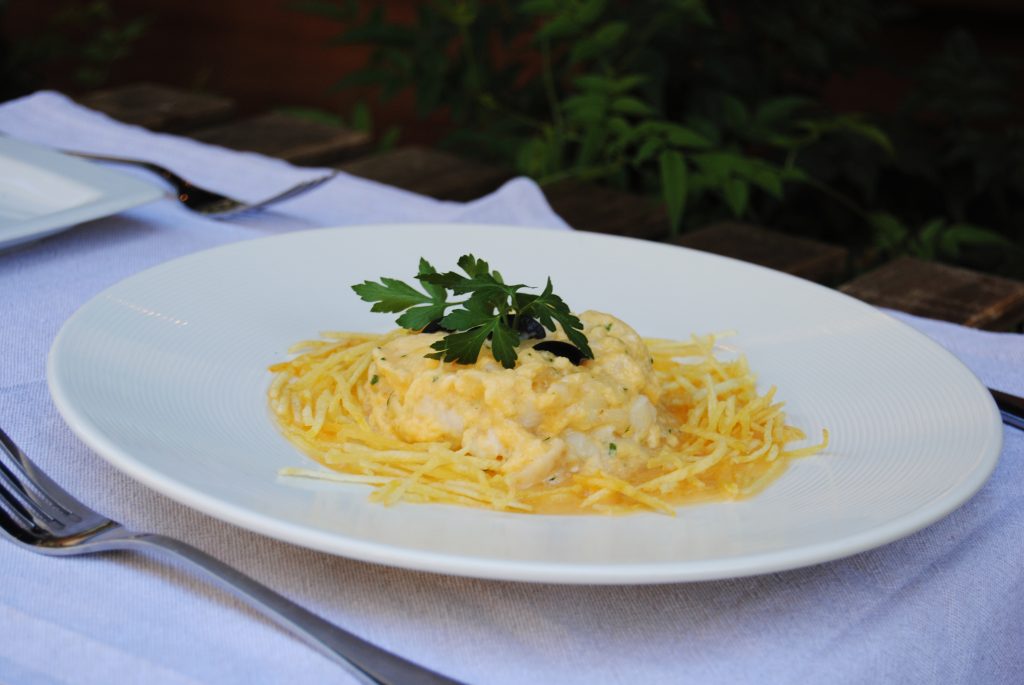 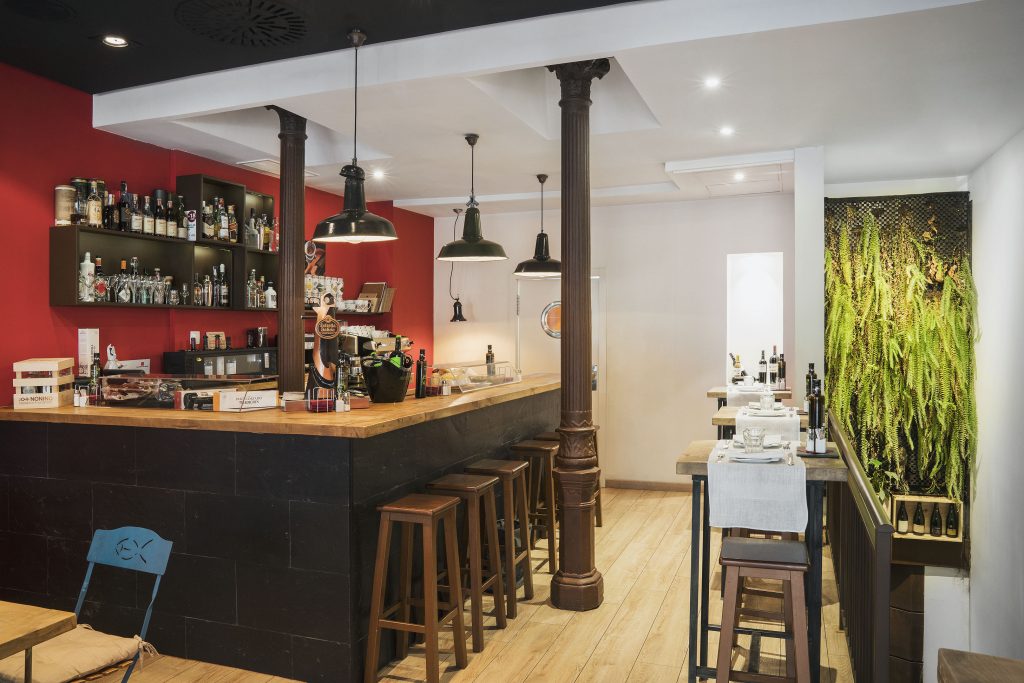 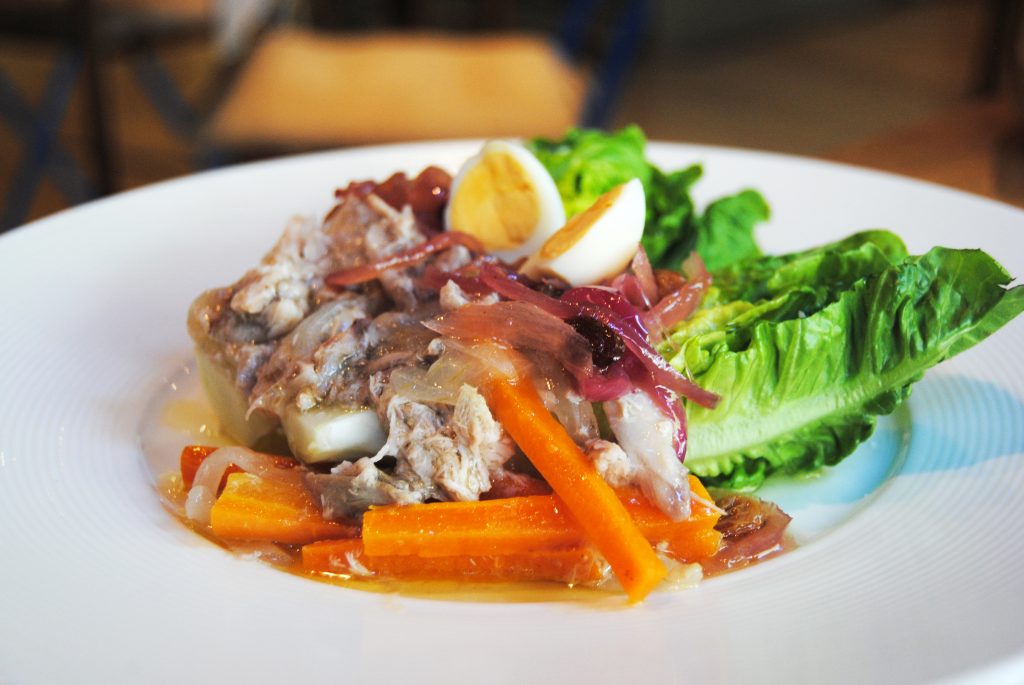 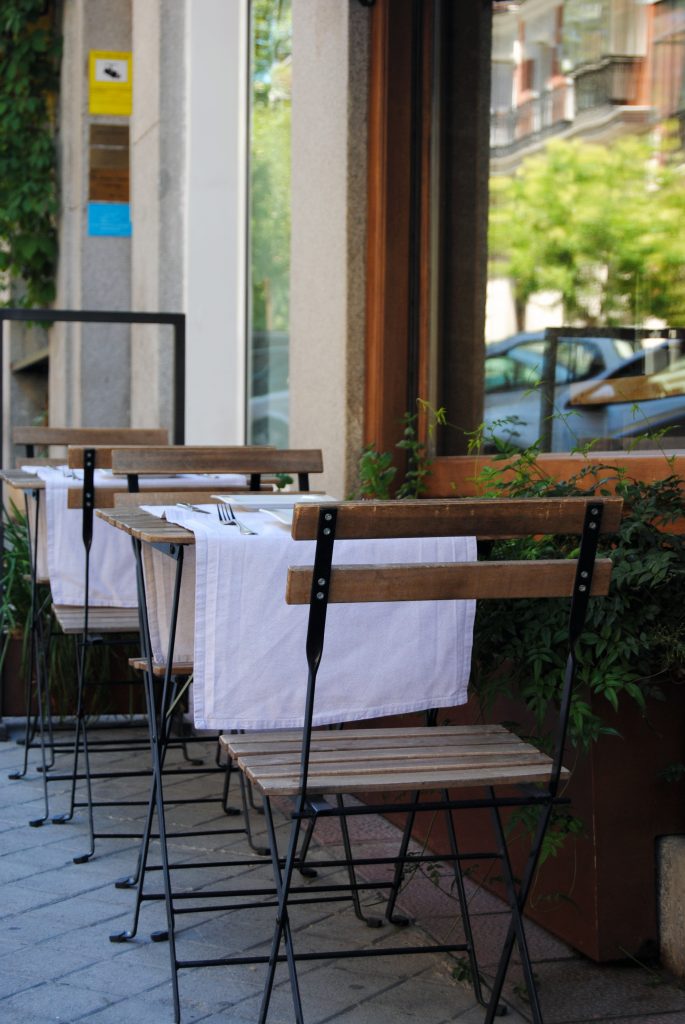 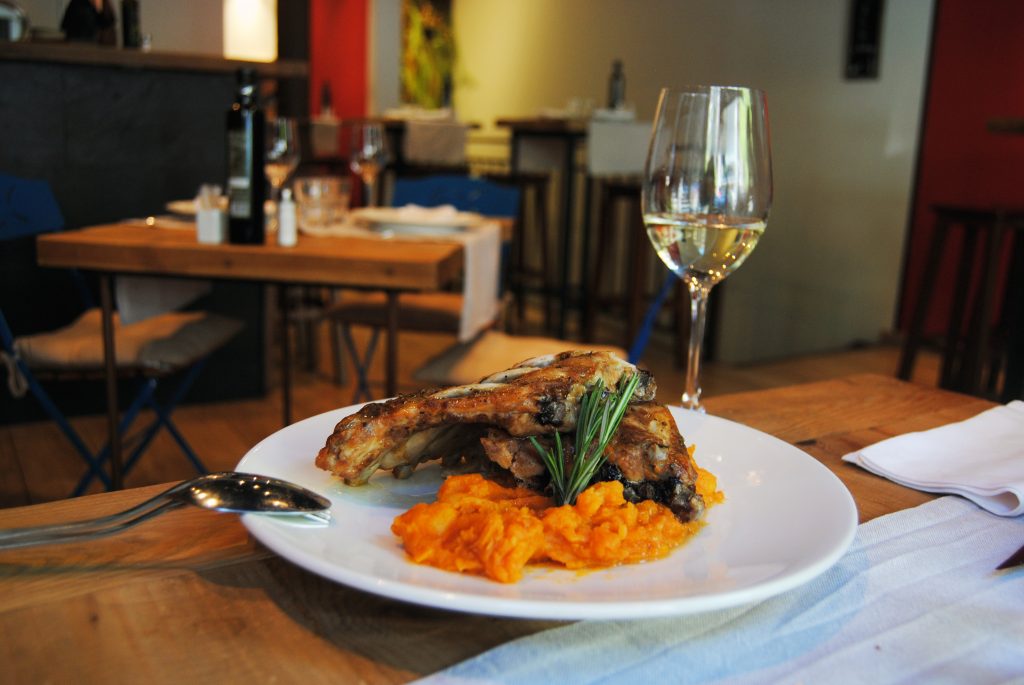 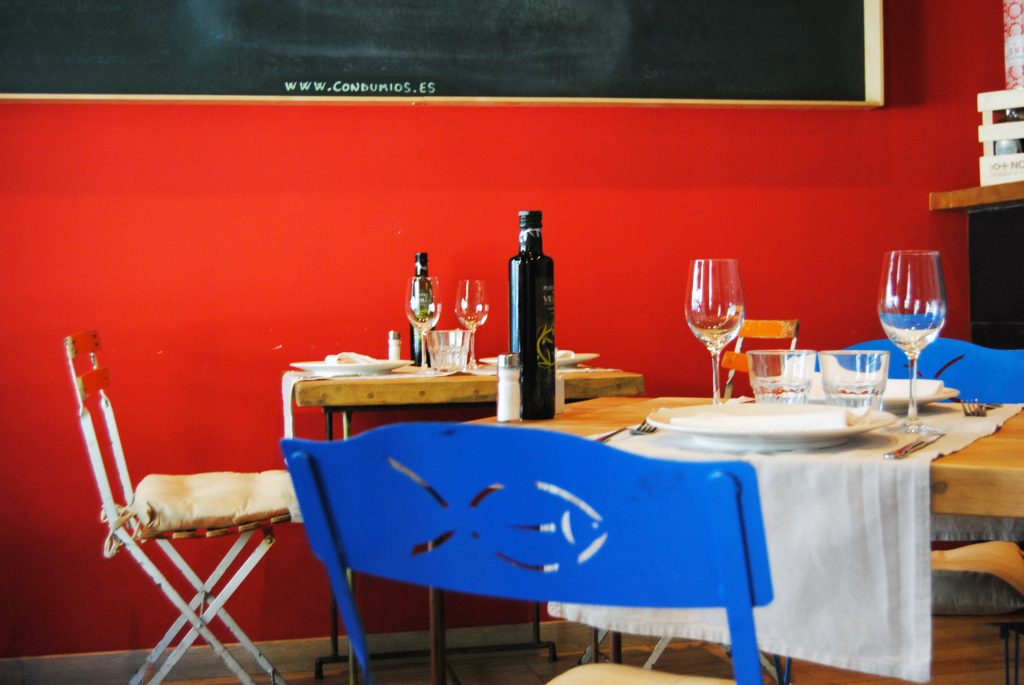 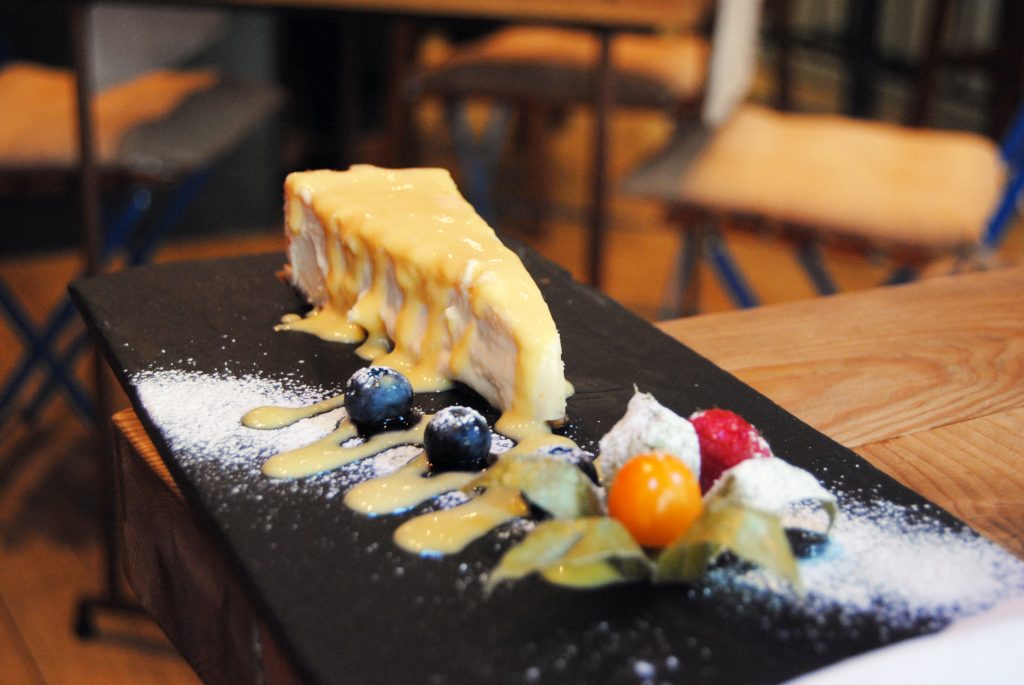 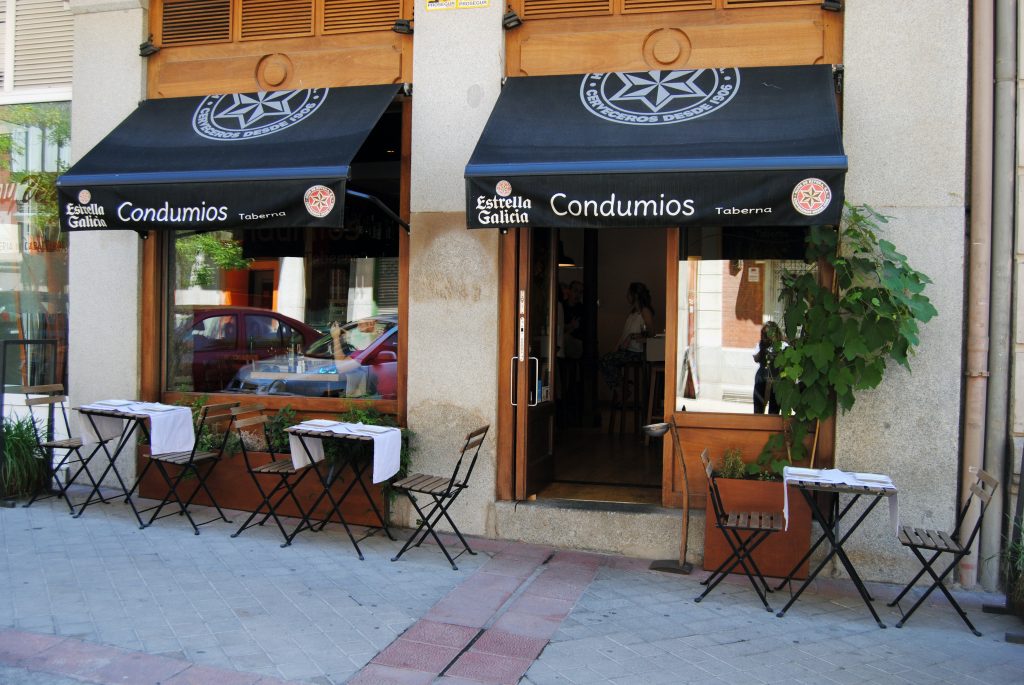 Hours: Mondays: 8am to 5pm / Tuesday to Saturday: 10am to midnight