Almost as an act of faith, the pillars of Dogma are based on three values ​​that should be non-negotiable in modern cuisine: product, good treatment of raw materials and a well prepared room. With these three messages as a base, the restaurant began its adventure in 2018, under the gastronomic seal of the El Pradal Group. The menu, well equipped with quality ingredients, is designed by Joaquín Felipe Peira, a benchmark of Madrid cuisine, who for years beat the copper in El Chaflán and in the kitchens of the Villa Real and Urban hotels.

He is responsible for a gastronomic proposal that puts special emphasis on seasonal products and classic preparations , which enhance the taste without masking it, but to which it endows with its own personality. For this he also has the invaluable help of Ria Katharina Jahnke, who officiates as head chef, and who contributes daily to refresh and update a menu in which purists and trend seekers can feel equally comfortable.

The generous starter menu includes international nods, such as eggplant caviar and pita bread, and also includes classic Joaquín Felipe recipes, such as marinated sardines with pipirrana and Iberian torrezno, or a different way of enjoying foie gras, where it arrives at the table in shavings on crusty bread and accompanied by orejones sauce and pedro ximénez wine.

From there we jump to a second page, with several options for pasta and rice. The menu also includes fish, which can be enjoyed on the grill -in kitchen seen from the moment you enter the restaurant- and which fluctuate in fish of the day or in preparations already well established in the orders. An example of this is the wild salmon and guacamole tartar -one of the delicacies prepared by Ria Katharina, whose mastery of salmon has led her to be a finalist in the Olivier Roellinger contest, 2019 Edition-; or the harmony of bluefin tuna and its seven cuts of ronqueo, vindicating the purity of a national product with world-wide fame.

But the ‘dogmatic’ ending comes with the meat. Matured dry by themselves , the carnivore orfeón that is prepared on the grill of this restaurant alone deserves an entry in the Larousse Gastronómica. Minimum of 35 days of maturing are necessary for one of your meals to be presented on the table . From there, the person in charge of managing those times is the master butcher who is in charge of the cuts, being very variable in size and type of cut.

The king, without a doubt, although only available by order and with price variations according to market, is the beef steak, that weighs three kilos -made for sharing- and that comes to pass in the ripening chambers no less than 150 days. The result is a meat with unique flavor, with a great infiltration of fat and with a marbling worthy of the best quarries of Macael. Together with him, in this high meat nobility, we find other proposals with international airs such as the t-bone or the new york steak, in addition to more patriotic references such as chop and sirloin. In addition, all these cuts can be enjoyed in a different way, since the two cow breeds with which the restaurant works with are the Galician blonde and the simmental, expanding the sapid fan of the consumer.

This feast culminates in a dessert of the highest and most unique caliber – yogurt foam with red fruits and cotton candy and an interesting pump of rice with milk and cinnamon. This is well accompanied by the enological offer of the premises – this restaurant offers more than 200 types of bottled wine, along with 90 other references of champagne, which make it one of the temples of sparkling wine in Madrid. In addition, to crown the liquid experience, the restaurant knows its way around the cocktail shaker – Sara Siles, responsible for the bar, offers a variety of classic cocktails and personal creations. Whether gastronomic classicism or irreverent modernity, Dogma offers the best product, with good treatment and complete character. 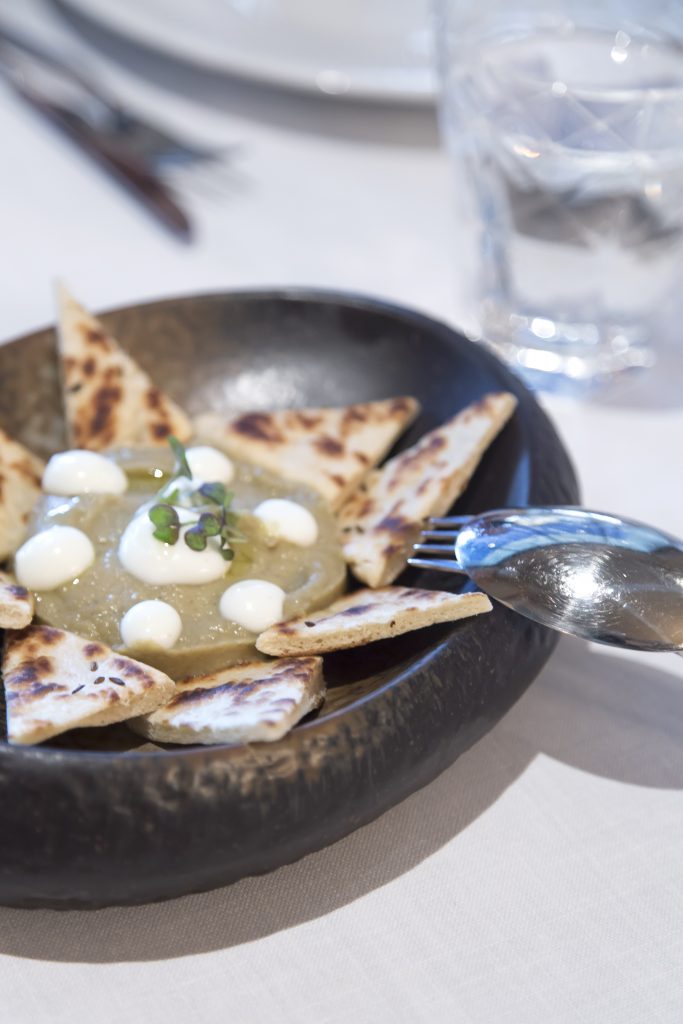 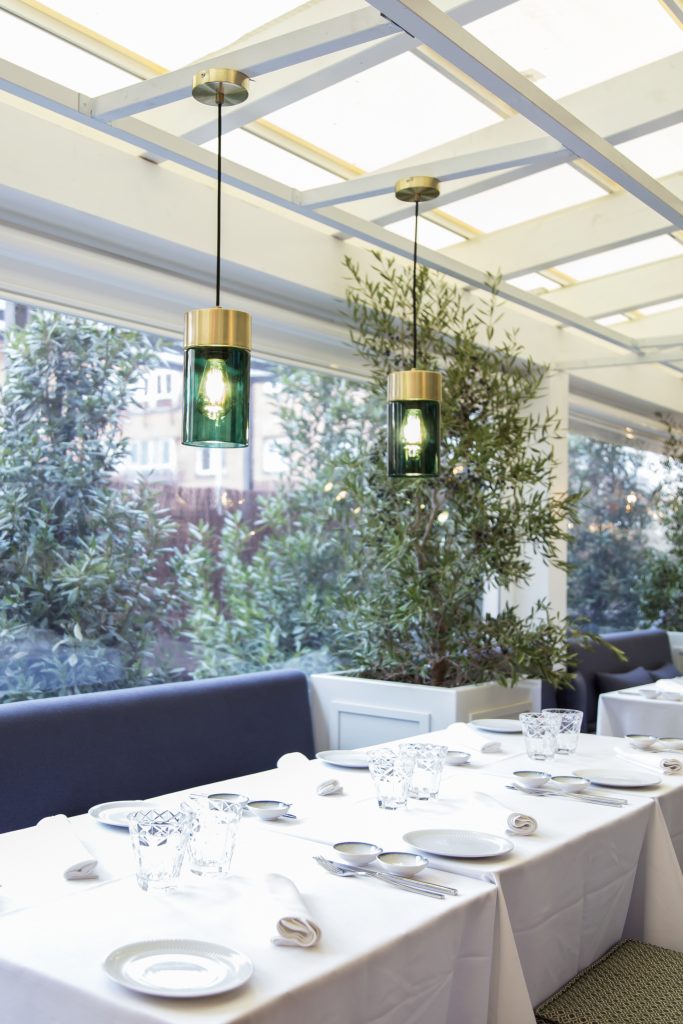 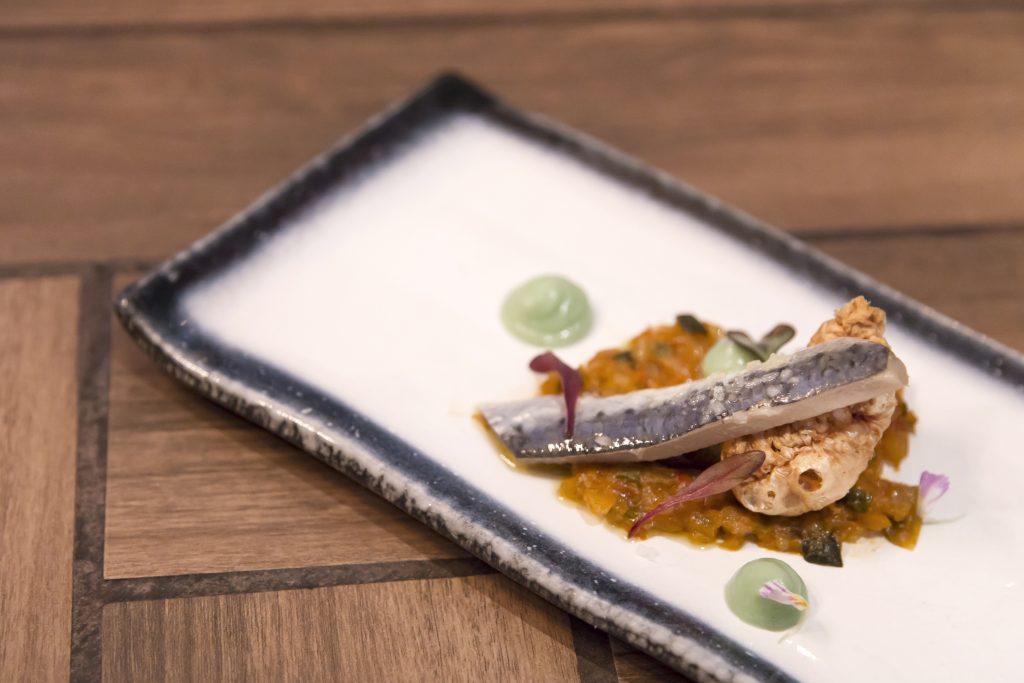 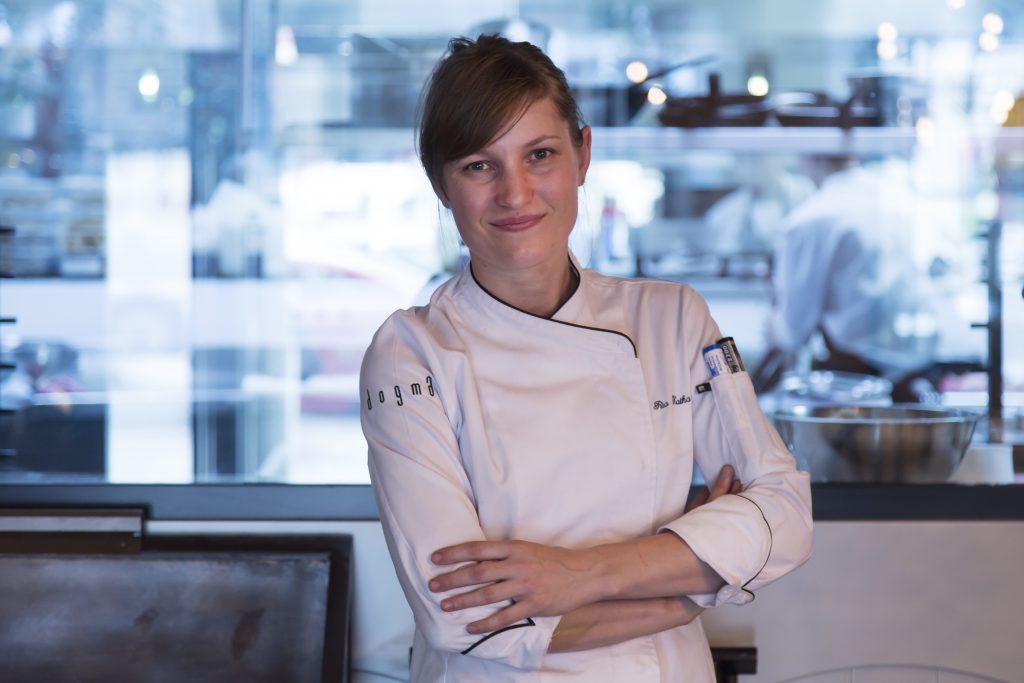 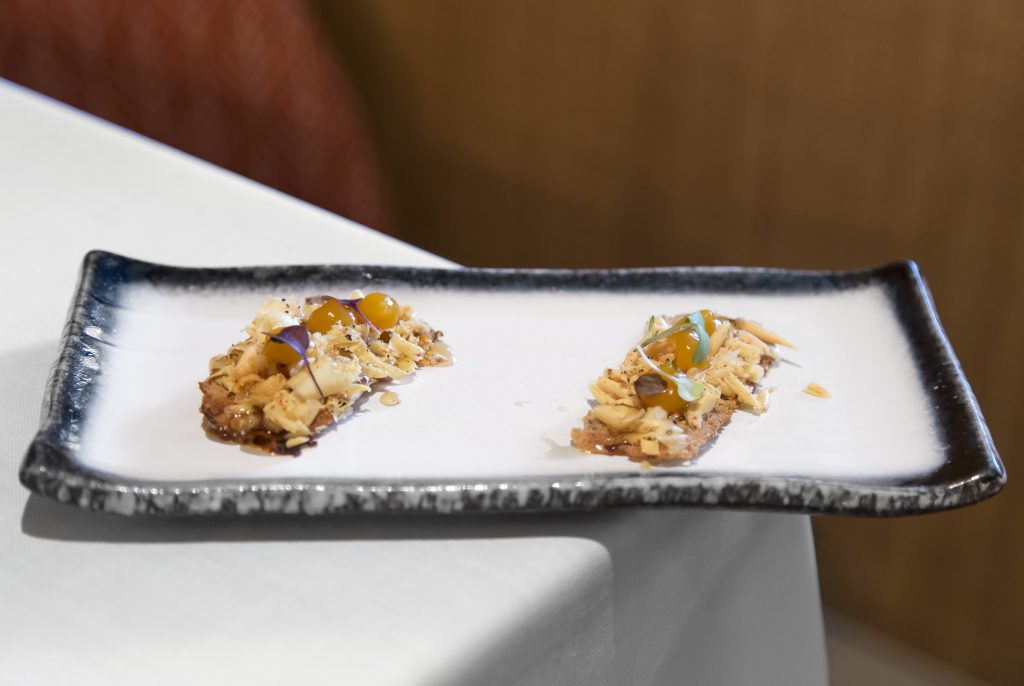 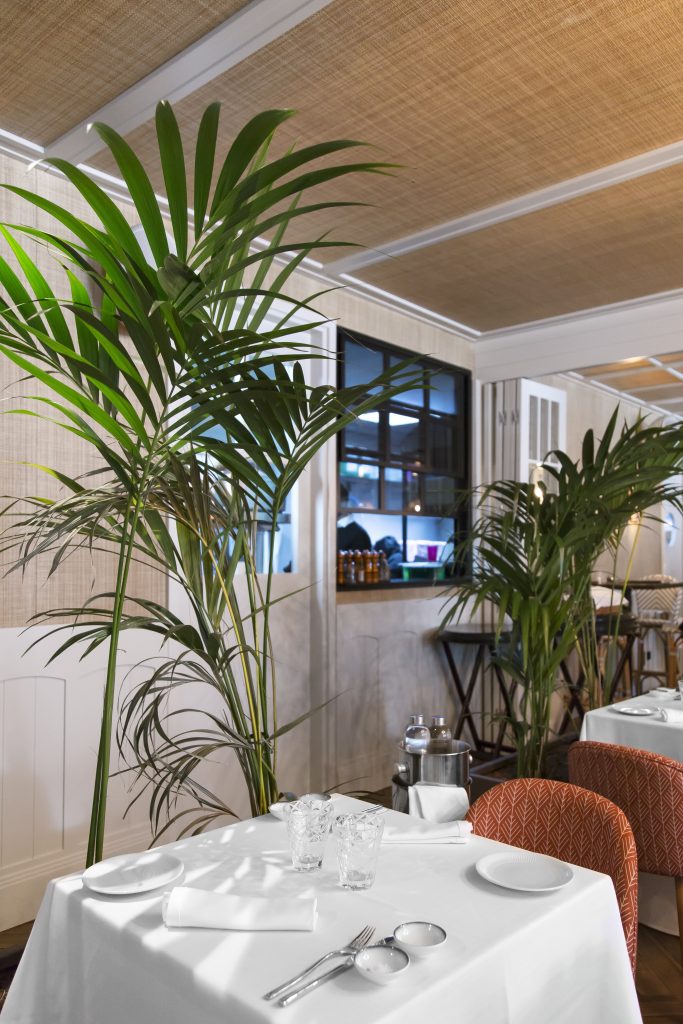 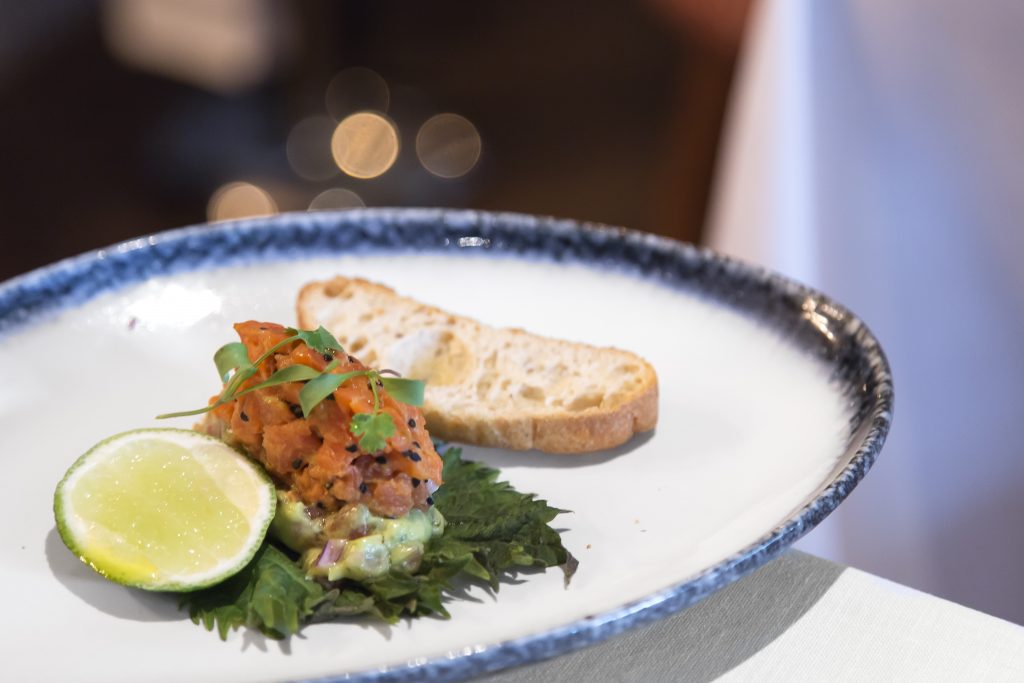 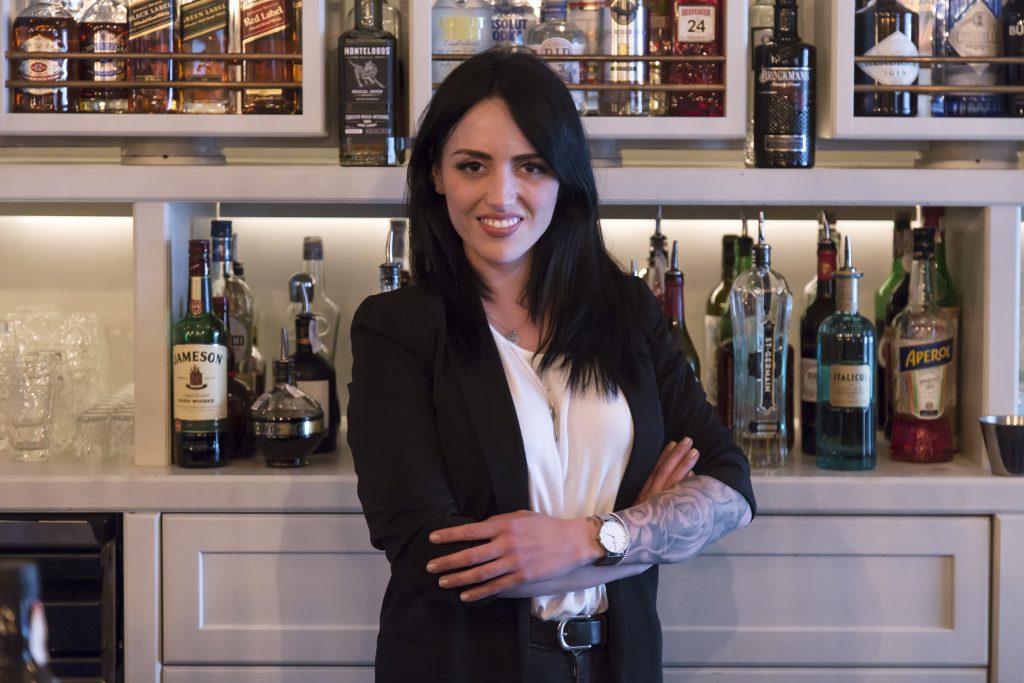 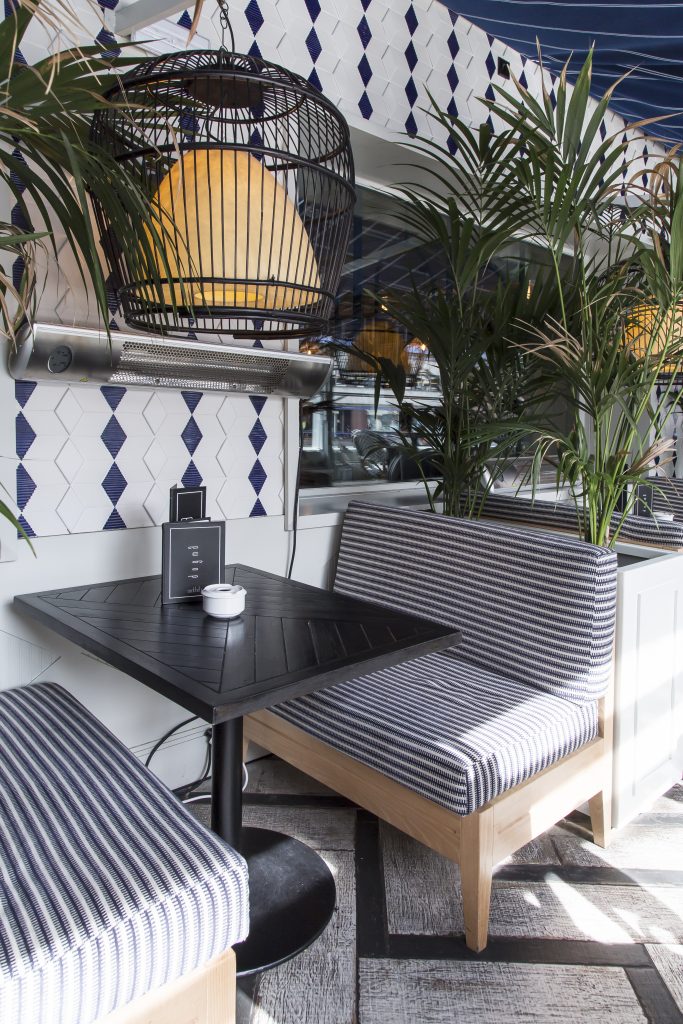 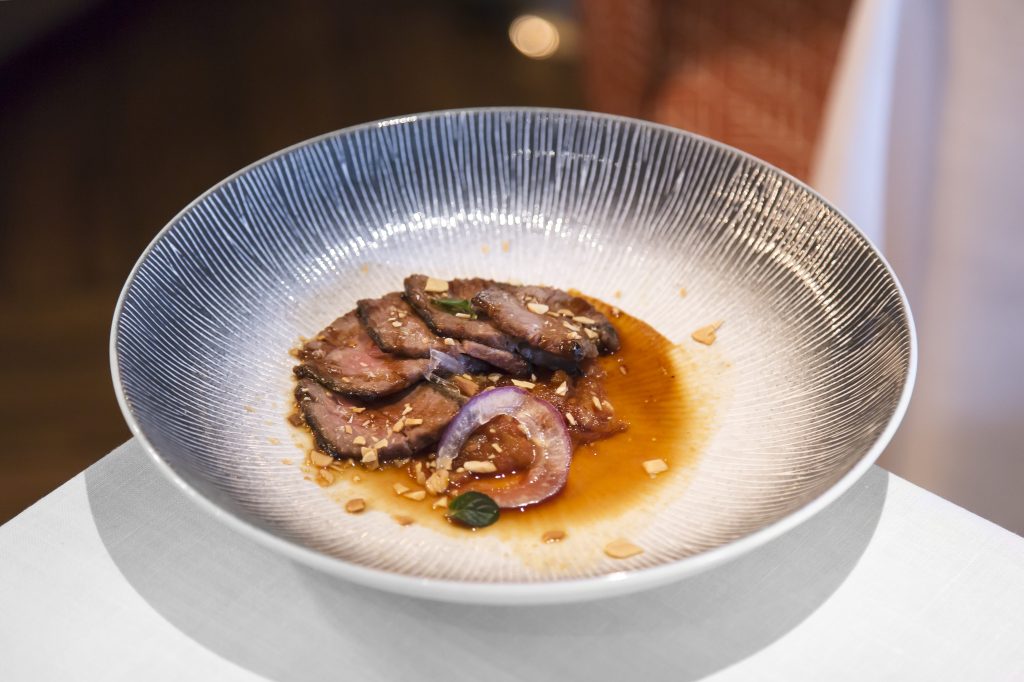 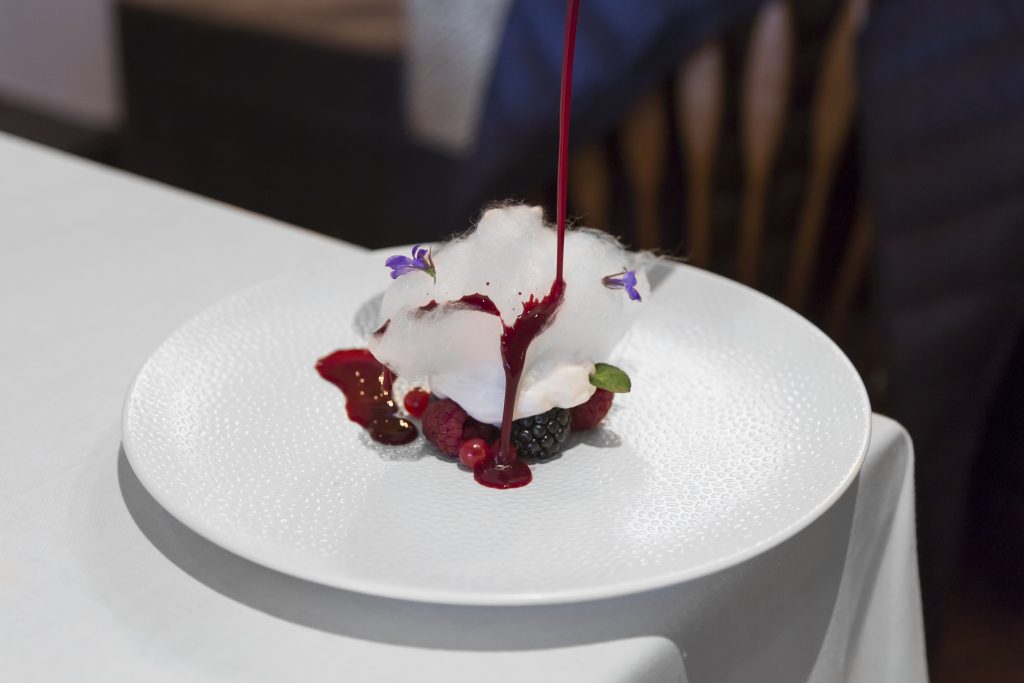 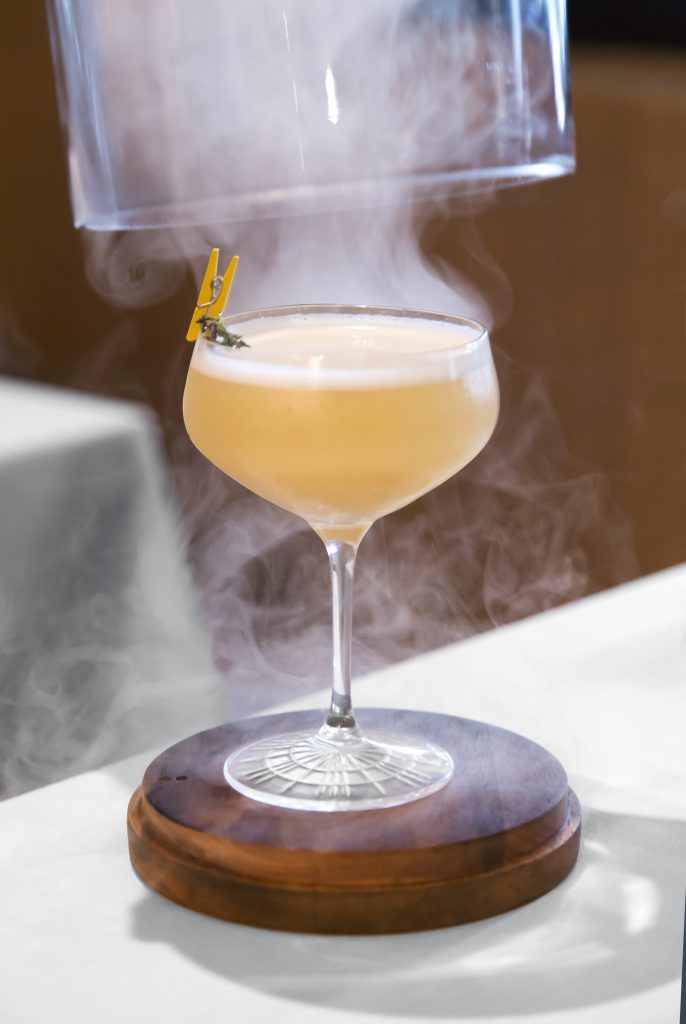