Huerta (Garden) of Carabana Becomes Their Season of Art

In the times in which to ensure quality suppliers is more complicated than ever, to be certain that what you produce is taken from your own land is a guarantee of success. Thus, the concept of vegetables from Huerta de Carabaña was born, which already reached many restaurants in Madrid, until its owner, Roberto Cabrera, decided to use his product for a restaurant under his brand after the good experiences of the gourmet corners they have in El Corte Inglés.

The name, as it could not be otherwise, should be “Huerta de Carabaña” a recognizable brand present in the supermarkets of El Corte Inglés in Castellana and Goya, whose history begins not far from Madrid. Located on the fertile plain of the Tajuña River, about 50 kilometers from Madrid, the land that Roberto and his family have been working for decades became the leitmotiv of a restaurant that values the vegetables.

This convinced Ricardo Alvárez, executive chef of the group, that from the kitchen dignifies the times, the flavors and the seasonality of a vegetable that needs to be respected in order to be enjoyed. “A lot of people are used to boiling them a lot, to take them out of season or to always turn them into creams,” says Ricardo. “Here we measure the times and the temperatures so that they give us all their potential”, says the chef with a past work experience in two Michelin stars restaurants.

The result is not only a living and fresh vegetable, but also a vegetable harvested until its last stem. The clearest example is of broccoli to carbonara, in which the boiled trunk is thinly sliced with mandolin, generally considered coarse, but with just cooking becomes a delicacy. Then, Ricardo recalls, “we accompanied it with an egg carbonara, pork guanciale and a broccoli flower on top”.

In addition to the identity of the vegetable is the restaurant’s own fate. Decorated by the interior designer Pepe Leal, Huerta de Carabaña, takes us to an eclectic space dominated by greens but not looking for the passing fad. “For us, it’s about being honest with what we do,” says Roberto. And that happens because the space claims the same as on the plate.

Dishes that not only live on vegetables, as Ricardo tells us, since it is not a vegetarian restaurant although the name may indicate it. Here, since they opened in the fall of 2016, customers who have looked for vegetarian options have come out satisfied but also those who are looking for fish and meat, where the same principles as in the vegetable are also respected: freshness and season.

A culinary challenge that for Ricardo is motivating but also complex. “We depend on the market and the garden every day, that’s why our menu changes day by day,” says the chef. Reason why finding dishes out of season here is a utopia. What is not utopian is turning sauteed vegetables into haute cuisine.

The aforementioned broccoli also adds an impressive lobster with brussel sprouts, detested by almost everyone in our childhood, who here enjoys a second youth in which the good treatment in kitchen allows its brilliance.

In the first case with a coruxo on rolled green beans, tender and fresh, which served as a preamble to the carnivorous end of the beef shank on a potato parmentier, of those that melt in the mouth, which required 11 hours of cooking at low temperature to achieve that mellowness .All this well watered by wines at hand, literally, since the restaurant’s cellar is in the eyes of the customer who only has to go there and pick out the bottle he prefers, all with the indicated price in the neck.

The result, as well-deserved as well interpreted, puts the culmination of a torrija flavored with saffron and accompanied by cinnamon ice cream that is worth its weight in gold in a restaurant where vegetables are the real queens of the party. 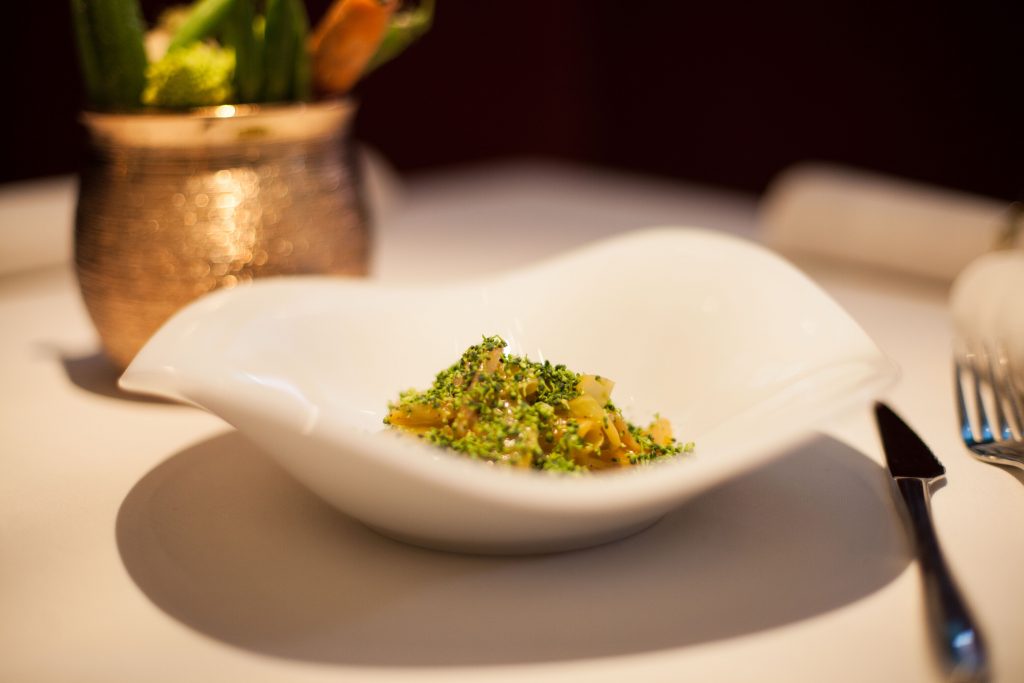 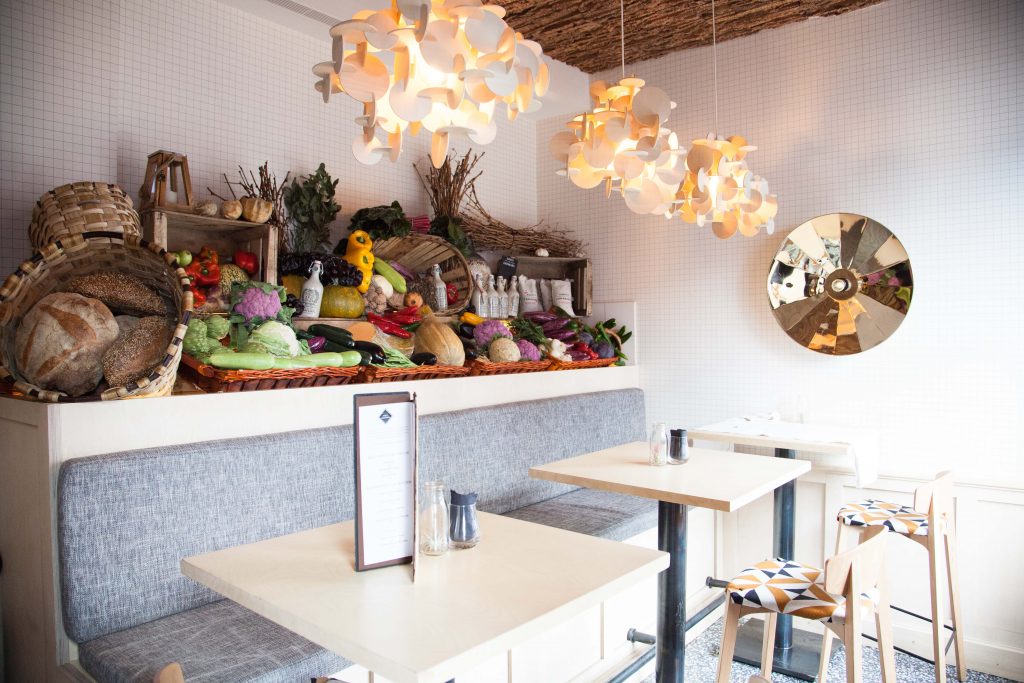 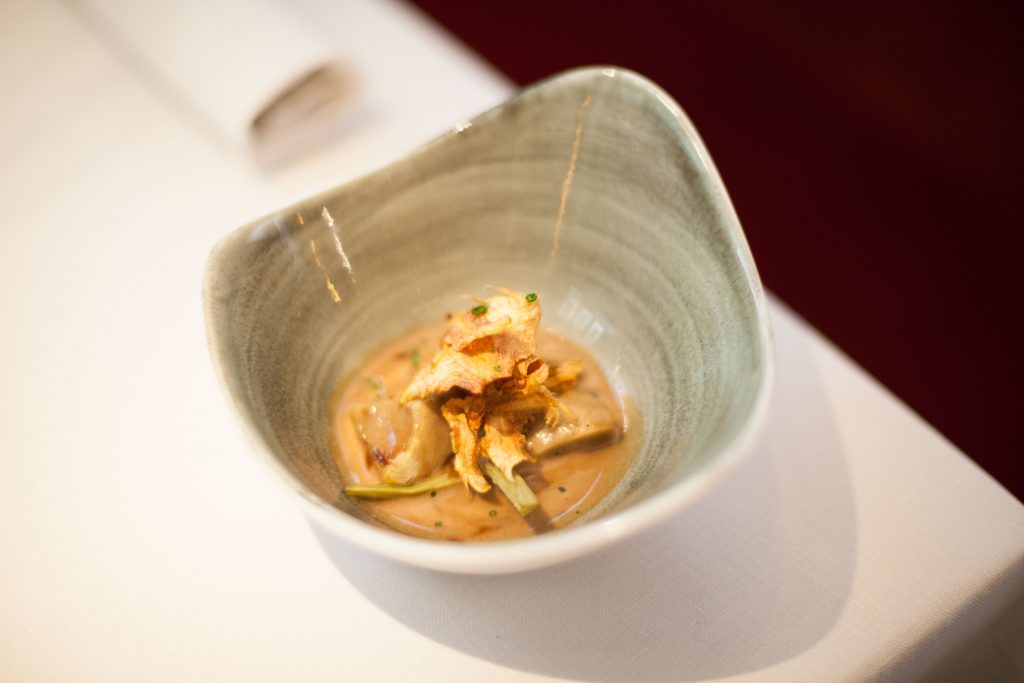 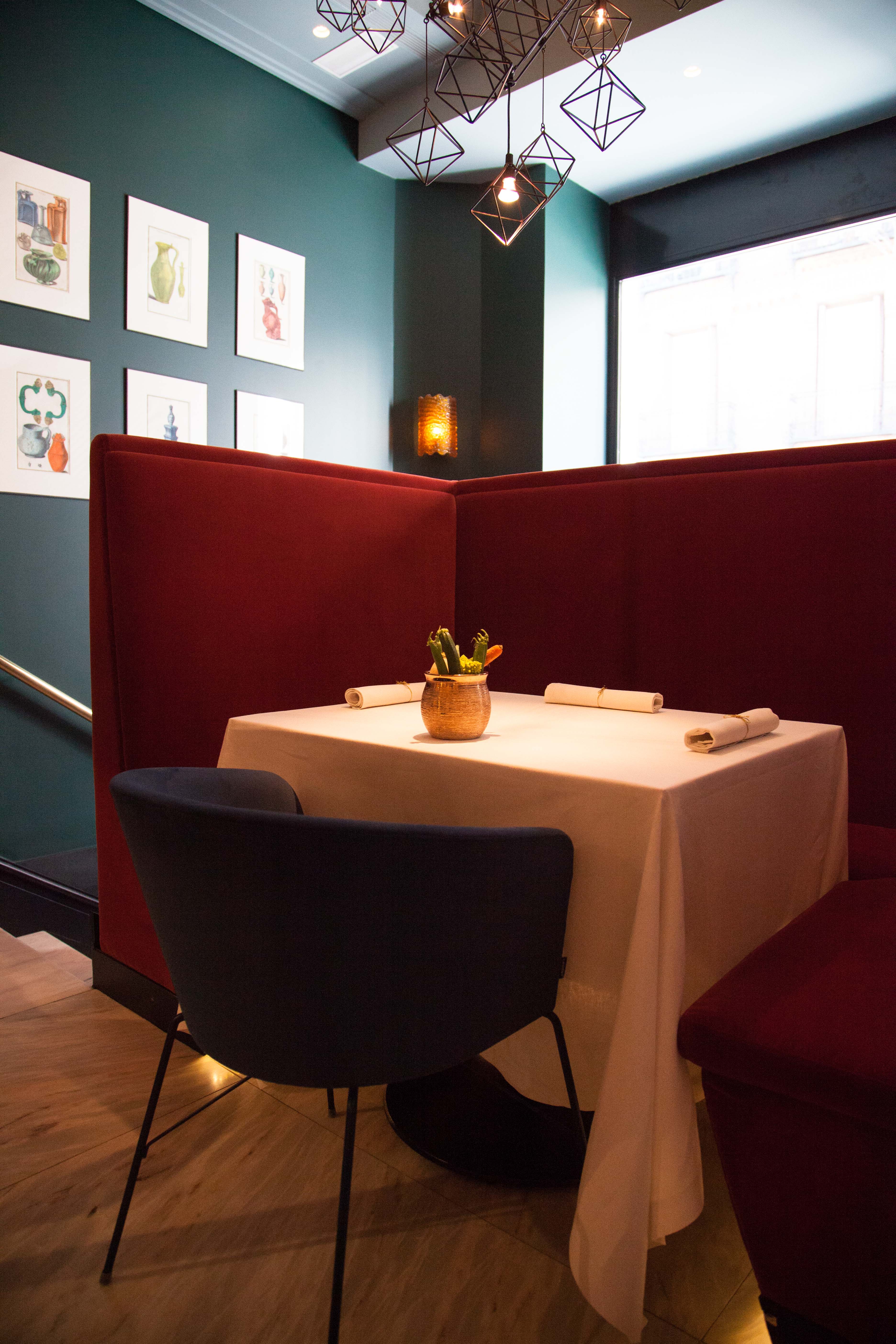 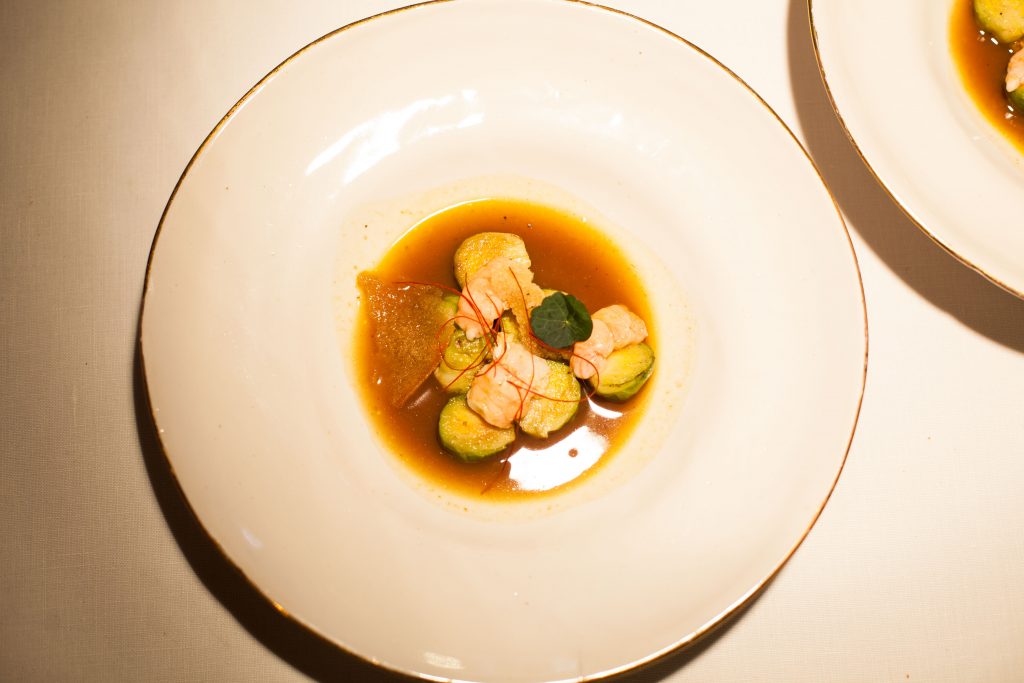 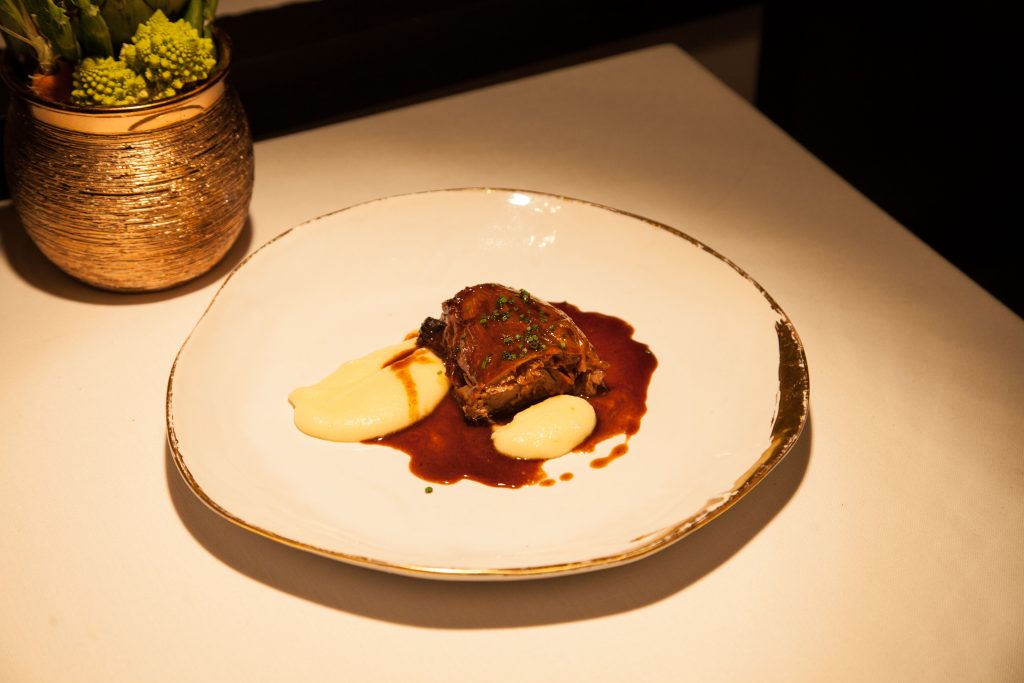 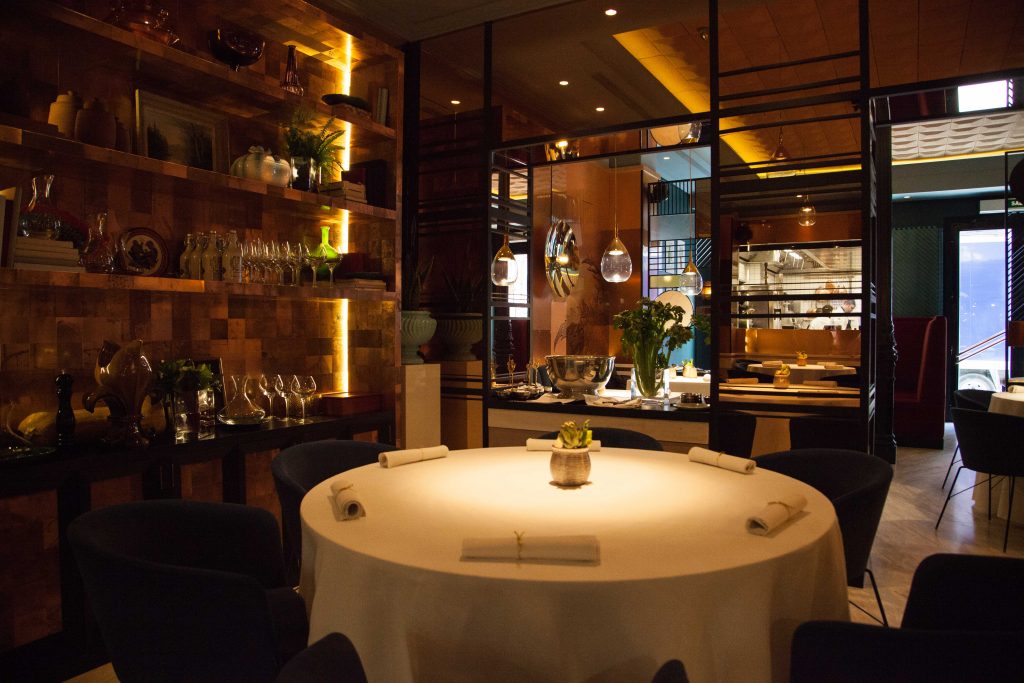 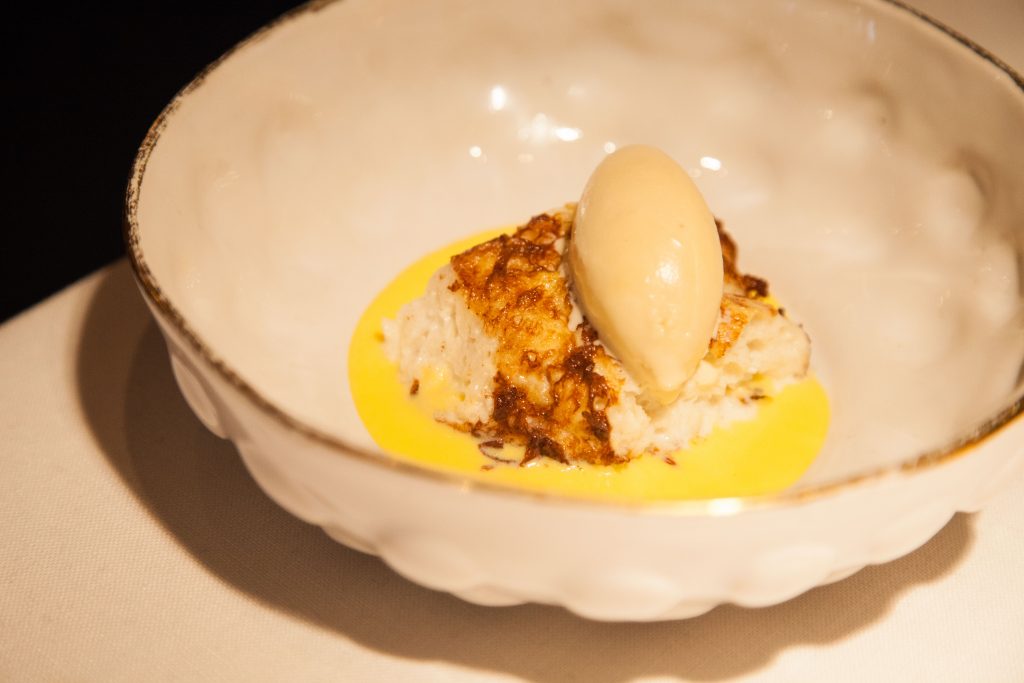 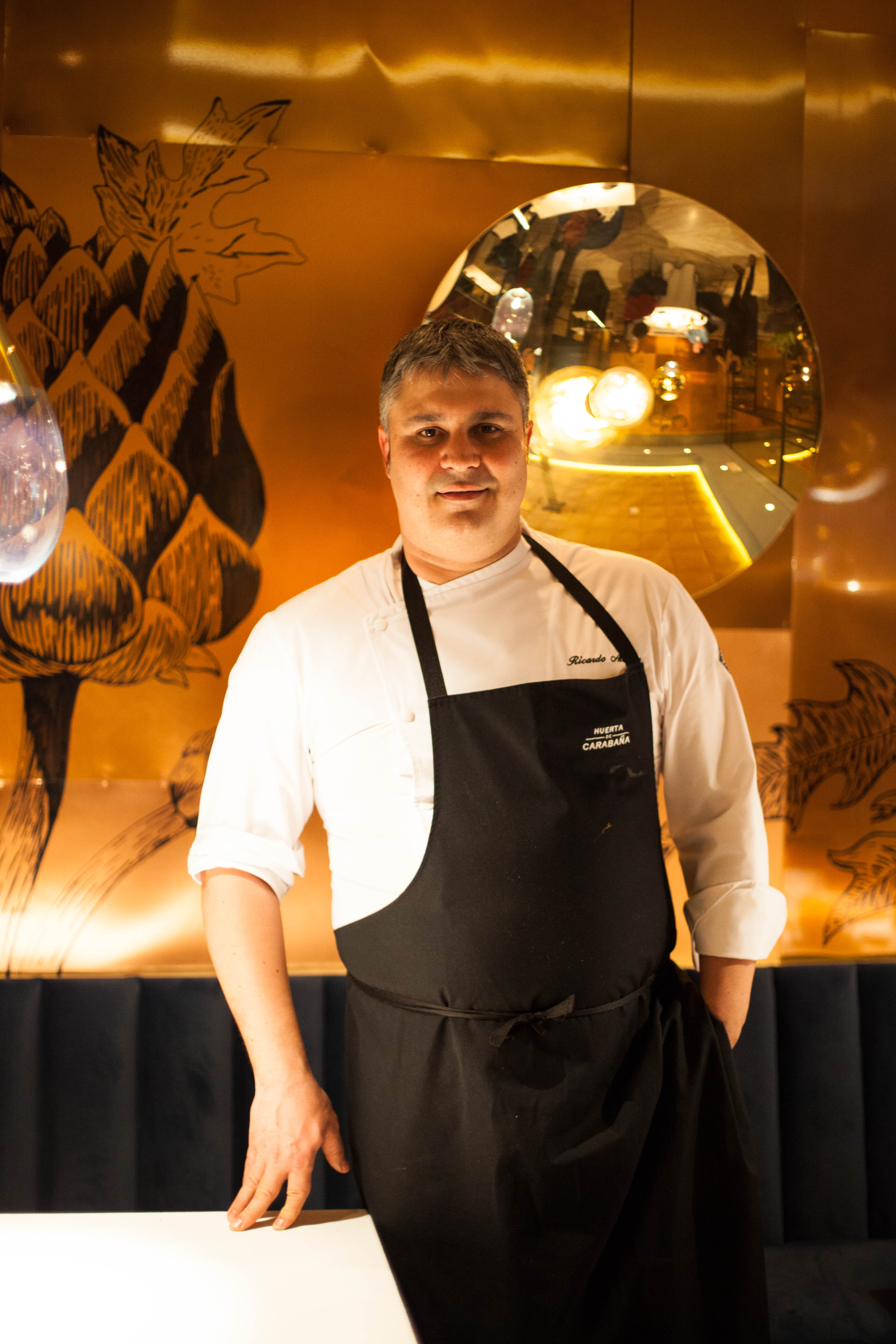