Restaurants to conquer a ‘mamma italiana’

Eating in an Italian restaurant in a city like Madrid is easy. But to eat at a good one… that’s another story! To make your Italian adoptive family from the summer feel at home, we have selected some of the best spots in the city to pay homage to the country of La Dolce Vita.

A plate of carbonara (poorly served) was what led the Sicilian chef Andrea Tumbarello to take the reinas at which is now one of the most excellent Italian restaurant in Madrid. He, his good (and abundant) use of the truffle and the fresh pasta that is presented carefully in multiple formats is what has made him one of the great masters of this cuisine and so adored in our country. It’s essential to try the mille-feuille of burrata with beef carpaccio and truffle and sirloin steak with pepper. Oh! And how could we not try the Bosconara – a recommendation of the restaurant – a recipe similar to classic carbonara but seasoned with Pecorino cheese, boletus, dried boletus water and egg yolk. As stated above, the essential grated black truffle is its star ingredient. 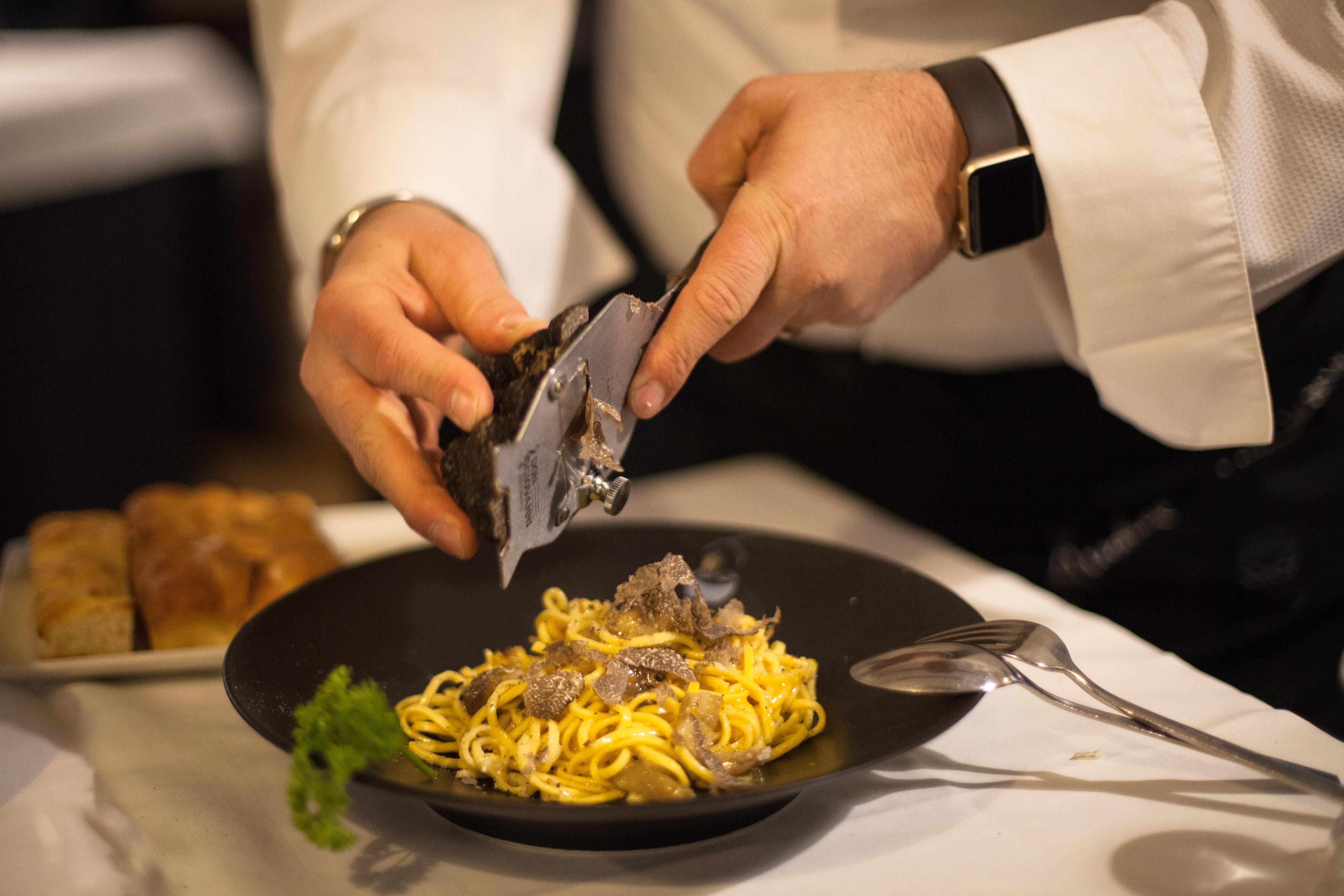 If there is a key ingredient in the restaurant that Angelo Marino opened over a year ago, it is, without a doubt, creativity. Well, and the fusion of the typical Italian cuisine with the Spanish-Italian nouvelle cuisine. Explained with recipes? Croquettes of potato and sobrasada of Sardinia, the kebab of Porchetta, the pizza of marrow or the Amatricciana pasta. The dishes are good to share – the portions are large and loaded – so that one can always savour the flavours that are combined with other dishes marked by temporality. Although the starters, pasta and pizzas are all champions, we strongly recommend you try the tiramisu. Soft and not overly-sweet at all. 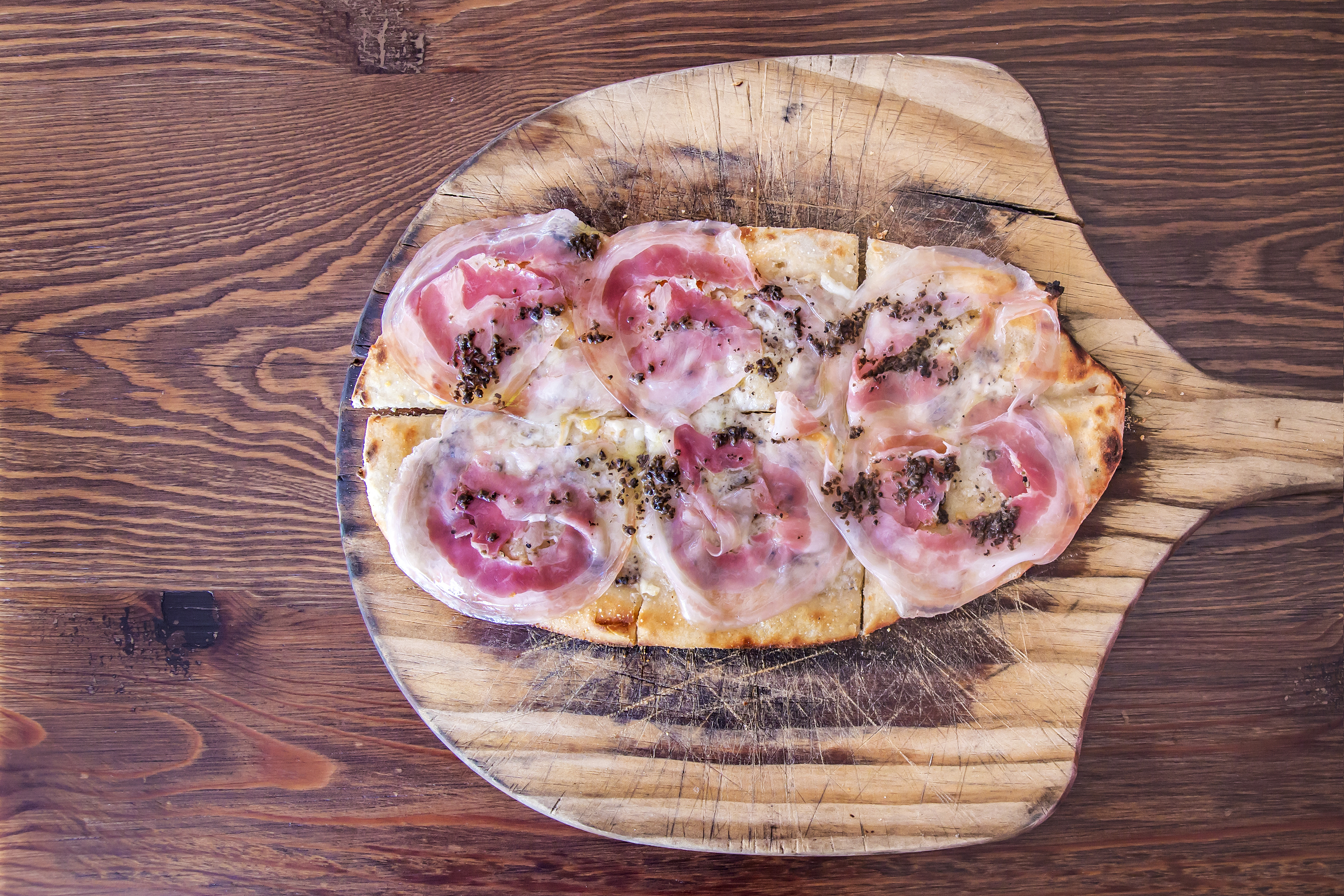 Davide Bonato and Daniela Rosso are known for their small but nice reunion in the resort belonging to the family of this, located in the region of Piedmont, was what led them to unite their lives and go to Madrid with a rich project: Gioia. A place that brings a piece of Piedmont through curious creations where rice and white truffles have great prominence. Here the ‘pasta pizza’ is something that’s not very stylish because, for starters, there are no pizzas. Here what triumphs are authentic and innovative recipes whose main objective is to surprise the diner. Among those, we recommend the morbid poached egg with venere rice crust, confetti of Iberian ham and crispy leek, risotto with boletus, mint and red prawn and homemade noodles with truffle, egg yolk and ‘cacio nerone’, a spectacular dish. 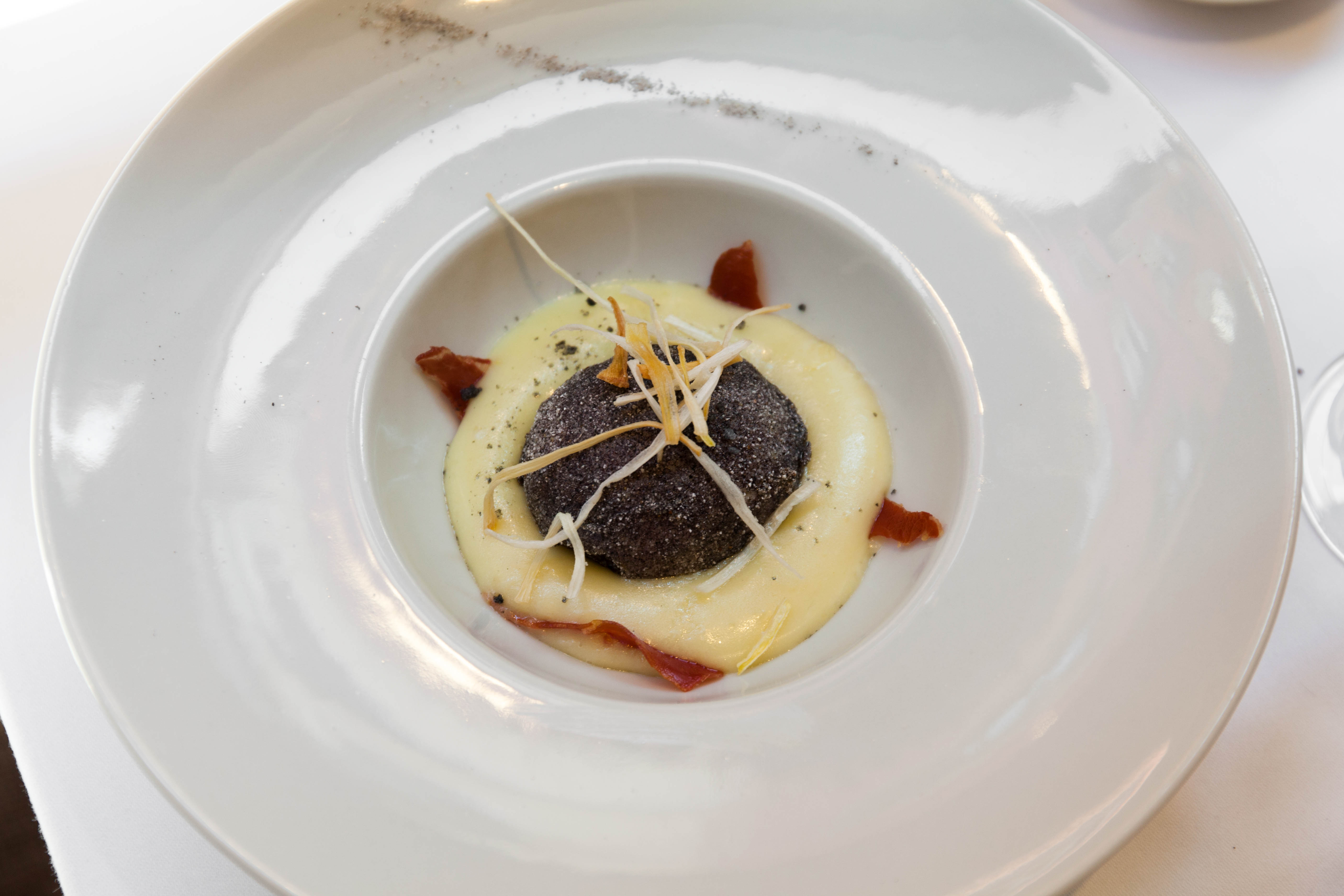 That the fusion of cultures, gastronomically speaking, has been installed in our country for a few years, is something we know and have tried. Especially in relation to Asian and South American combinations. But what happens if Argentinian, Galician and Italian gastronomies are together? Well, you get delicacies that you can taste at Mamá Chicó. A restaurant specialising in fresh pasta that came to the capital in 2017 and has since become a benchmark for Italian cuisine. Their Black Mass pizza has conquered the public, but they have also done the burrata, the eggplant parmesan and their tarts, made with a lot of care in the restaurant’s workshop. 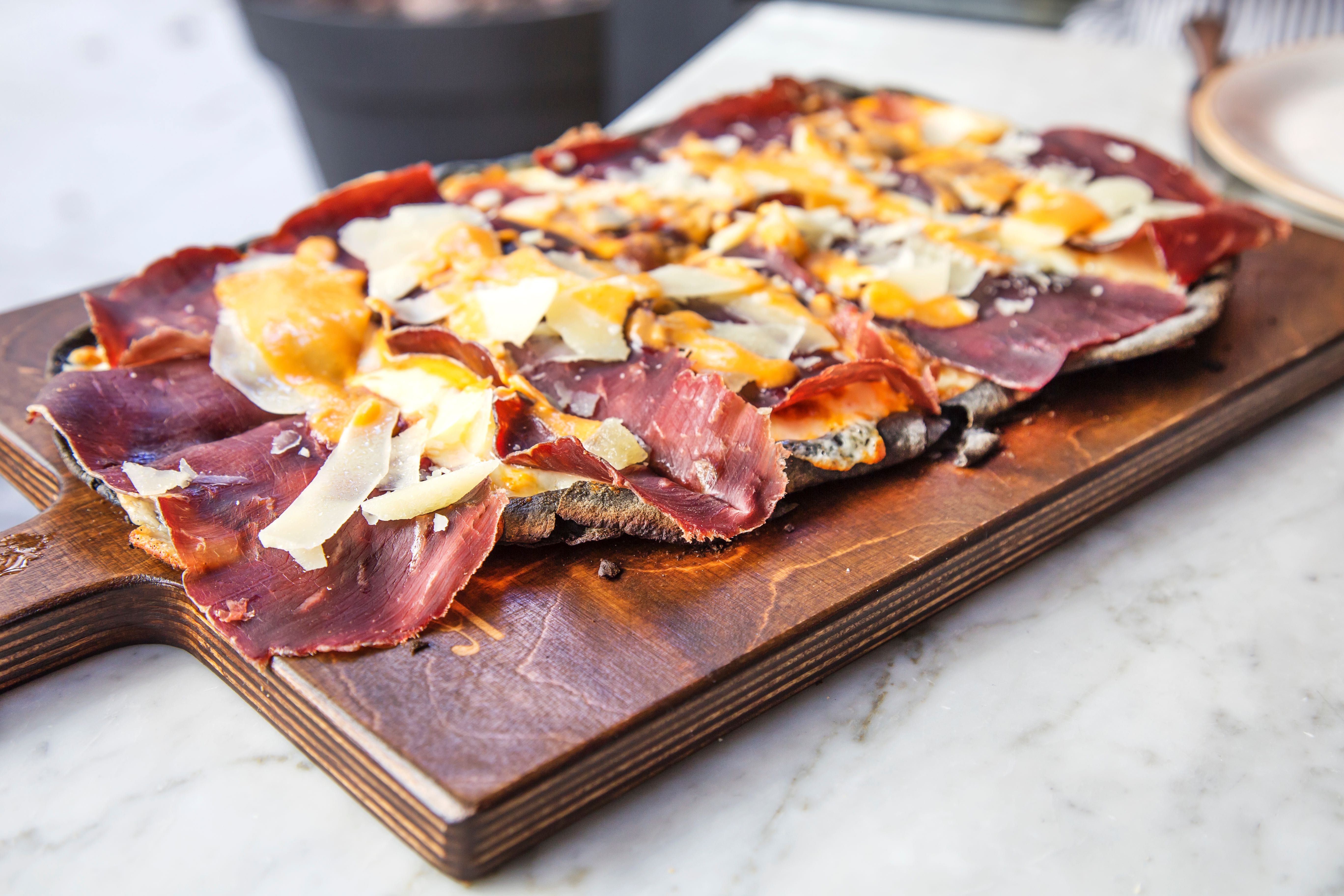 Basketwork full of courgettes, wicker chairs, dishes stacked waiting for their diners, napkins with prints of Vichy paintings worthy of a glamorous picnic in Tuscany… All this and much more is what one can find crossing through the doors of the restaurant Fellina. A very Instagrammable restaurant, with a soul of trattoria and located in the heart of Chamberí that offers recipes of life, of which is made the ‘Nonna’. Although you’ll find some pasta dishes here (how can you not), they highlight other dishes here, such as the eggplant stuffed with parmesan or veal escalopes with bologna, sage and butter. Unconditional pizza fans will be able to satisfy their cravings with original fried pizzas, very similar to the calzone, but with a magic touch. 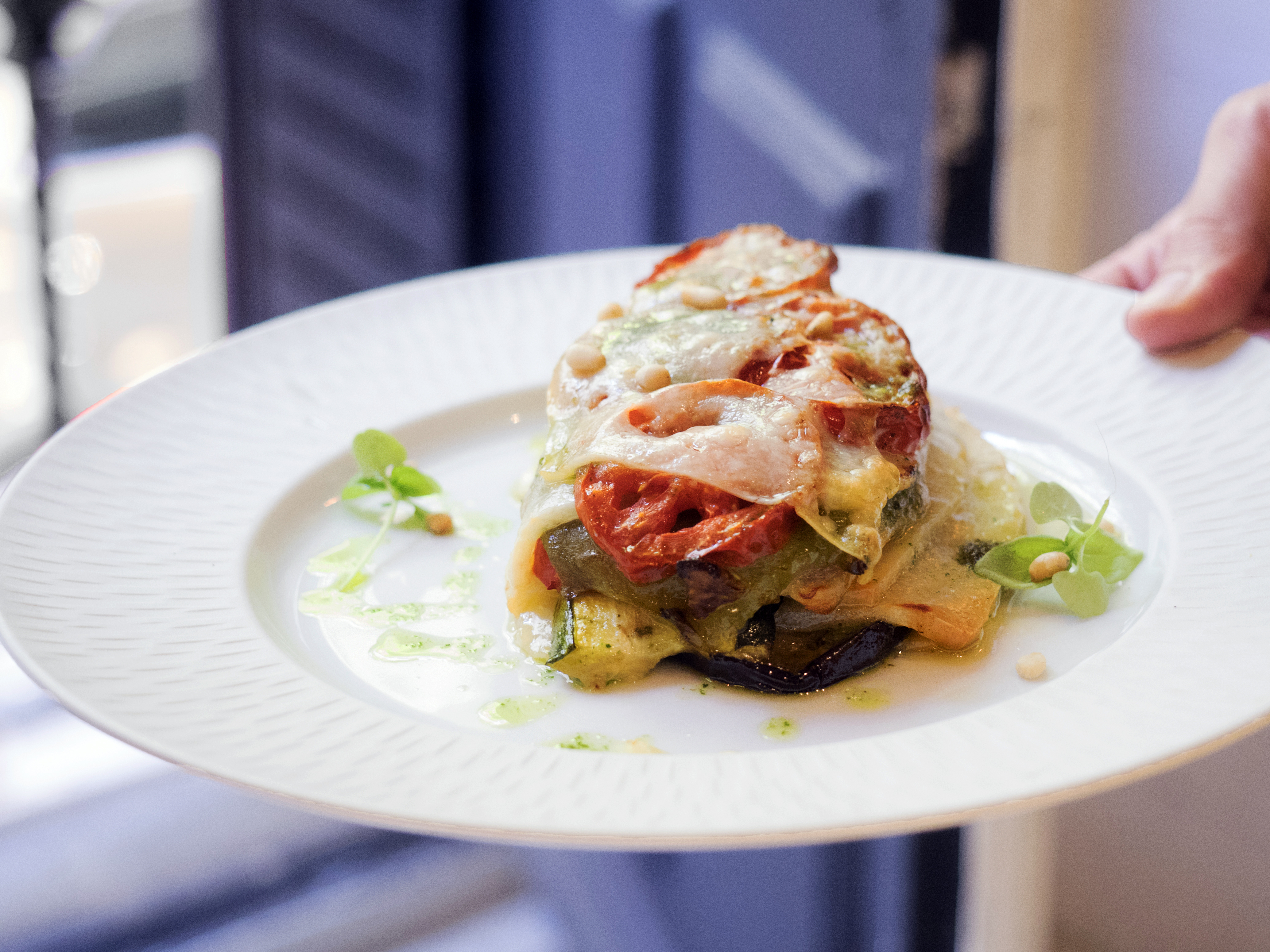