When two safe values La Tasquería (Javi Estévez & Quike Pedraz)  and La Panotheca (John Edward Torres) are joined together, it is difficult that the result won’t be spectacular, and that’s the new invention, John Barrita, where head chef Noemí Sánchez prepares the most exquisite sandwiches in Madrid. But not everything served at John Barritas are sandwiches, and that’s what we’re going to tell you about.

The menu at John Barrita has been developed between the two sides of a sandwich, giving so much importance to the loaves (both in the sandwiches and toasts in the dishes that are accompanied by specific breads) as the “accompaniment” that they bring. For starters, we tasted a fantastic Steak Tartar from the Farm Jiménez Barbero on a toasted brioche accompanied by spicy mayonnaise and sprouts: a bite that made us realize what we discussed earlier: everything is one, the bread and the rest of the ingredients, and it’s not just the sandwiches we can taste at John Barritas.

We go to the sandwiches, the strong point of John Barritas and we have to give our hat’s off. The most successful are the Calamari plate, with garlic ciabatta bread, fantastic calamari, onion, lime and different types of mayonnaise and the other a white bread sandwich with stewed veal cheek from the Farm Jiménez Barbero, chipotle mayonnaise, cilantro and pickled onion. Both sandwiches are spectacular, not just because of the way they are presented, as they serve them to us open so we can see the content that is almost drawn as an abstract picture with the colors of the sauces on the other half of the bread. We recommend you share and let you know that once you try the calamari, it will be difficult to eat at another place in Madrid.

To finish, we couldn’t leave without trying one of the options for those allergic to bread, and they do not disappoint. We were offered fantastic fried artichokes confit accompanied by an egg at 61 degrees and cream of foie. A genuine crispy delight that accompanies the egg, and the foie will be the taste of those at war with carbohydrates.

Located in the vicinity of the Canal John Theaters, Barrita has all the characteristics to become Mecca for sandwich lovers. Take advantage that it opened just 6 months ago, and don’t tell others about it. 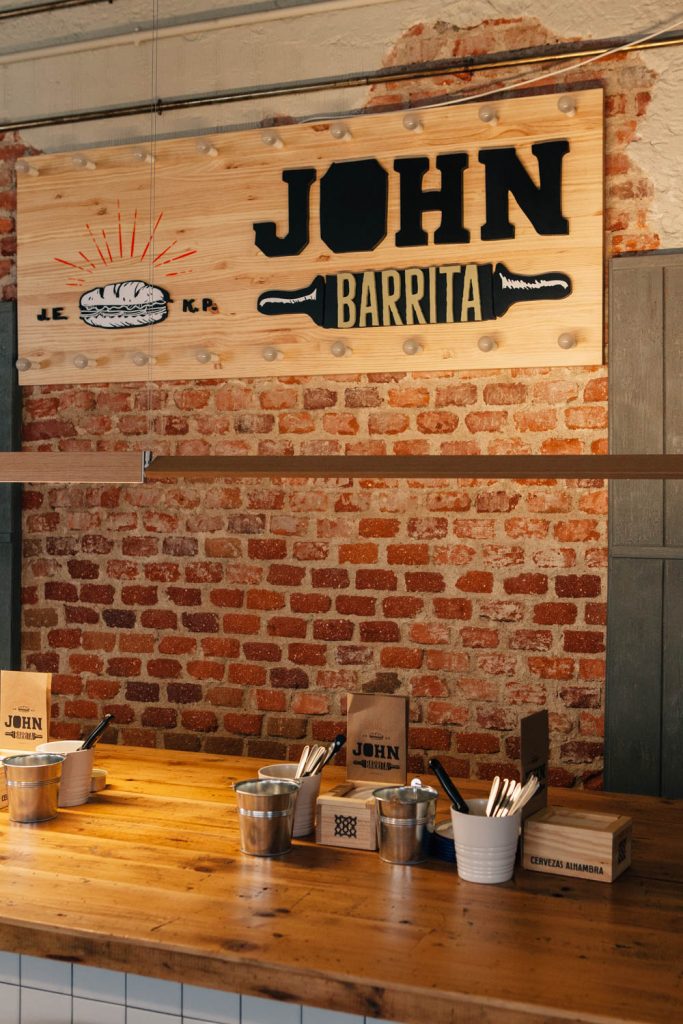 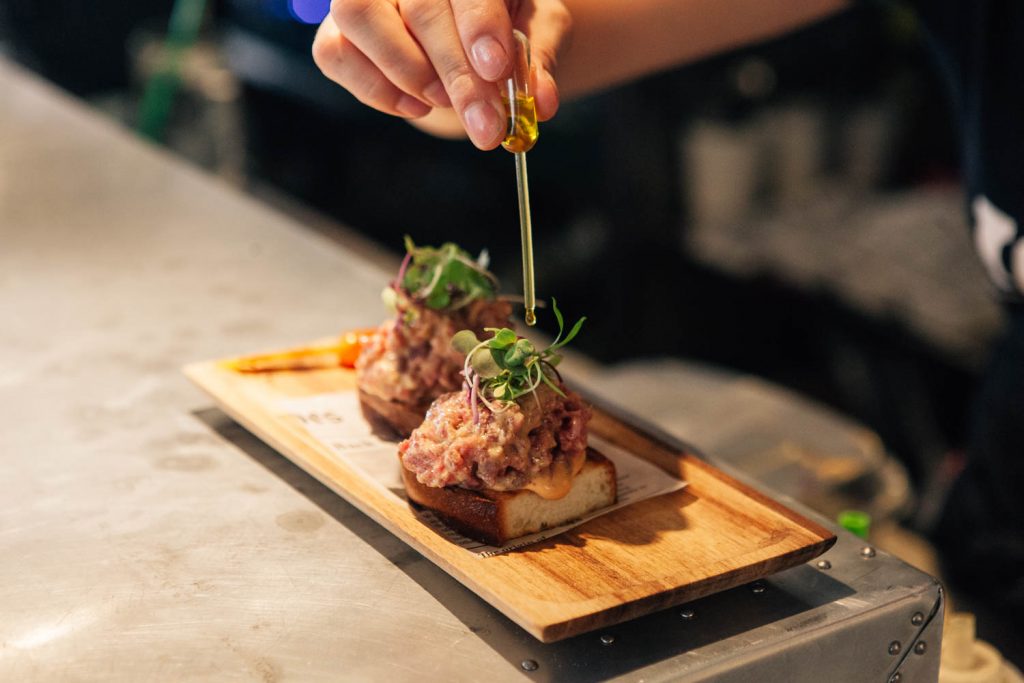 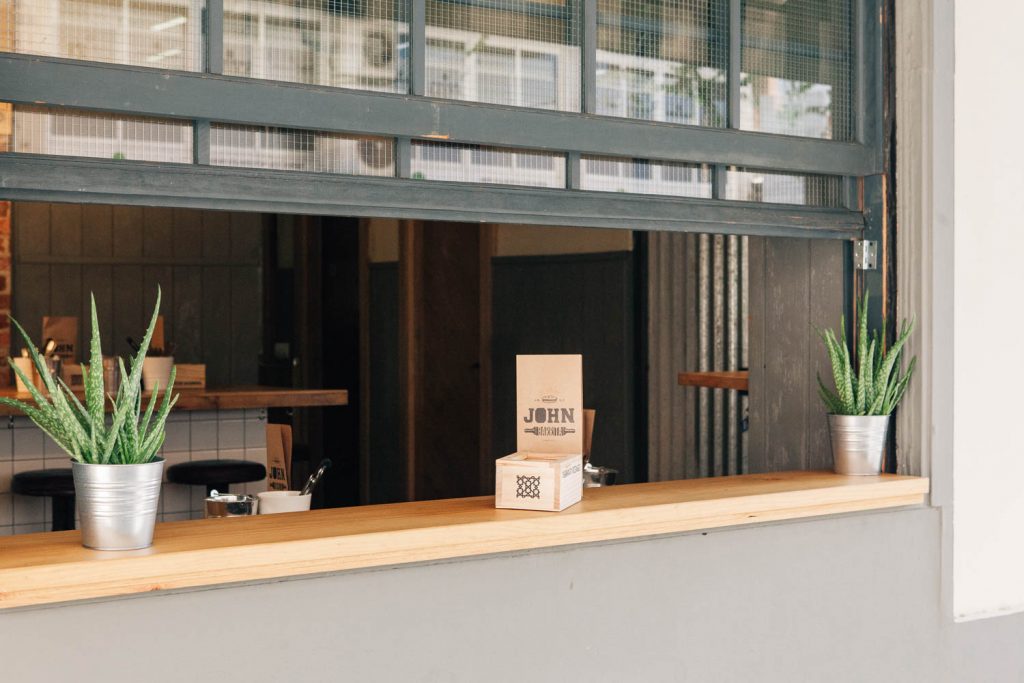 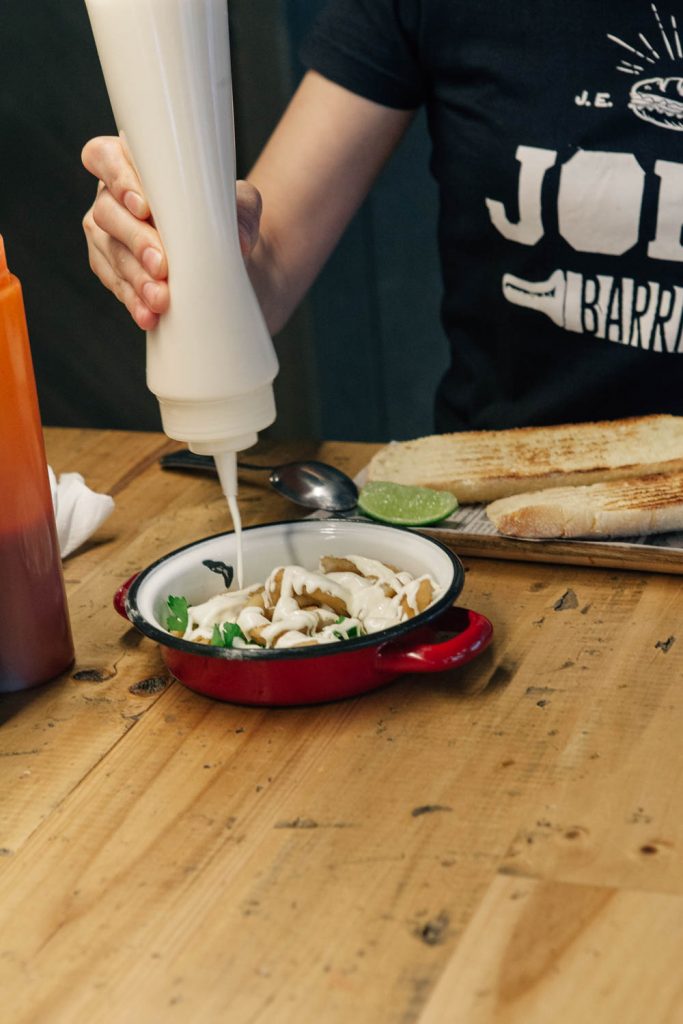 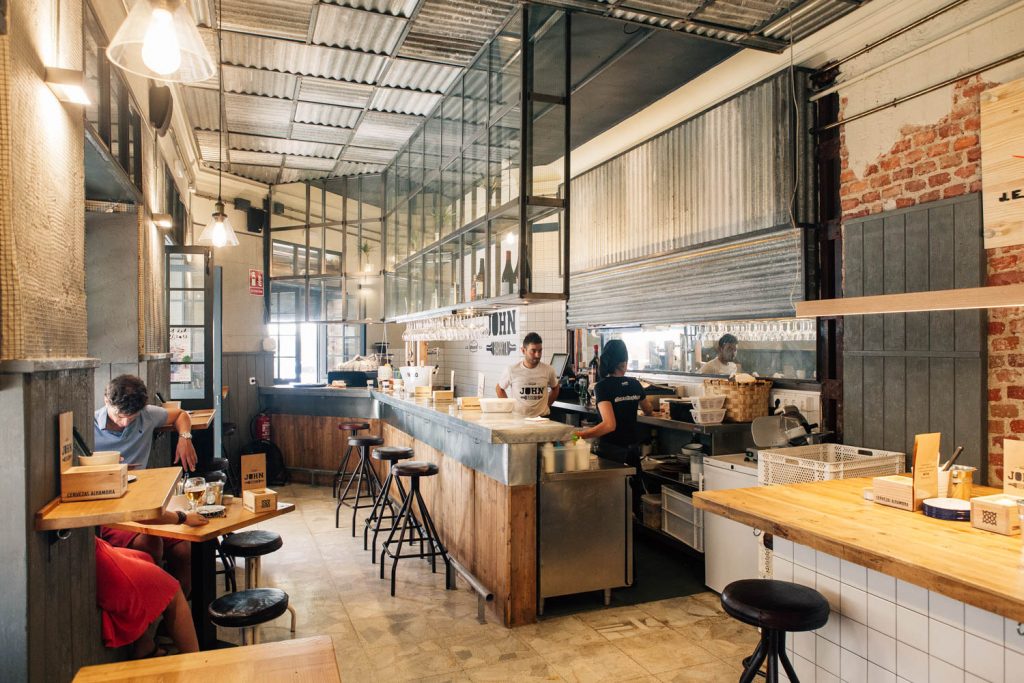 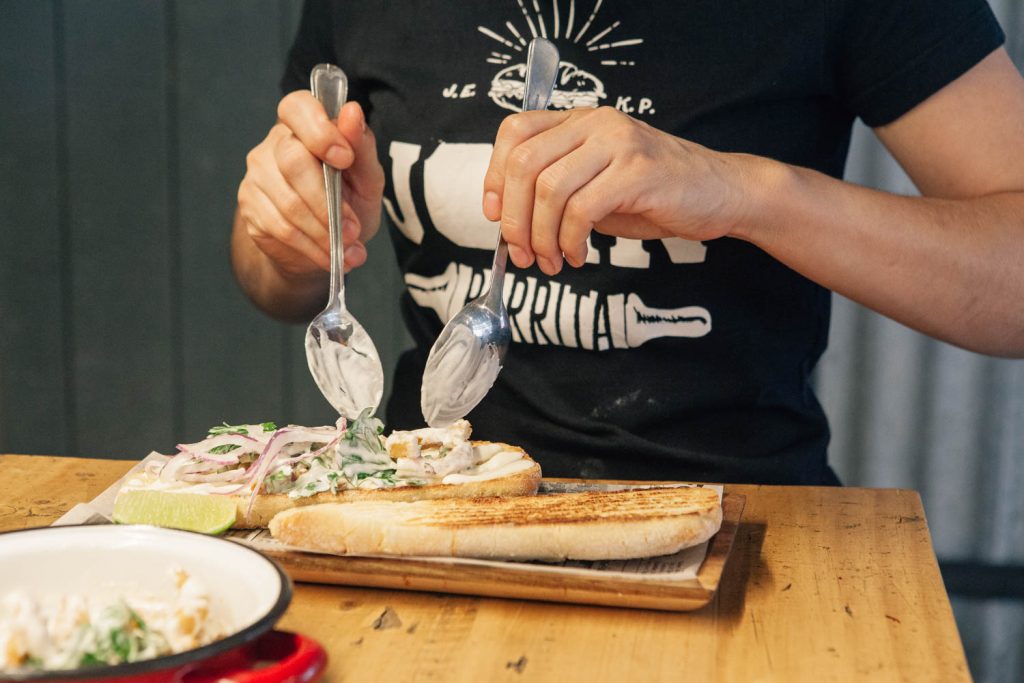 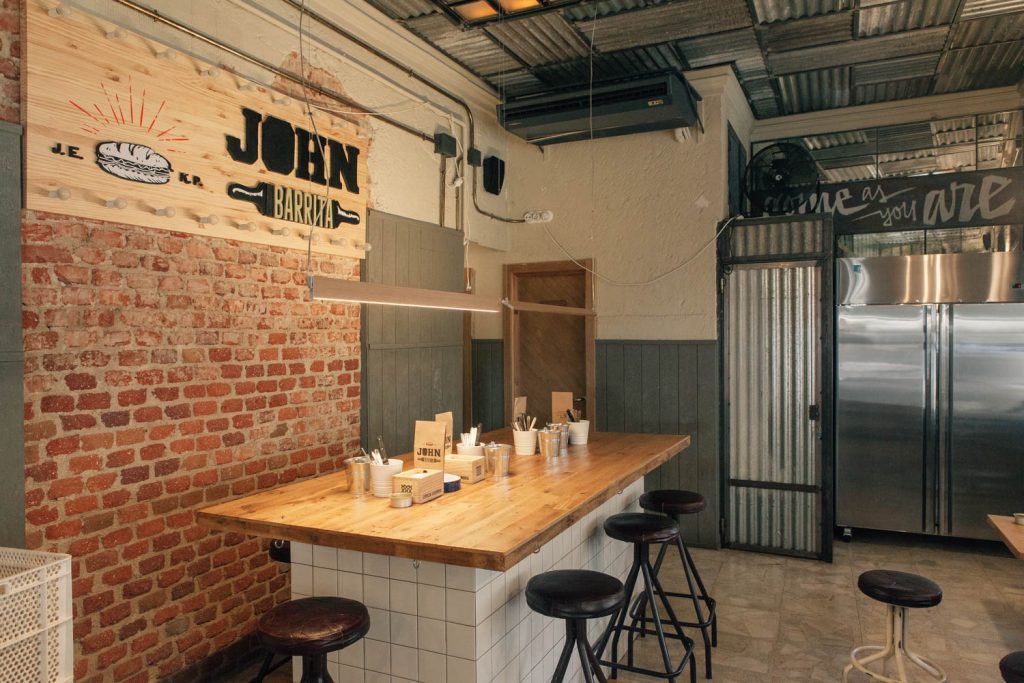 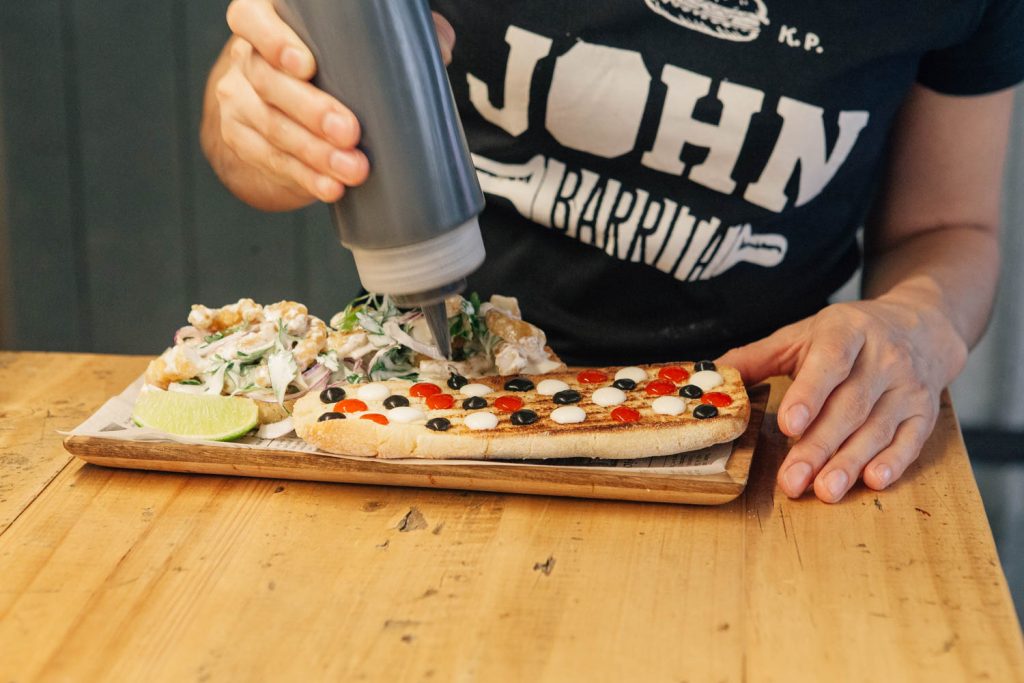 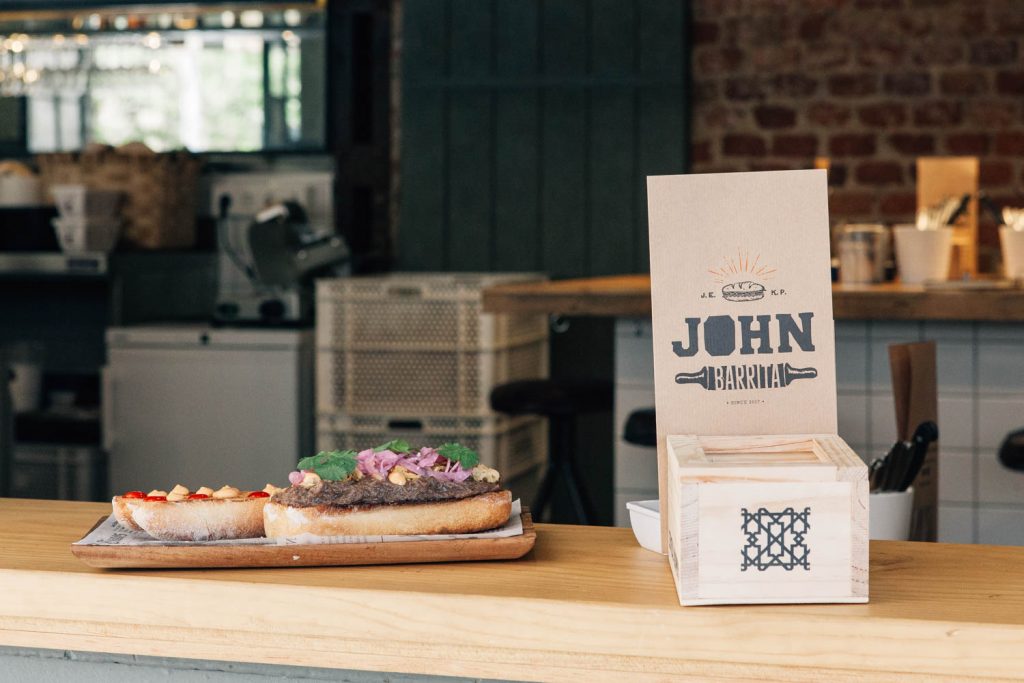 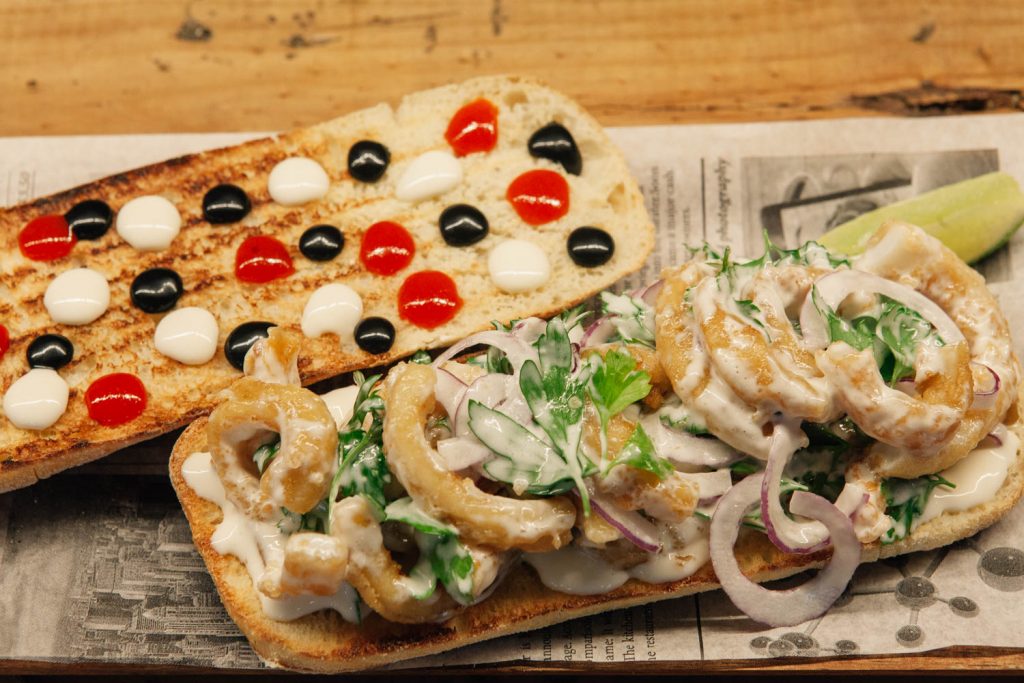 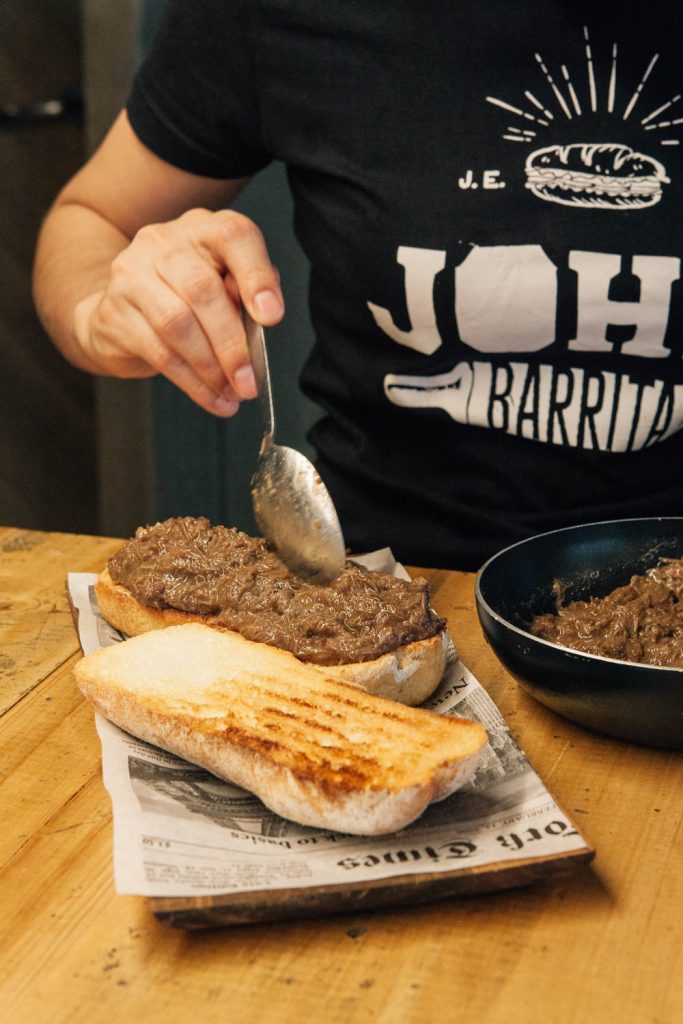 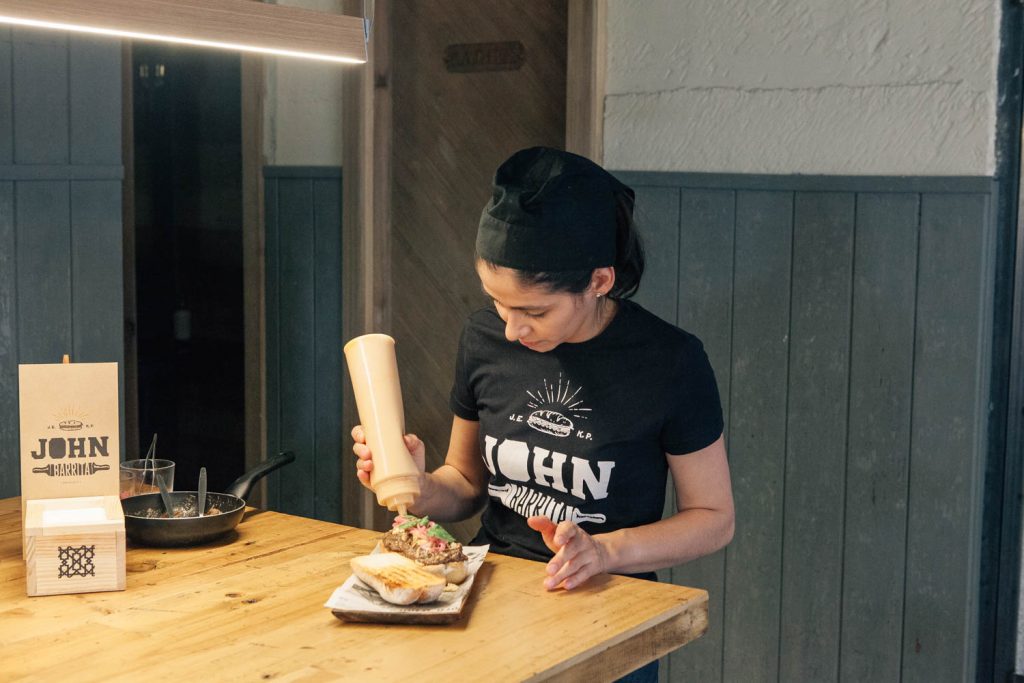 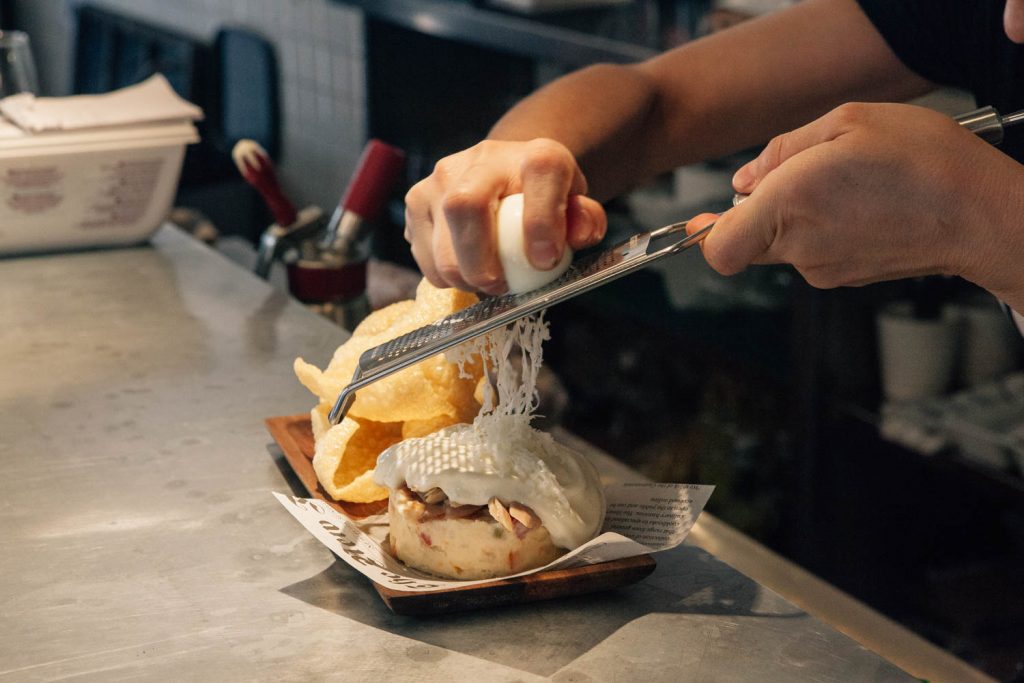 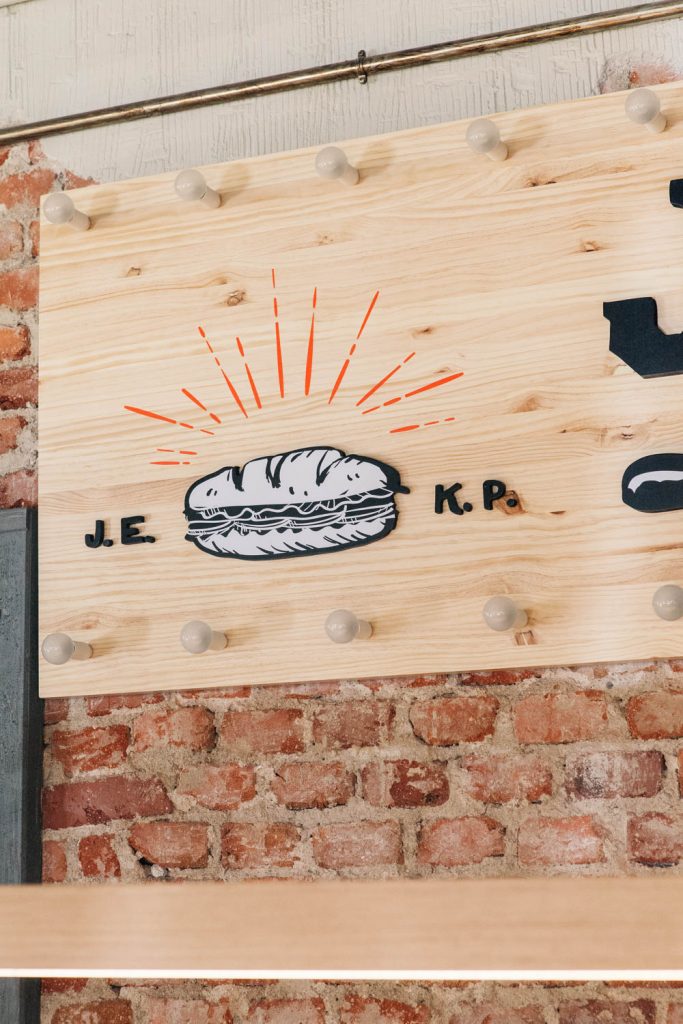 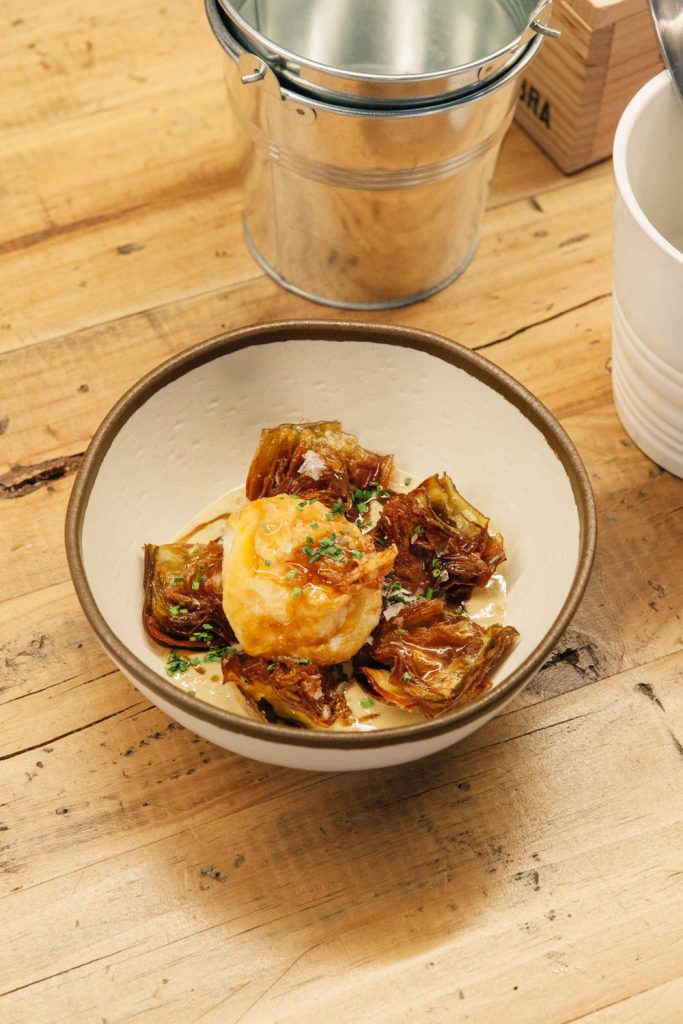 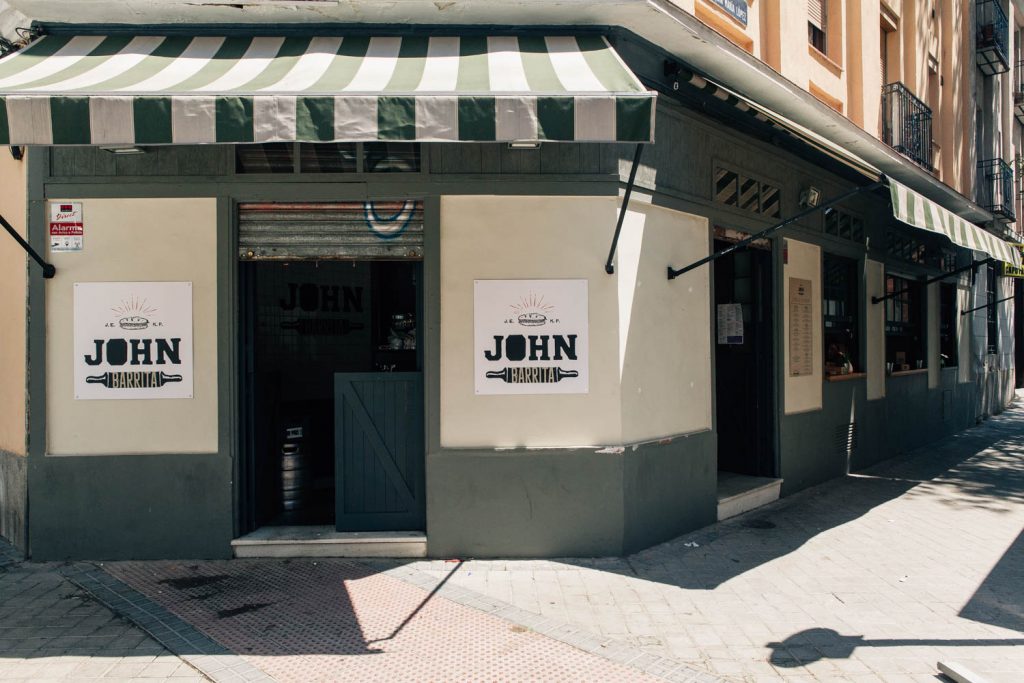