In the heart of the Letras neighborhood, right on the street Echegray, you enter the doors into the Gran Hotel Inglés lobby revealing a vast space with tall ceilings that shine a light through the past, present and future. Recently reformed, in the same place it met Hotel Inglés 130 years ago, this hotel was the first five-star hotel in the capital. It inherited a 19th-century presence which translated into the 20th century. It is dynamic and full of life, making it perfect for guests and locals of Madrid to enjoy their drinks.

With a central bar with more than two hundred distinct liquors, mixed drinks and glasses, the head of this establishment is Miguel “Mike” Fajardo, a barman who knows how to bring together tradition with the avant-guard in every creation. There they also have Lobbyto, the original name of the bar with two-hundred distinct cocktails that seduce your international pallet.

Among the American people that visit, they come to claim their bourbon and the new wave of vodka. When the bar comes upon a local client that is faithful to gin, they later go on to experiment new drinks and that is where the role of the barman, who is well-versed in the preferences of the customers, comes into play. On one side, the client amplifies their likings, on the other side, in the role of the barman, he knows the essentials to understand the new wave of cocktail making.

An example of these drinks is the Old Dijon, a revisitation of the old fashioned types of drinks as well as the Trinidad Sur, that also has whiskey. At the hands of the Bartender, other creations are blooming, like the II Loco Professore, that has an Italian base along with a tangerine aftertaste. El Ponche del Angelito, on the other hand, has a fresh and fruity presence with a touch of bubbly and a champagne base. Another drink to spark your tastebuds is the Negroni that stands as the king of mid-day drinking as well as the resurrected vermouth, making it known that the Lobbyto bar is the perfect drinking spot for the locals of Madrid.

Among the many drinks, is also food like the juicy pastrami sandwich (that is cooked in their own restaurant) and cheese, or the BBQ Chicken sandwich, that goes especially good with cocktails like Lobo Viejo or Ponche del Angelito. In this same menu, where we find various gastronomic suggestions, we find food from the Middle East, like the falafel, or sandwiches with Indo-China influence on a brioche bun and white shell crab.

PS: Don’t keep yourself from visiting on a Sunday and submerging yourself in the exciting and entertaining atmosphere that is the Crazy Brunch to fully comprehend why Gran Hotel Inglés has become a hot new spot in Madrid. 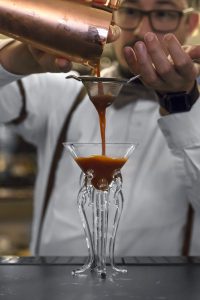 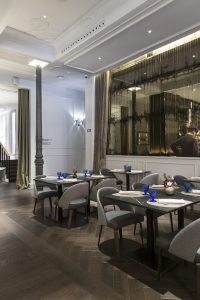 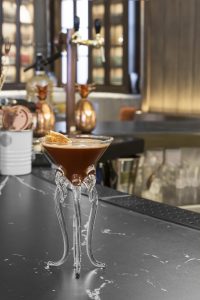 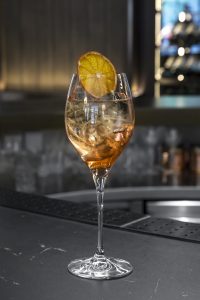 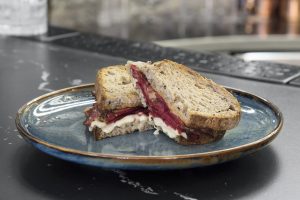 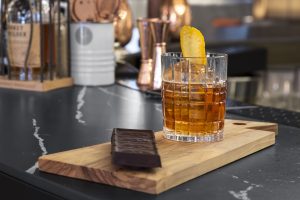 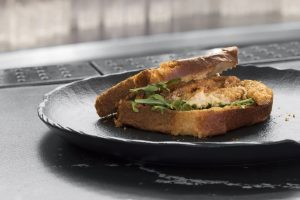 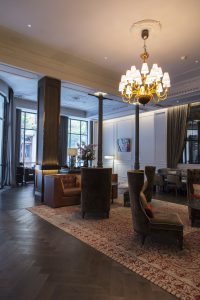