Lúcuma y Camote, where you can discover authentic Peruvian food

During a day of reunion with friends Angel and Julia, they asked themselves what their favorite gastronomic product was. Angle was clear that his favorite was the Lúcuma, a Peruvian fruit, on the other hand, Julia’s response was the boniato, which is known as Camote in South America.

From this anecdote and after years of working in catering and Peruvian events, he got the idea of opening Lúcuma y Camote with the will to bring the Peruvian culture around the world, focusing on returning to the roots and origins of this delicious cuisine.

The principal slogan the restaurant is working with is the Peruvian Mediterranean. Even though typical traditions and preparations of his grandparents cooking are conserved, the classic recipes experience a slight spin, working with the Latin American products as well as with those from Mediterranean lands. In this way, they do not just want to focus on the Peruvian public, but also expand this peculiar and special concept to all of Barcelona.

It also doesn’t hurt to emphasize and highlight Lúcuma y Camote’s location, situated near Vila Olímpica barcelonesa beach. The choices made for this restaurant were based on Chef Angel’s origins of Trujillo and Huanchaco, municipalities of the northern coast of Peru.

As well as being a restaurant, for the Latin American gastronomy fanatics, you can find many of the products used in their kitchen available for purchase.

Some of the delicious starters are the quinoa croquetas made with white, red and black quinoa. The restaurant also alludes to Catalonian food with their reinvented plates like the typical boqueron with vinegar and creamy yellow aji with Pico de Gallo.

You cannot miss out on the Tamal that is known in all of South America, in which he follows his great grandmother’s recipe, named: Tamal de la Bisabuela Julia.

One of the variants of the typical ceviche is his ceviche nikkei corvina fusion between the Peruvian and Japanese with the creamy yellow aji and unagi sauce. Something very characteristic of Lúcuma y Camote is its own cevicheria where the customers have the option of creating their own ceviche, choosing their own fish for each one.

A different and special combination of flavors is found in the olluquito, classic Peruvian food that is sauced and upgraded with mint, cilantro, and veal.

Each one of the plates can also adapt to the different culinary restrictions like veganism and vegetarianism or for the people that are intolerant to gluten or lactose.

You have no excuse to not try these new Latino flavors; Lúcuma y Camote truly is the best way to start. 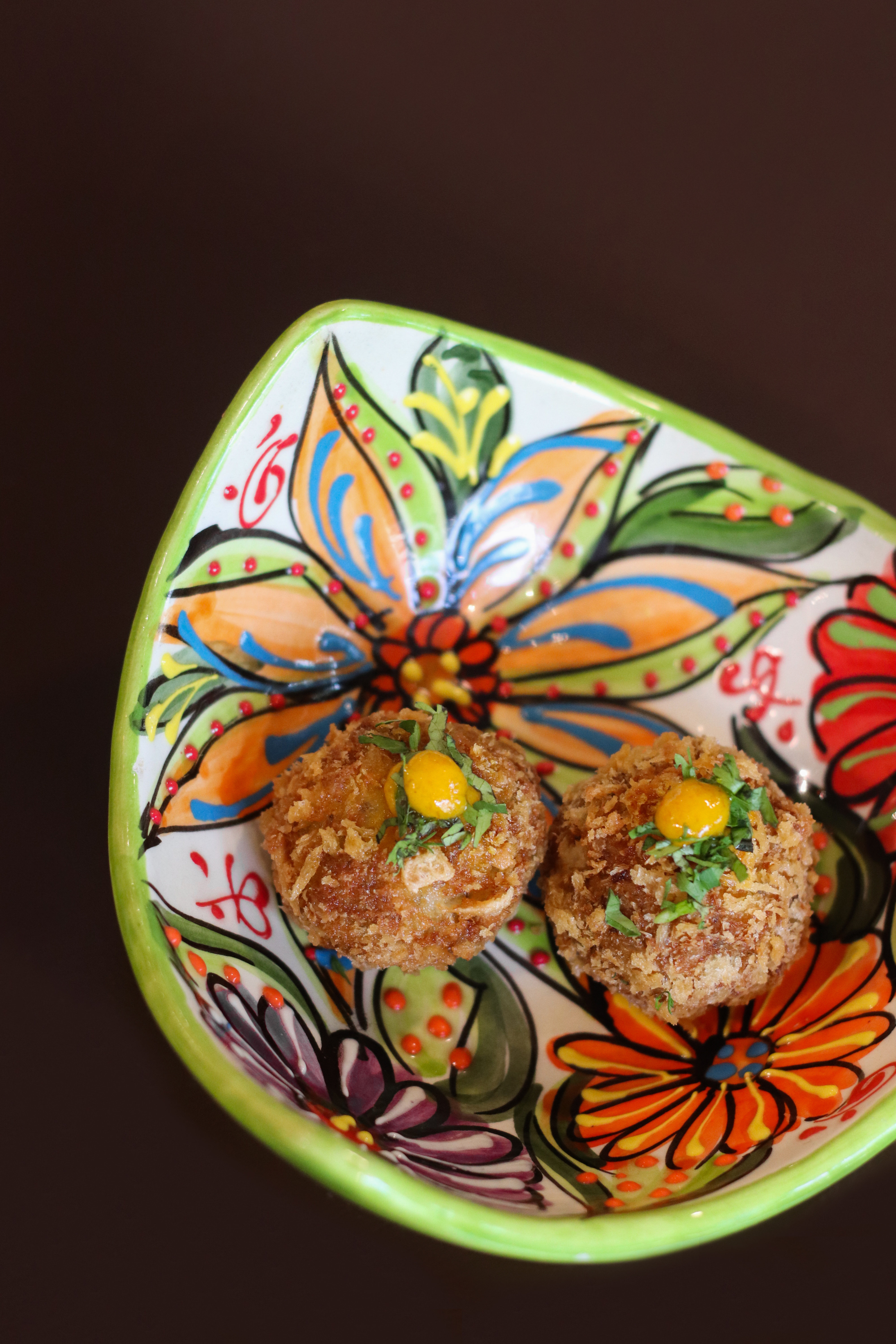 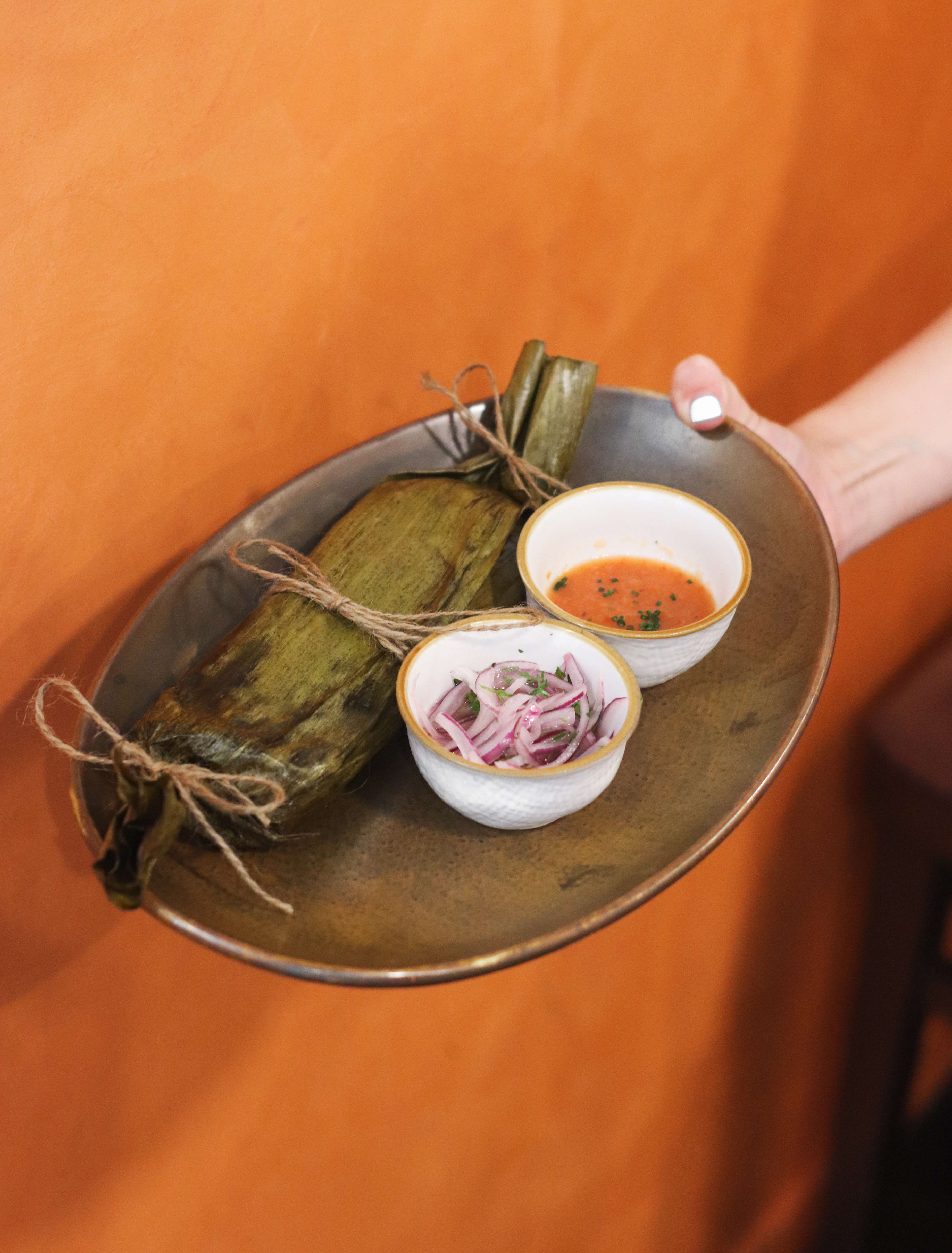 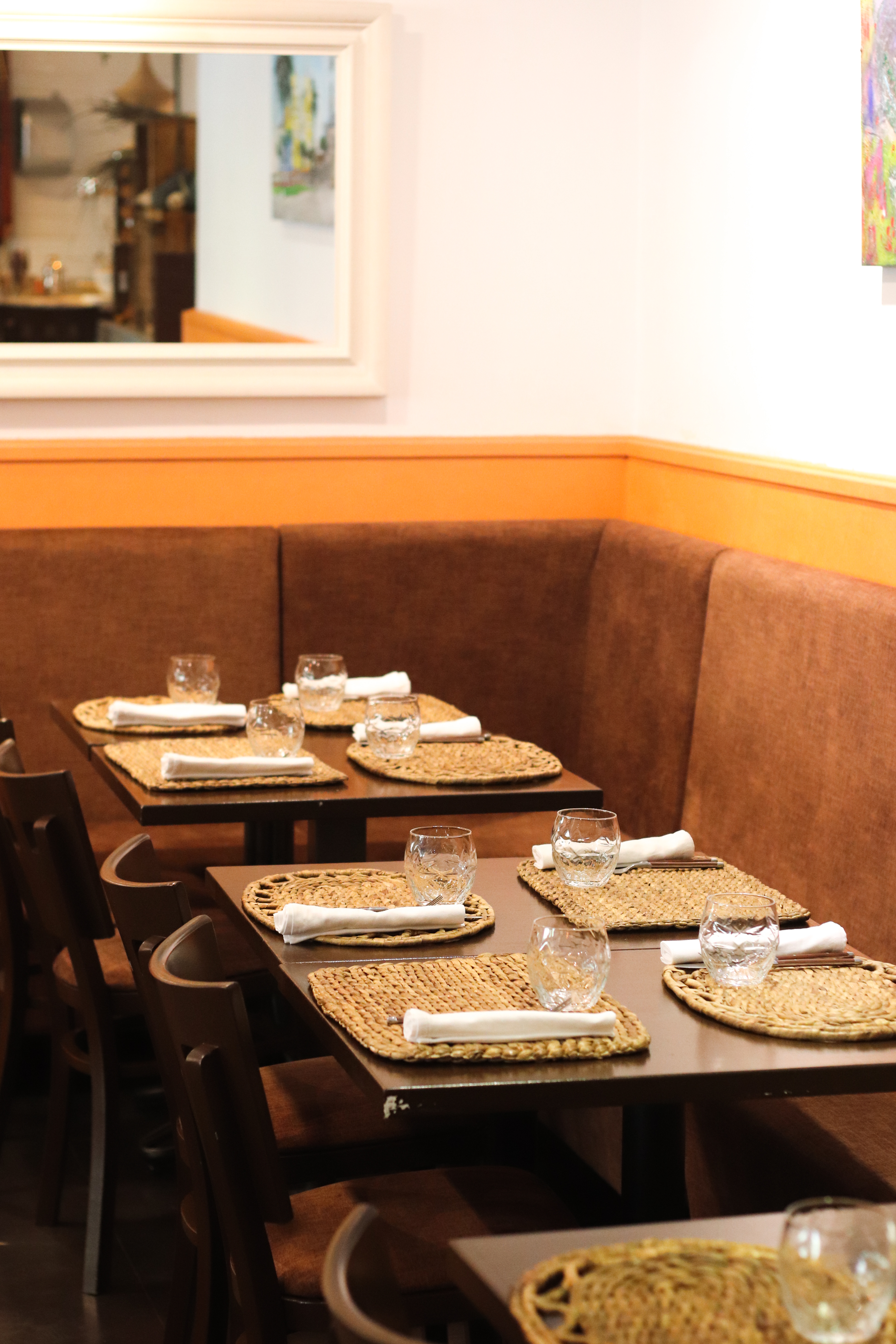 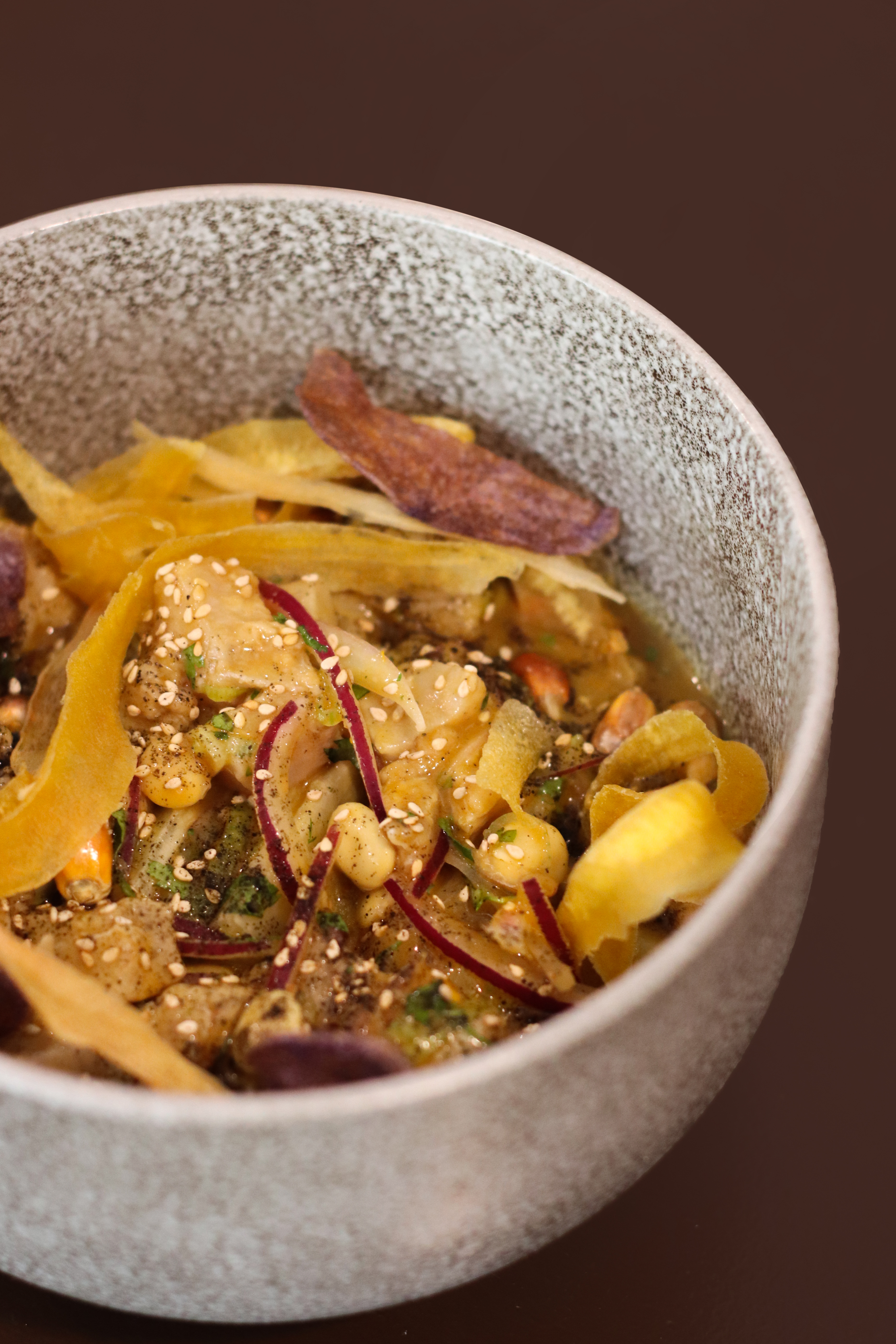 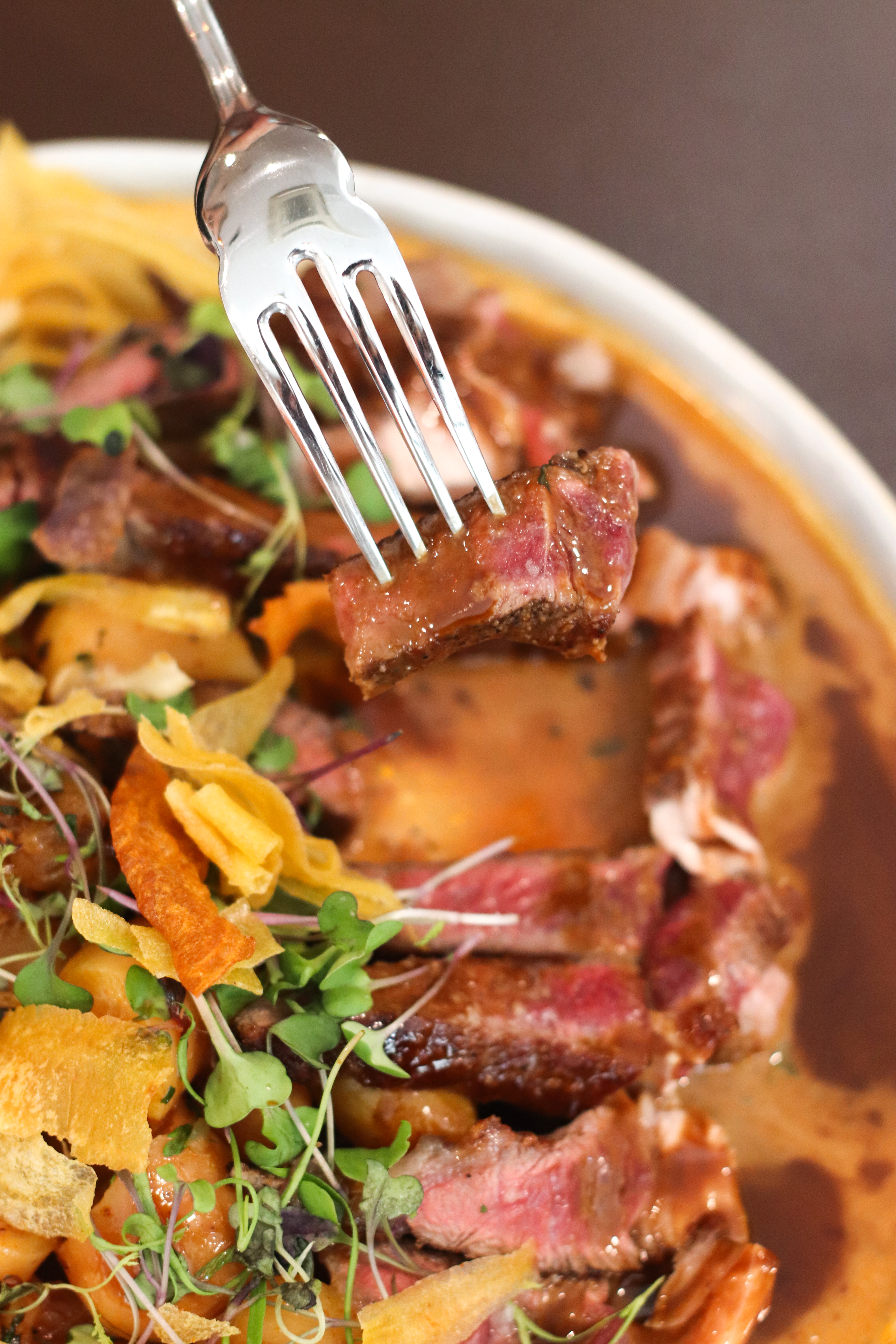