Mr Lupin, product, soul of bistro and free of pretensions

Valencia, San Sebastian, Paris, Mallorca and now Madrid are all stops that the chef from Valencia, Jose Gallent has taken. Chef Jose Gallent is educated in renowned and Micheline style cooking,  up to the point of opening Mr. Lupin, his first restaurant, which opened in April of 2019.

Wrought from the French culinary seal, Jose claims that this culinary space deserves its own spot in the city of Madrid. Having gained experience in sautés, in fondue and in theoretical bases that have towered France onto a pedestal. Jose spent many years in Paris until able to dominate perfections with those with particular French visions in Madrid, until arriving to work in kitchens of which include Club Allard and BiBo.

He had also attributed to his first official formation when he went to Donosti to study in la Escuela de Cecina Luis Irizar, where he began constructing the stability where he could demonstrate to Madrid that another French kitchen was possible. Far from the artifacts that many believed inherent to the gala table, Jose created a proposal of bistro, shying away from “mantra de caro”, and making seen the quality and product.

There Jose coddles his first son, who is destined to be a part of his efforts in the difficult plaza of Madrid. Nonetheless, the name Mr Lupin started to extend through the capital with recipes with a solid base. This is the example of the galette de escargots, giving it new determination to the snails in a crunchy dough; and the raviolis of brandy cod with smoked eel and an American sauce, where a classic recipe was dignified that can be reinterpreted. Other than French, Mr Lupin has chipirones (European squid) filled with morcilla (blood sausage) de Burgos with apple and mango, served in a ration of four, that show that the sea and land together created a marvelous pair.

Remaining on top, they treat the product well and are devoted to the elaboration, two references that Jose has exported from French cuisine, that is also found representing in the menu. It is the case for the Dijon sirloin  and the entrecat Cafe de Paris, eternal referents of the carnivores, that the chef preferred during their long stay in the paradise, L’Ardoise, that they have taken to bring together the traditional with the contemporary.

Other necessary mentions are the magret de pato, sauced in its own juice , accompanied by delicious pears au vin rouge, with a subtle nuanced spice, and the bass in two times. Lastly are the tasty desserts, like the milhojas de manna (apple), with a fine Chantilly cream and caramel de tomato, that summarizes the French air in the four sides.

Along with these, breaking cliches, Jose decided to include a menu of the day that is 15.5 euros, in which presents winks to the kitchen, getting rid of the basics that we find in any other restaurant. And even if it is not a lot, you will drink very well, with a menu of wine that includes riches and champagnes at prices that are more than reasonable, demonstrating that a restaurant in the French air has no reason for it to lose it’s fortune. 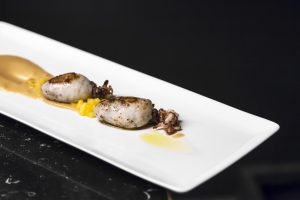 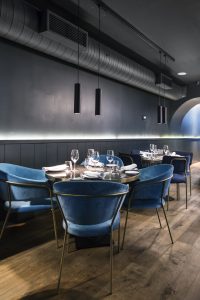 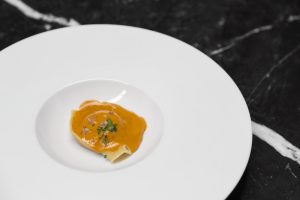 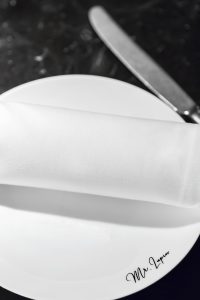 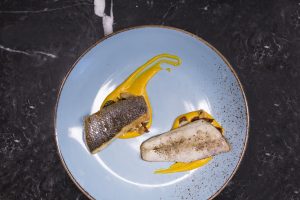 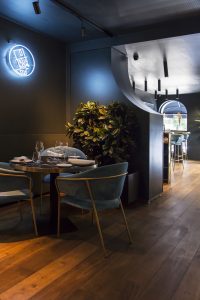 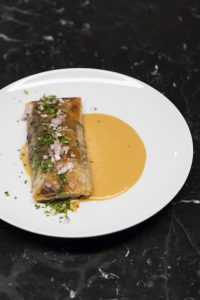 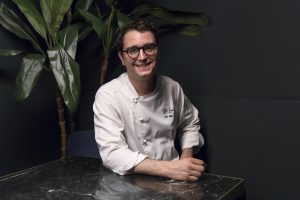