Museo Chicote, 87 years of history and cocktail bars in Madrid

In 1931, Perico Chicote opened the first cocktail bar in Spain, although few Spaniards knew what a cocktail was. In a country of beer and wine, to imagine that a drink could be mixed, combined and in short, created, was a utopia that even the most optimistic could imagine for the future.

Only Perico Chicote was much more than an optimist. Passionate about the high hospitality and educated in some of the most international references of the early century Madrid such as the Ritz Hotel or Savoy, the young man who was barely 32 years old but eager to eat the world decided to open the Museo Chicote.

Now, when the 87 year anniversary of the opening of this mythical establishment is here, the essence of Perico Chicote remains intact in walls that more than one journalist would like to speak to. Classic Hollywood names like Ava Gardner, Frank Sinatra or Sofia Loren alternated with cream and the country cream as Luis Miguel Dominguín, José Ortega y Gasset, Alfredo Di Stéfano or Miguel Mihura, or with leaders from half the world like Rainier of Monaco. They all went to the Museo Chicote not only for what they drank, but for how they felt.

The innate talent of Perico as the host, something rare these days, is what they clung to and made even the most glittering celebrities of the time feel like they were at home. A milestone in the history of Madrid that today is followed at the foot of the canyon as recognised by Raúl Gómez, partner of the market group of Queen, current managers of the Museo Chicote, which tells us that for tourists, there is a necessary pilgrimage in Madrid that is the “Santiago Bernabeu, Museu de El Prado and Chicote”.

Also the native, attracted by the history and the cocktails that are served there, goes to a place that has written and writes even with golden letters he name of Madrid in the national and international cocktails. References such as el Chicote, a cocktail with sweet vermouth, gin, orange Curaçao and Grand Marnier leads the list of bestsellers of this place that retains the authenticity of its origin.

Designed in the 1930s by Luis Gutiérrez Soto, Perico’s intimate friend, the art deco style is kept in the big curtains, the red imposing main hall and at the tables, which are about to meet 90 years and that follow, day after day, welcoming customers from dozens of nationalities.

They, apart from El Chicote, also usually come in search of the Dry Martini, “the tear of Vermouth in an ocean of Geneva” as named by Luis Buñuel, of the Negroni – vermouth, gin and Campari – which was the favorite of Sofia Loren, or the Singapore Sling, one of the tropical references in a menu with more than 20 cocktails – and a myriad of distillates – which brings together in its high gin cup, cherry brandy, contreau, pineapple and lime juices, grenadine and angostura. In addition, to promote a different leisure, Museo Chicote now has a short tasting menu that’s served in the lobby of the bar, where they alternate cocktails and traditional tapas but with a modern touch, to discover Museo Chicote is perfect for the 21st century.

Drinks, cocktails and dishes that are in themselves a kind of history, fun and tasty, to which anyone who passes through its doors will discover that Museo Chicote is still the best ambassador of the Madrid cocktail. 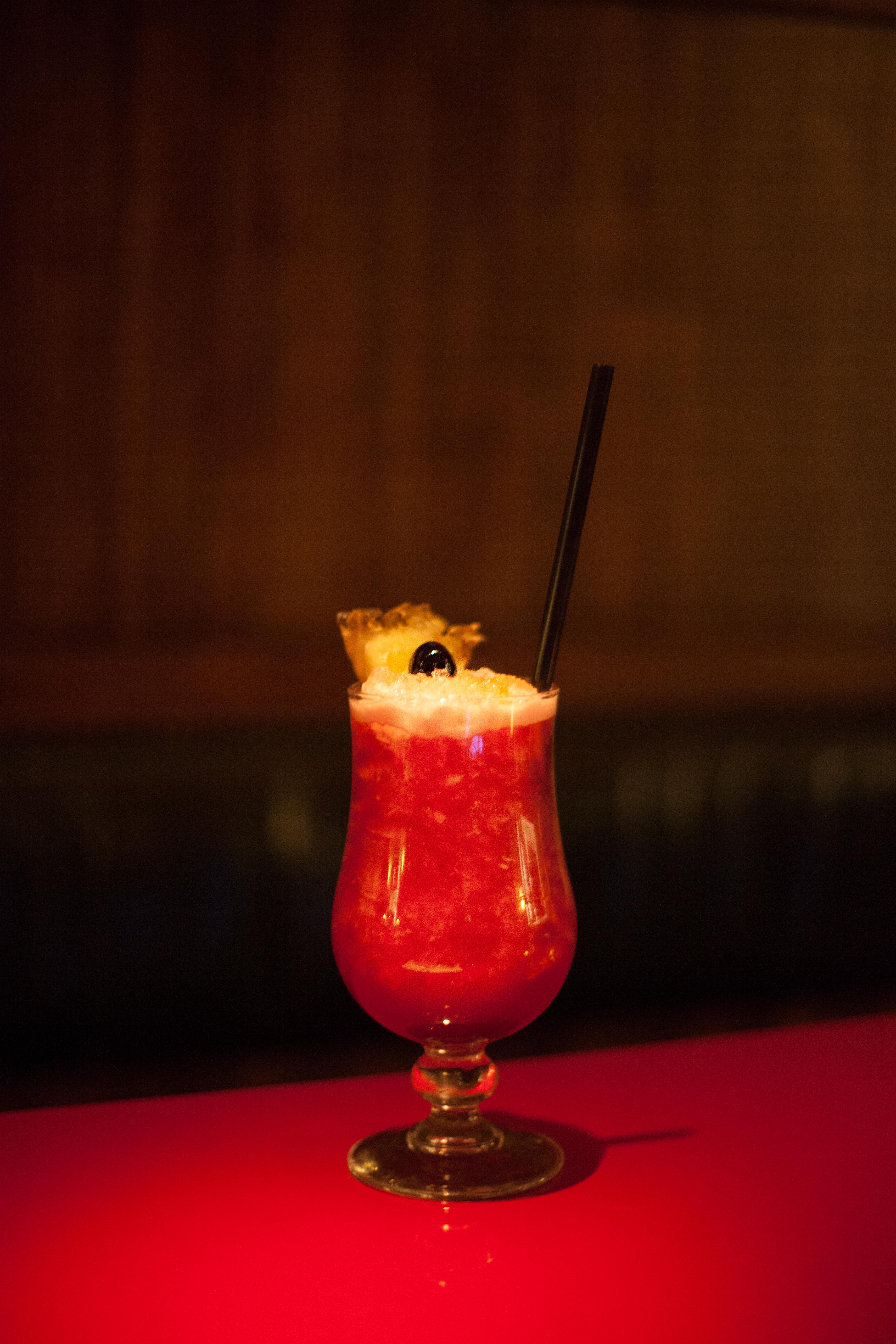 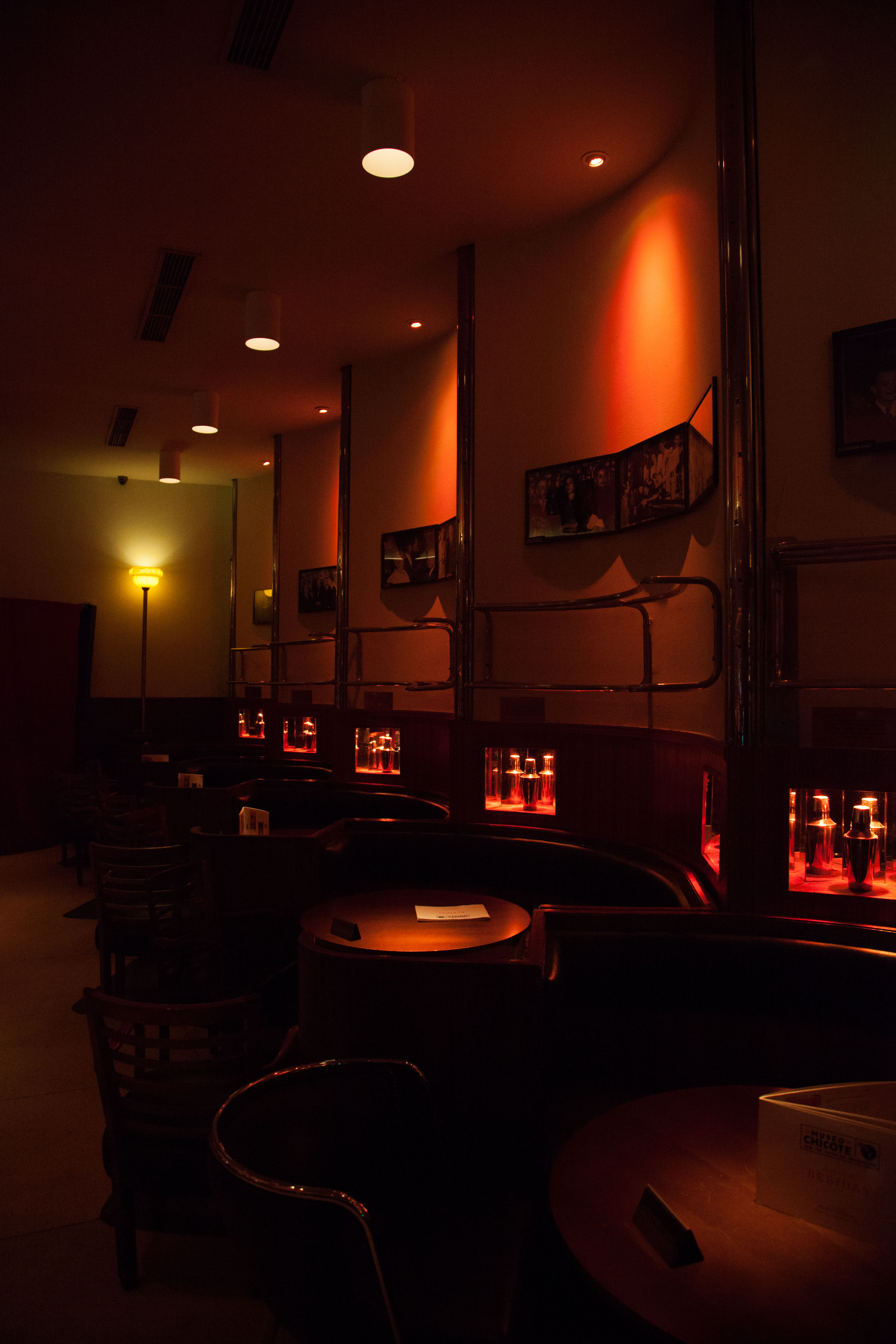 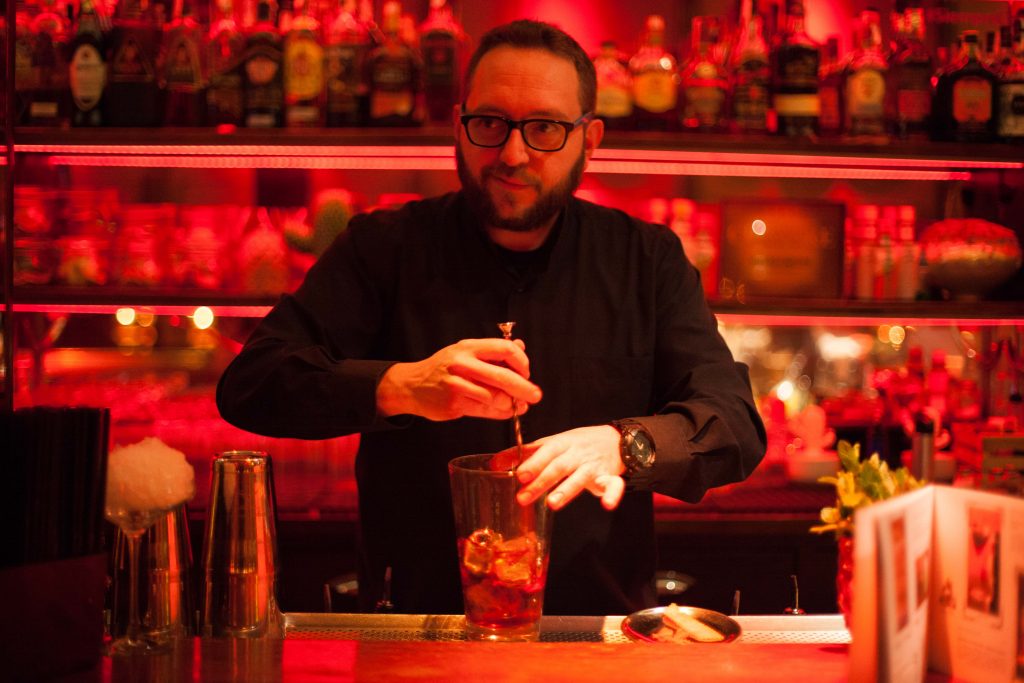 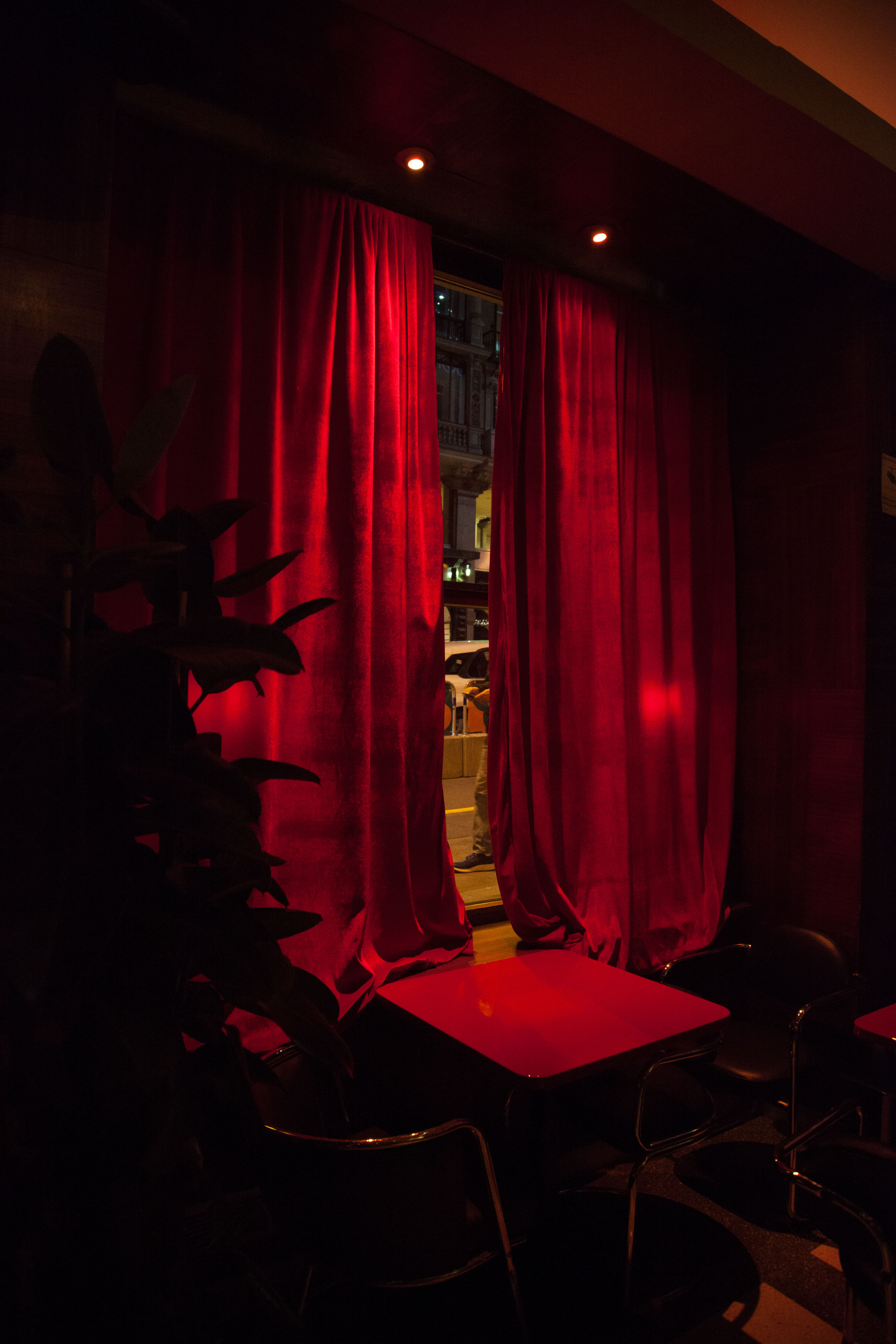 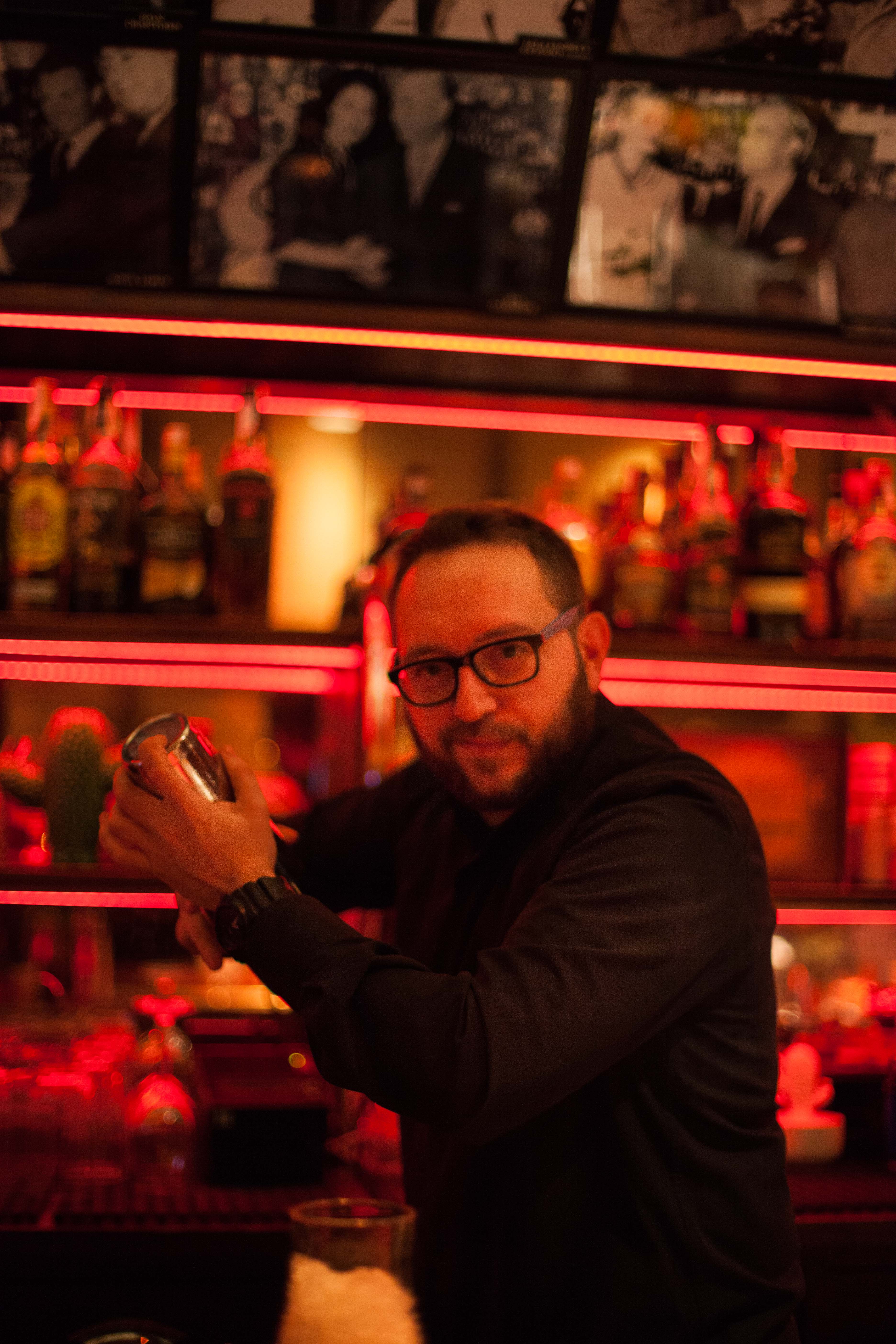 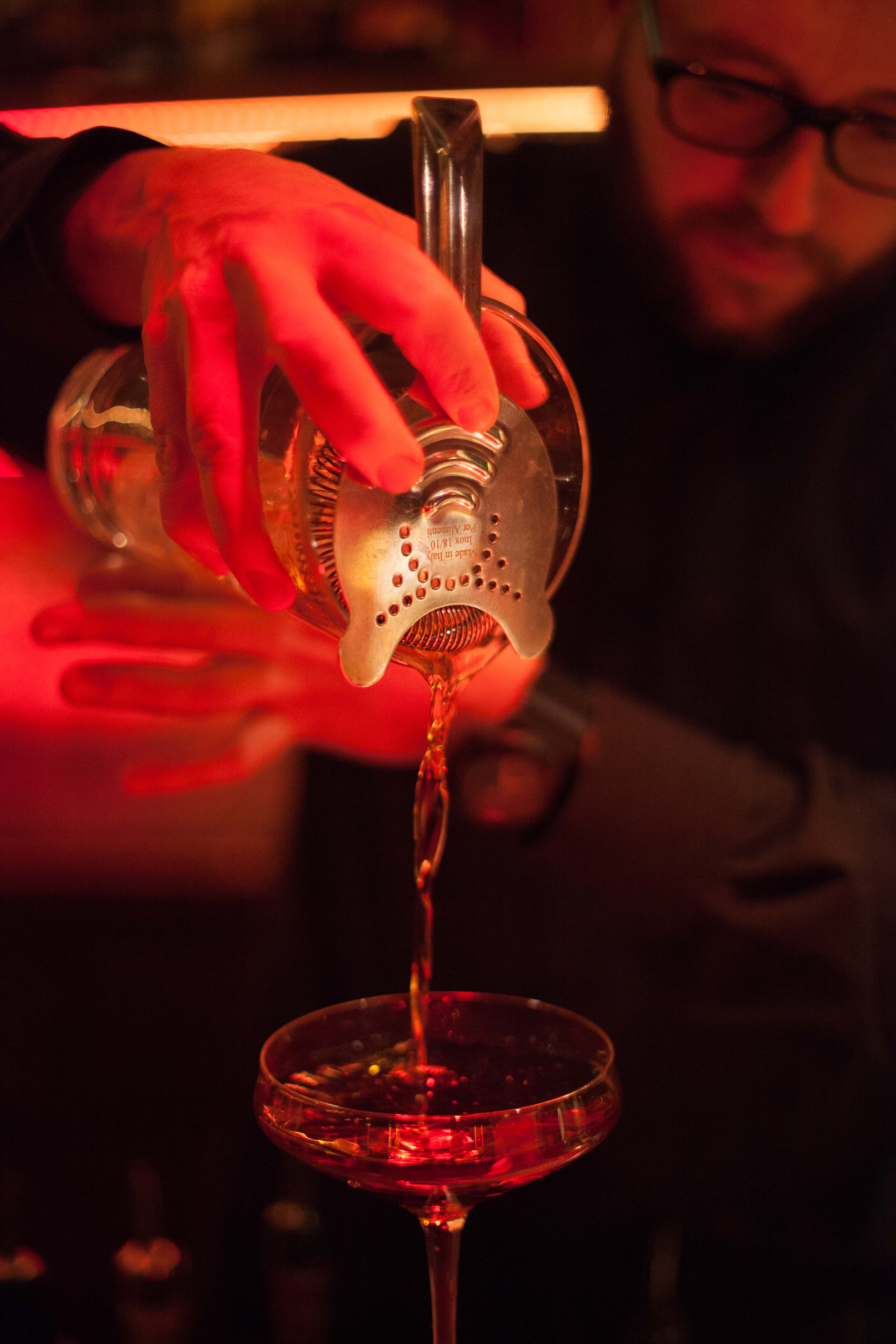 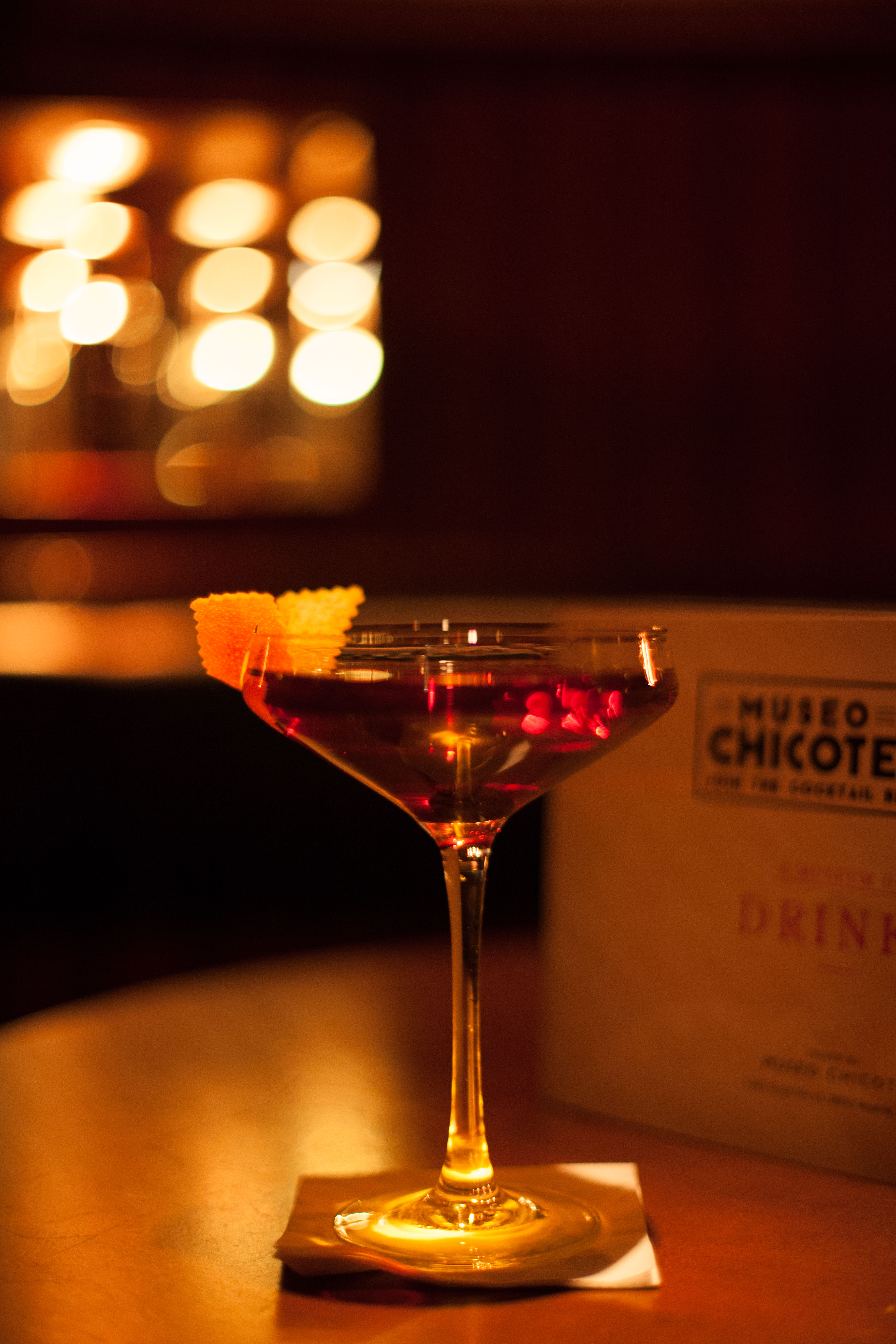 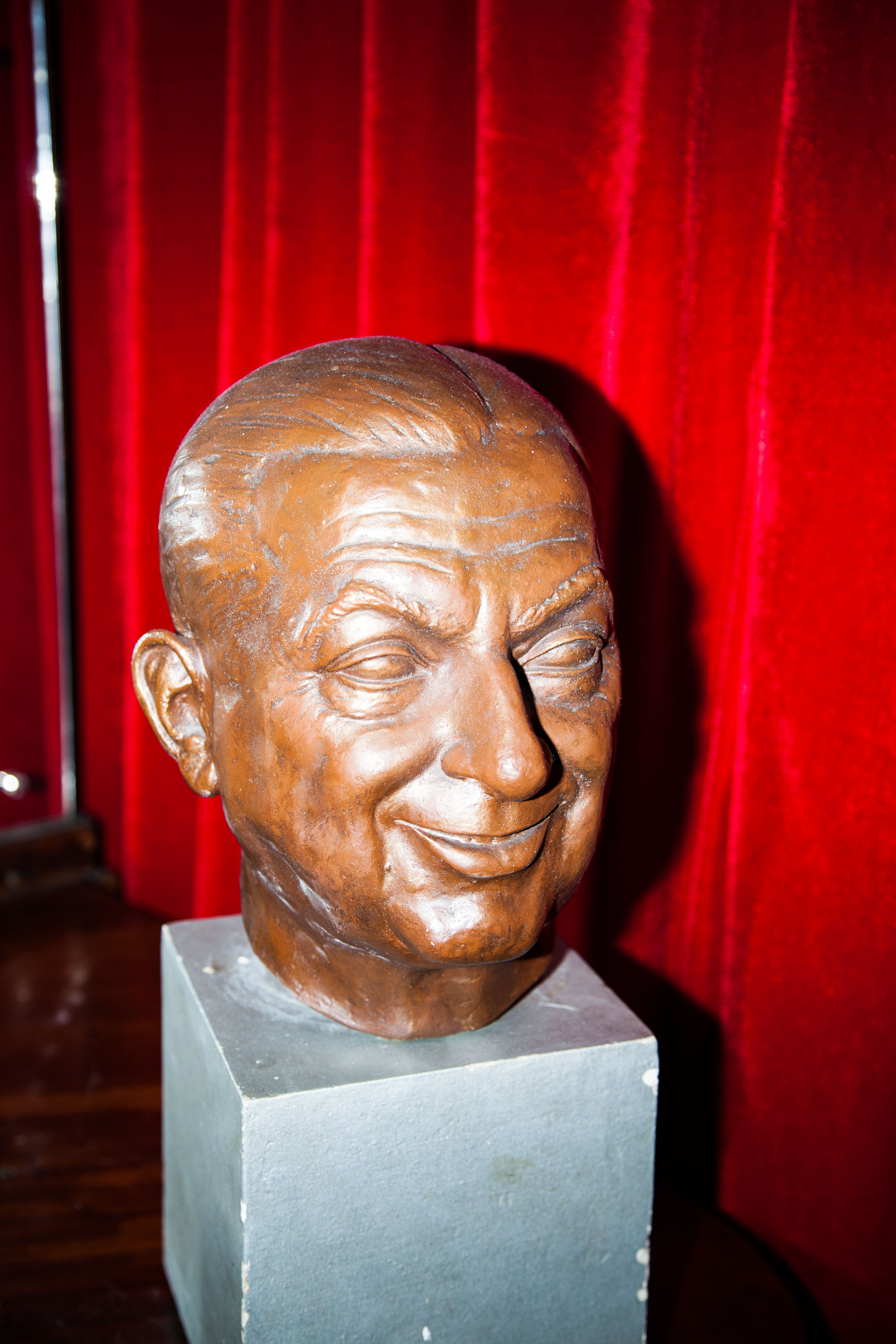 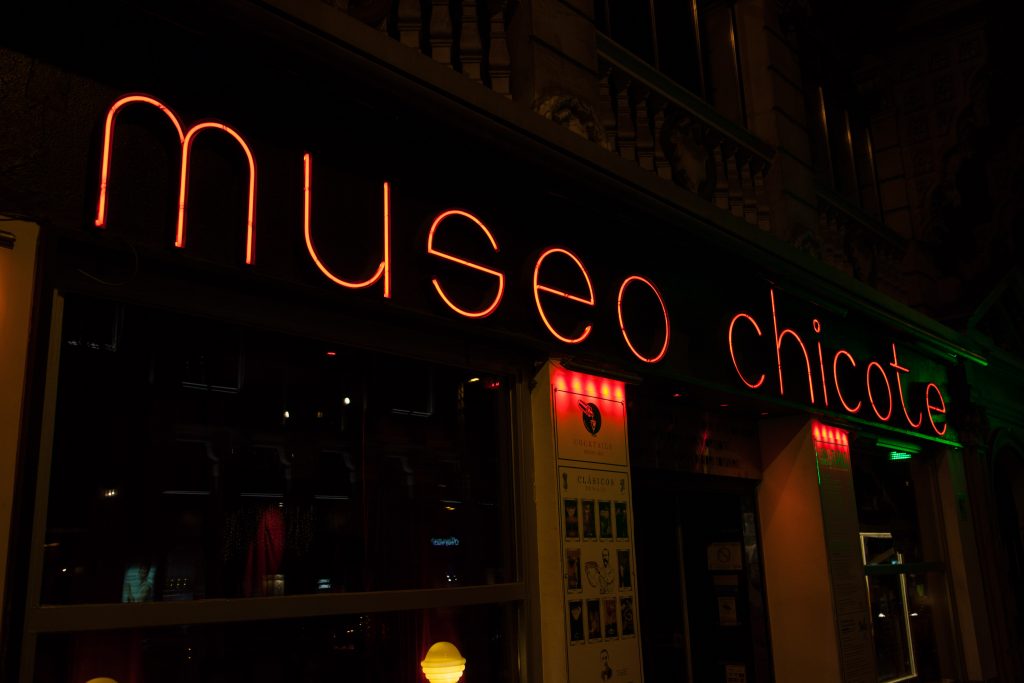 Hours: Monday to Saturday 7:00pm to 3:00am | Friday open until 3:30am and Sundays open until midnight