Maybe when we arrive at this restaurant, we’re joking about how the famous Italian dish should be pronounced in Spanish: with a z, with an s, or cs, but what is clear is that when we leave Picsa — a project conceived by the creators of Sudestada, Chifa and Perro Bar, Estanis Carenzo and Pablo Giudice — we’re not only pronouncing it according to the rules of Argentinian slang, but we’re also not even thinking of the Mediterranean as its only place of origin.

Pizzas, or “picsas,” as we’ll call them in honor of this establishment on Ponzano street that took them as its name, are neither from thin dough like the Romans’ nor the large and greasy slices of Italian-Americans; rather, they’re authentic (and thick) Buenos Aires sourdough pizzas.

The foundation of the menu is, almost exclusively, these pizzas made in a wood-fired oven, with a “secret” mix of three cheeses — one from the Pyrenees, one from Galicia and another that they prefer to keep under utmost secrecy — and a sauce from organic tomatoes picked in the pizzeria’s own garden on the outskirts of Madrid. Despite this, though, there’s also space for a wide range of appetizers that spark competition between the “old school” and “new school” recipes that are the stars of the house. Between these Buenos Aires mezzes, as they’ve decided to call them since they’re similar to the Mediterranean dishes designed to share that we know as Spanish tapas, we can highlight the fantastic and refreshing Rulli sardines from a Venetian recipe, vitello tonnato — cold roasted veal with a delicious anchovy and tuna sauce — and the organic beans (green beans) in an vinaigrette of onion, pepper, carrot and bay leaf.

The pizza we tried, and that we always recommend to share, was half Mexican — tomato, Oaxacan cheese, chili peppers, beans, onion, dried chilis, and roasted pork — and half Calabrian — tomato, pizza cheese, spicy chorizo, provolone, Basque peppers, parsley and black olives. But for colorful flavors, we recommend you take a look at their extensive menu that includes interesting mixes like duck and fig or pork cheek and artichoke. Of course, it’s always best, if you can, to go for a whole pizza to share, with some wines — their menu won’t leave you indifferent and they’ve got a strong selection of natural wines — for a night of tapas in the neighborhood, in addition to being able to enjoy seeing how they make the pizzas in a wood-fired oven instantly and in front of the guests.

As always, there’s room for dessert: flan with whipped cream and dulce de leche, pears in Malbec, or chocolate cake with dulce de leche ice cream. And coffee, of course, from Toma Café.

Oh, and don’t worry when you see the thick pizza dough. They’re much lighter than what you imagine, thanks to the dough’s long fermentation process. 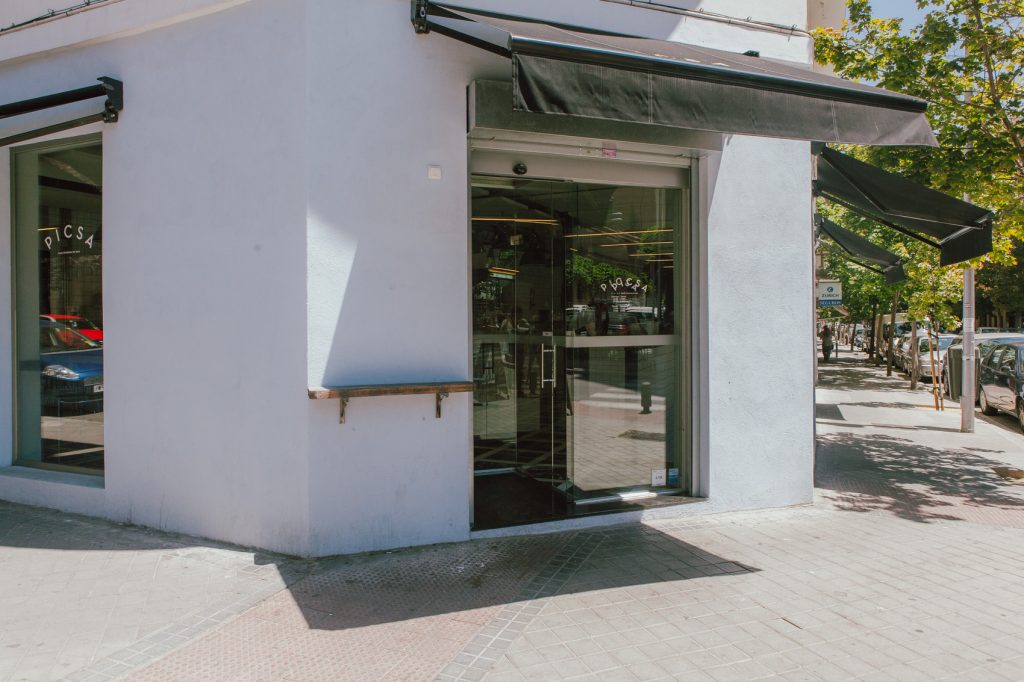 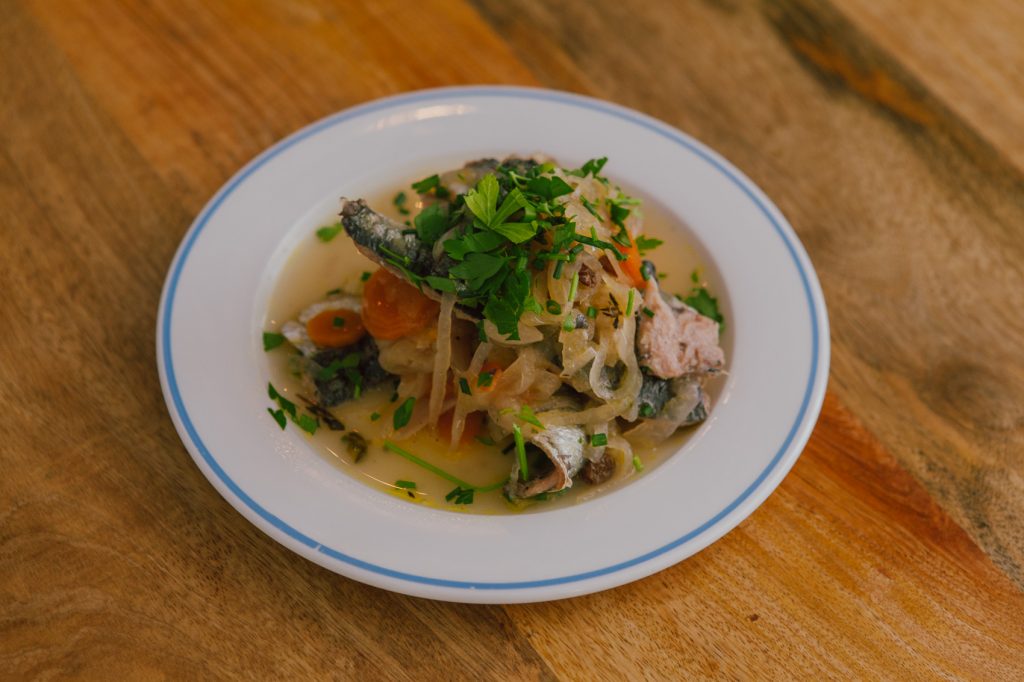 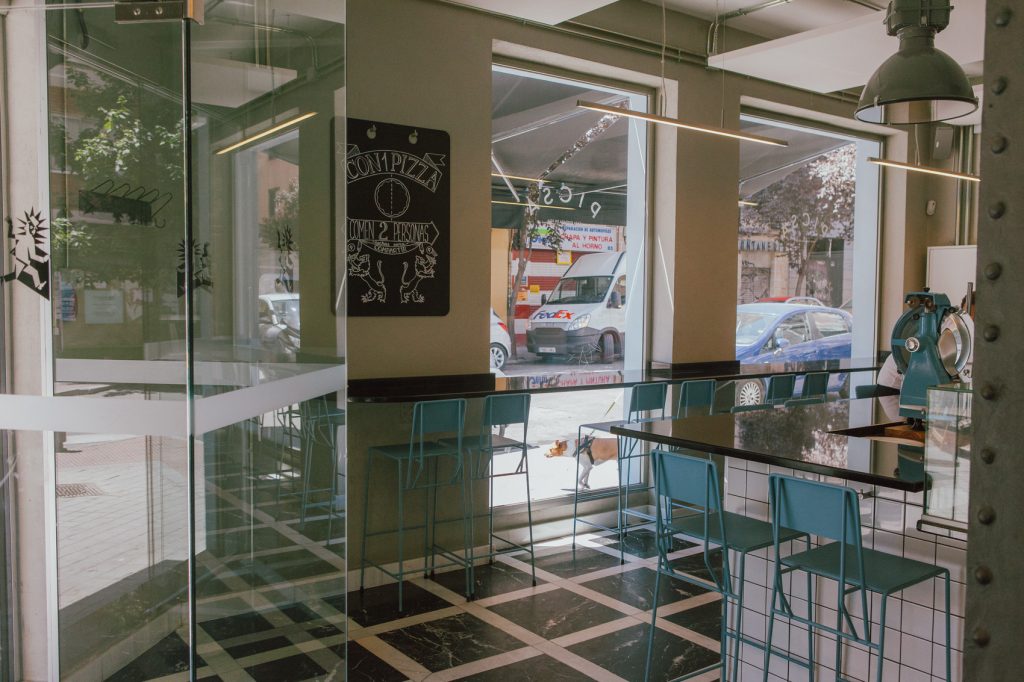 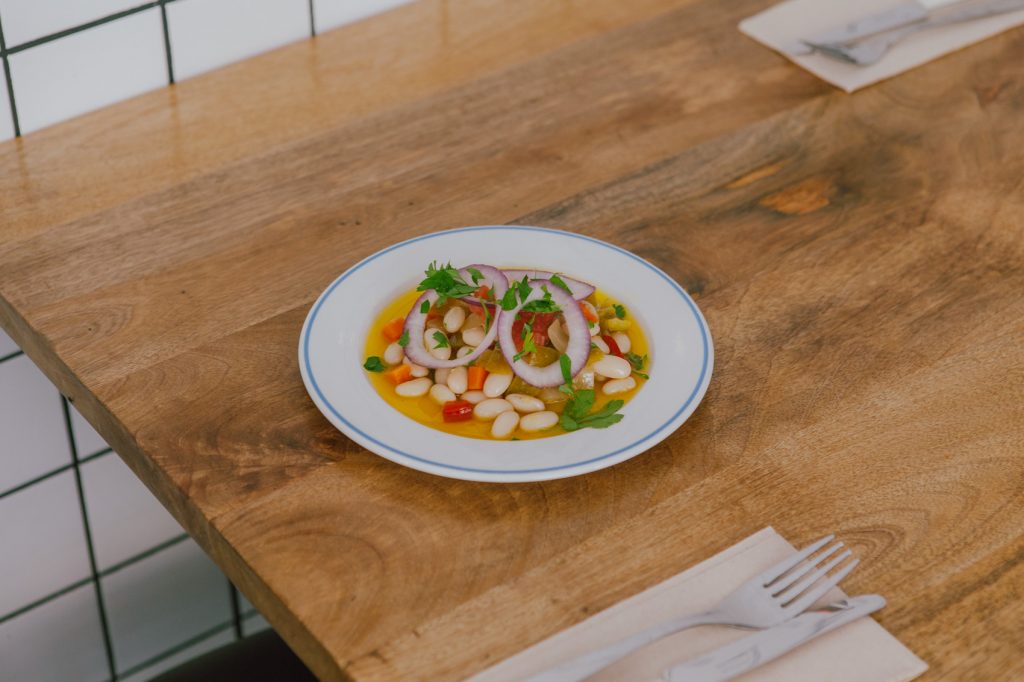 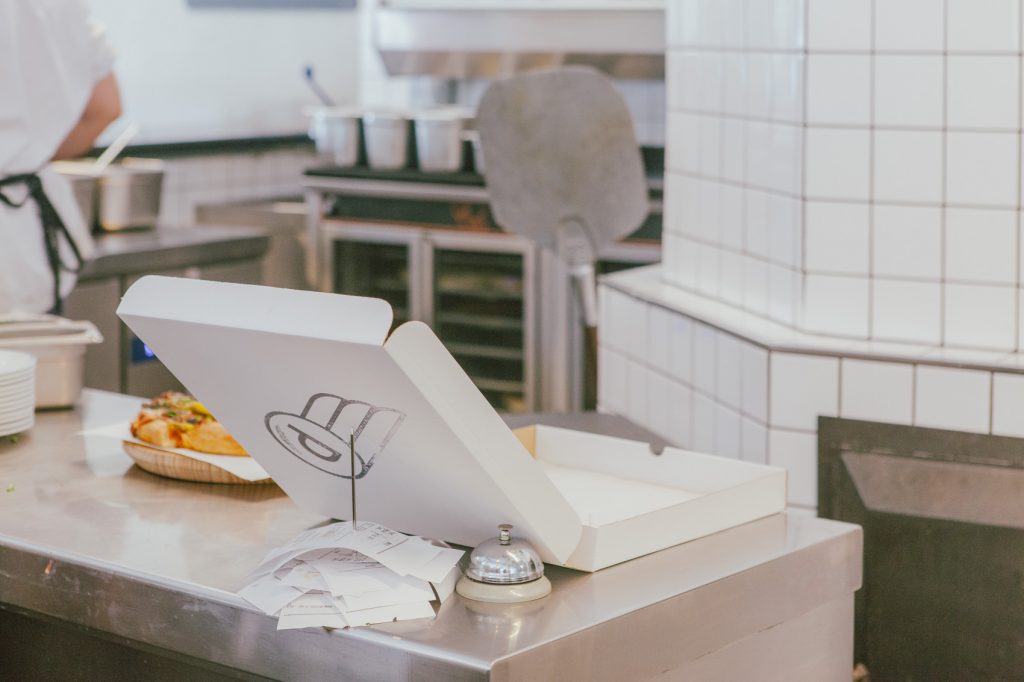 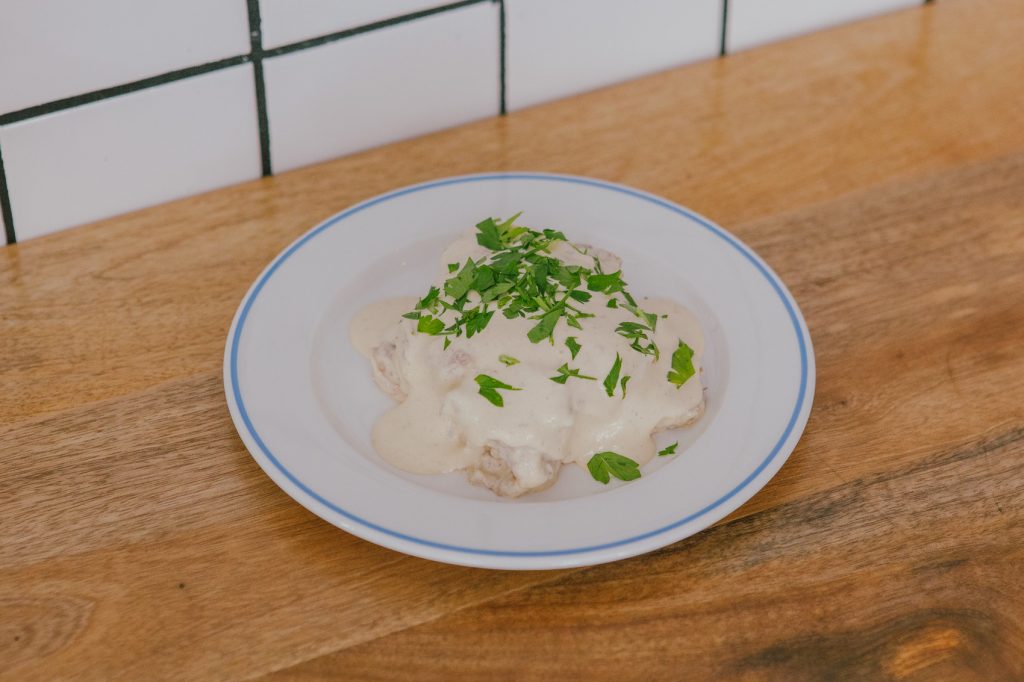 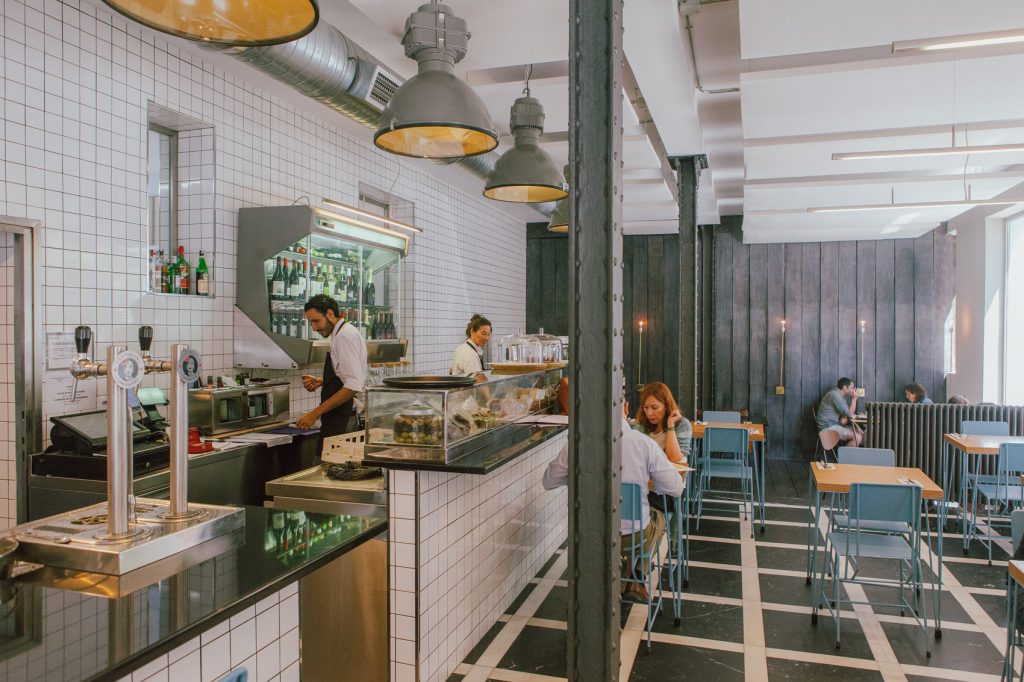 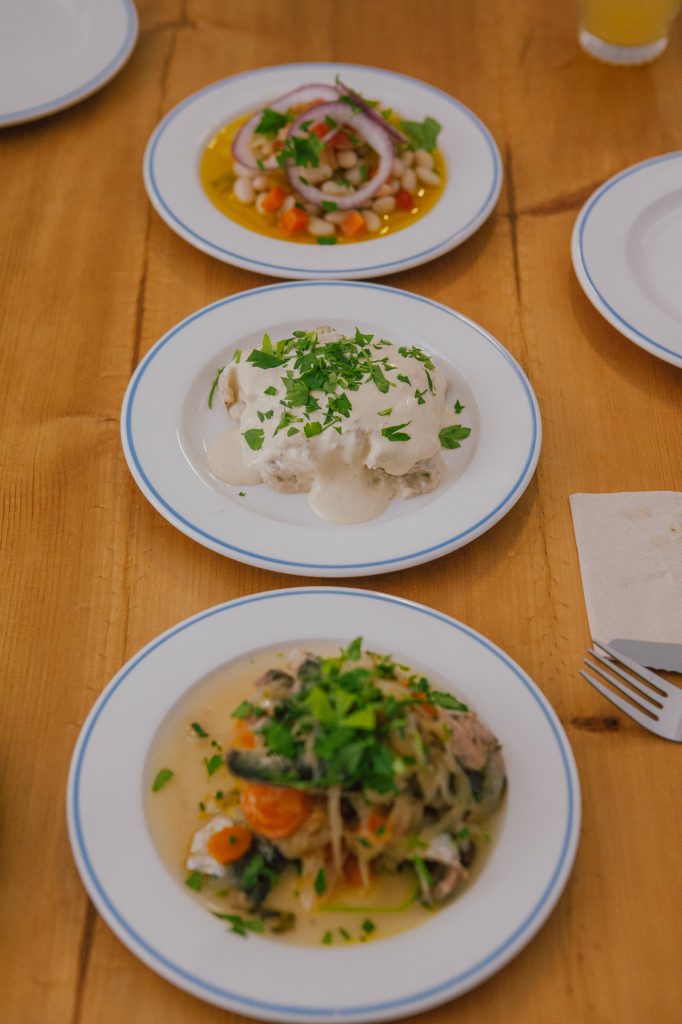 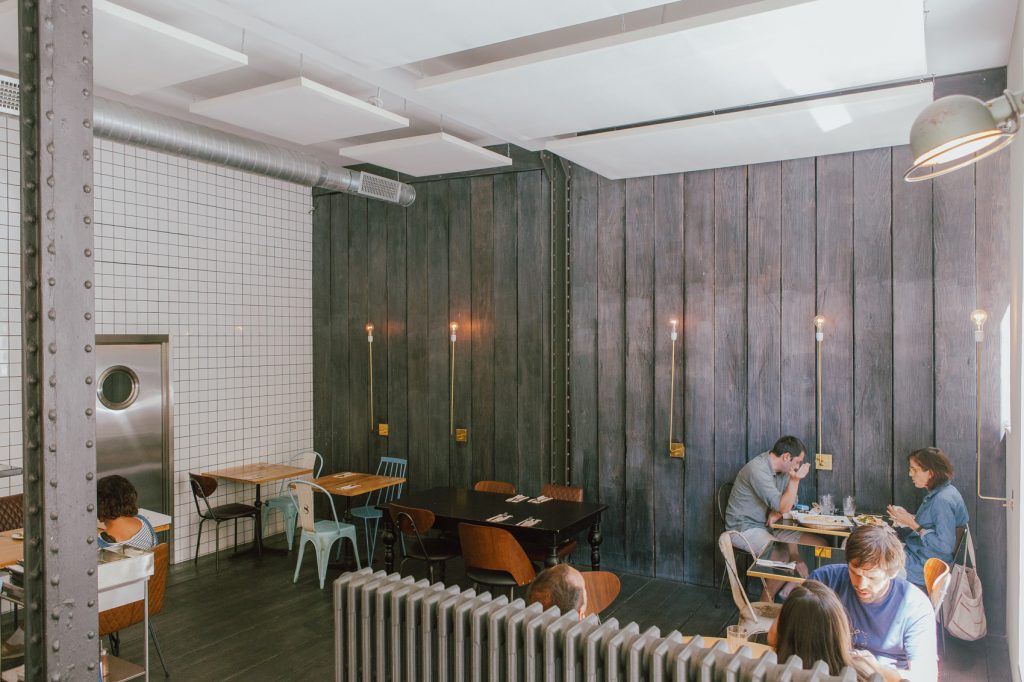 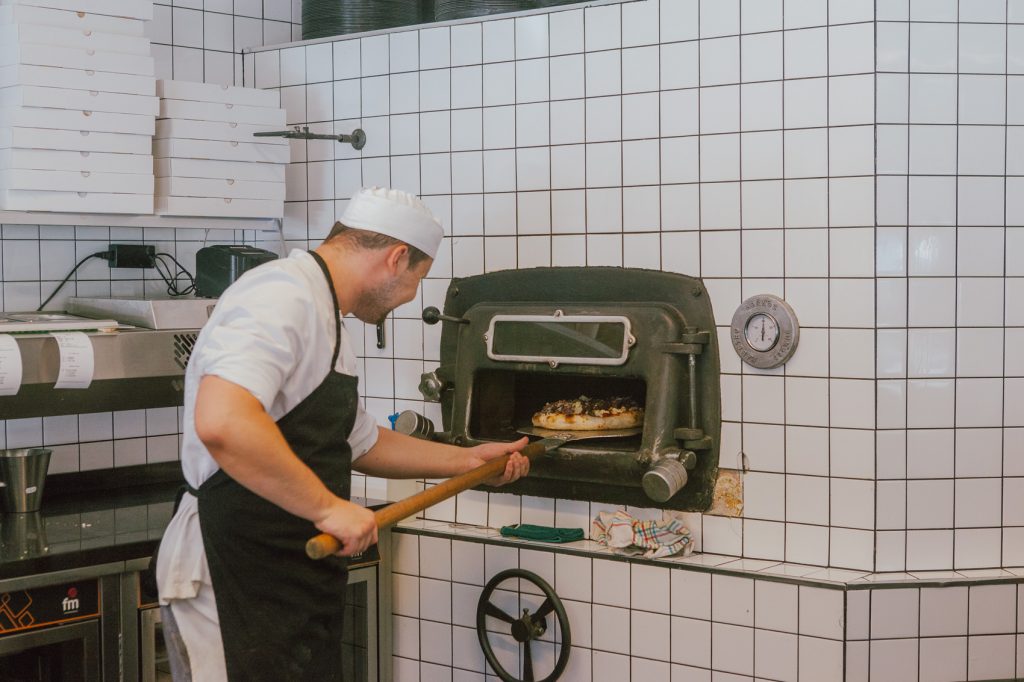 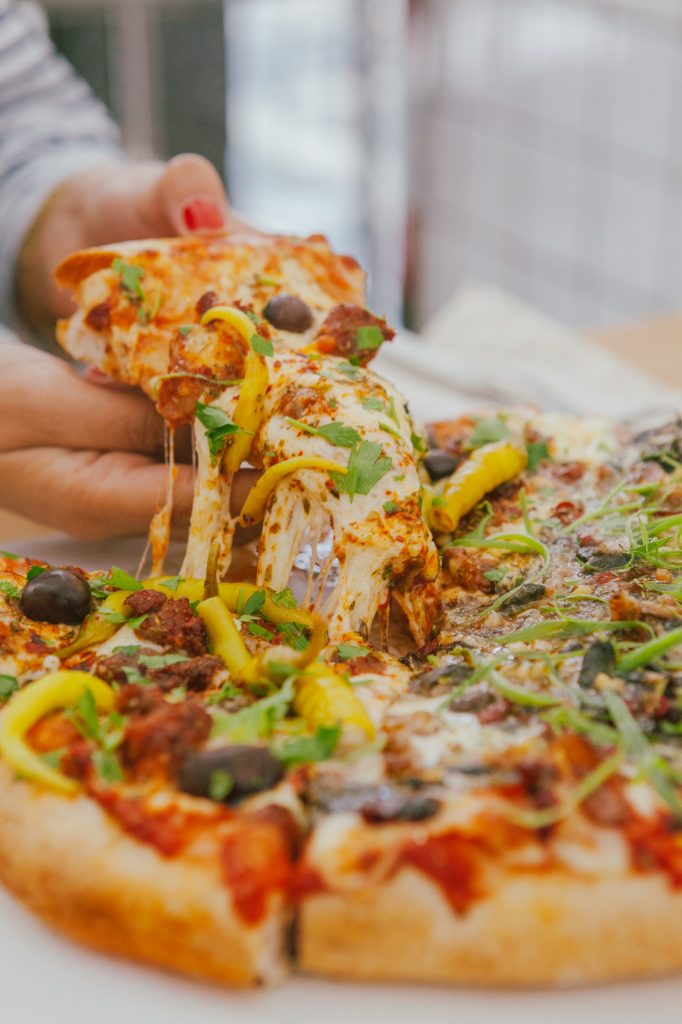 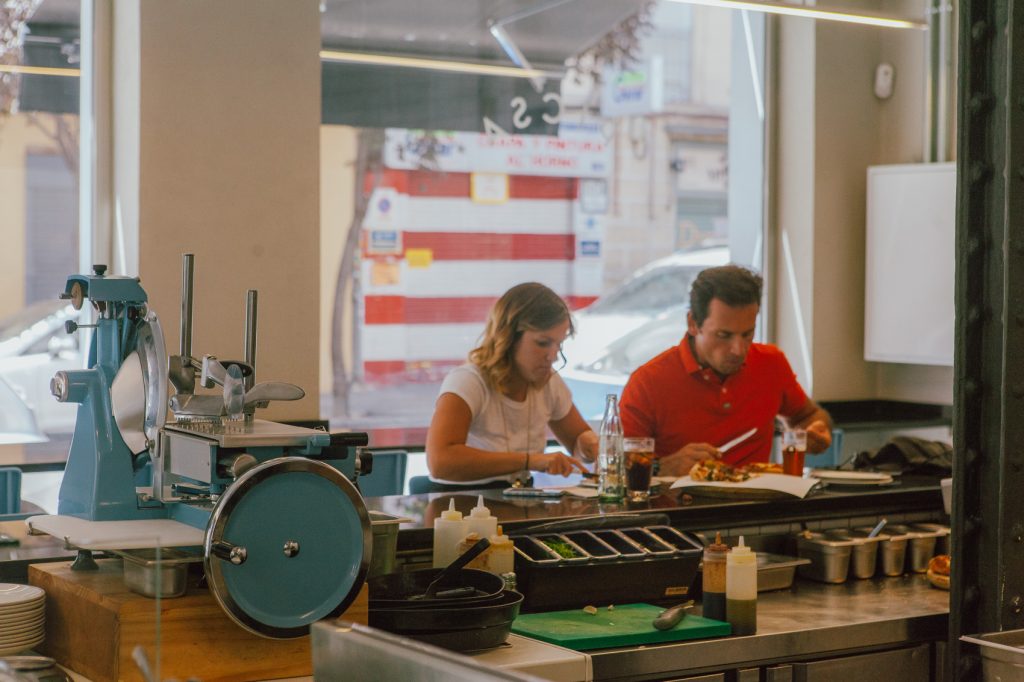 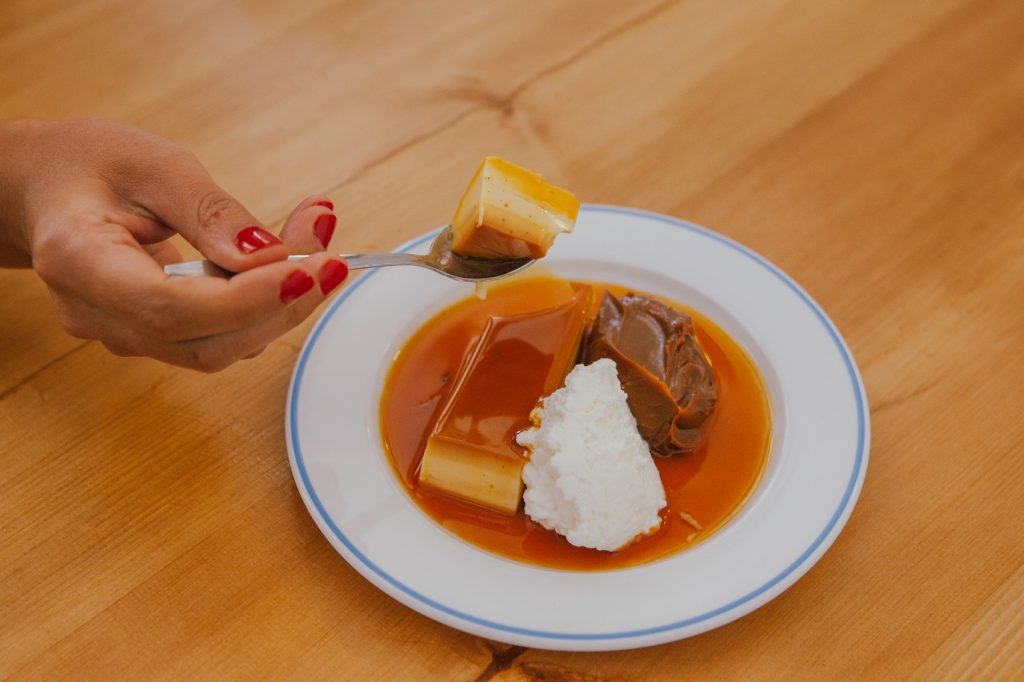