Saturday mornings at Don Manuel Lira’s house are hectic. He and his two assistants rise early to sharpen knives, split wood, clean the holes, and cover the anafres with coal. La Guti, his wife, is in the kitchen chopping onion, boiling chickpeas, and soaking dried chilies, cinnamon, avocado leaves, garlic, rice and cloves in a ground tomato sauce. The first rays of sun appear between the cracks in the stable where the lambs gently chew their grains. The pigs in the corral raise their snouts to claim their alfalfa. The roosters crow and frantically wave their wings announcing the arrival of the day.

Honesty, respect, and humility in the presence of God is the motto Don Manuel preaches. He considers himself a “happy poor” because his wealth lies in the unity of his family. Perched between volcanoes at 2,700 meters above sea level, San Bartolo Morelos is a small town in Mexico that, until now, has remained immune to the violence that lurks in other rural areas of the country. The local specialty is the pit barbecue, a ritual inherited by distant ancestors. Traditionally, a hole of variable dimensions is dug within the land. In this case, it is a brick pit with the capacity for 8 lambs. Dry oak wood is essential and once it turns into embers, Doña Guti’s broth is placed above it. The broth will collect the juices of the meat while it cooks, creating the famous barbecue consommé.

Don Manual chooses young male animals. He collects their blood in a pot and seasons it with peppermint, garlic, and onion. He empties the viscera, cleans it thoroughly, and pairs it with the animal’s stomach, soaked in a guajillo chili sauce. Together with the head, boiled and hairless, they are placed on a grid within the hole next to the previously salted meat. The next morning, San Bartolans will arrive at the stall in the plaza to negotiate for these delicacies. Spikes of maguey are softened in the fire in order to wrap them around the meat. The sweat of the cactus adds a very particular flavor, without which the barbecue would not be complete. Lastly, Don Manuel covers the hole with dirt to seal it and keep the heat low and even, permeating the meat until dawn.

Through the rise and fall of his meat sales, Don Manuel remains energetic about the life and tradition emanating from his backyard. 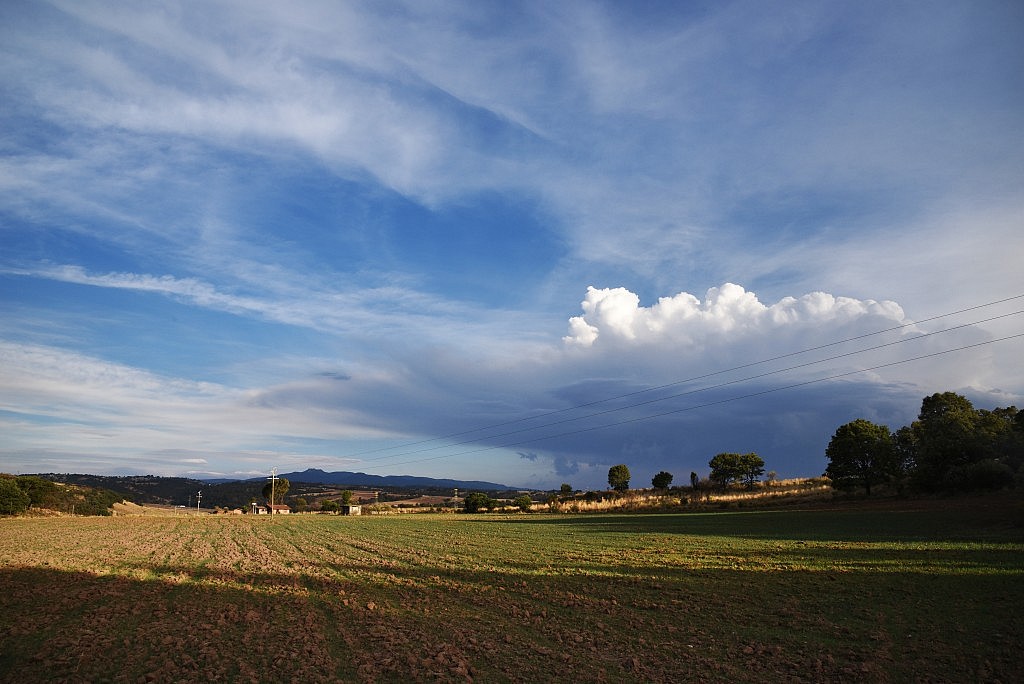 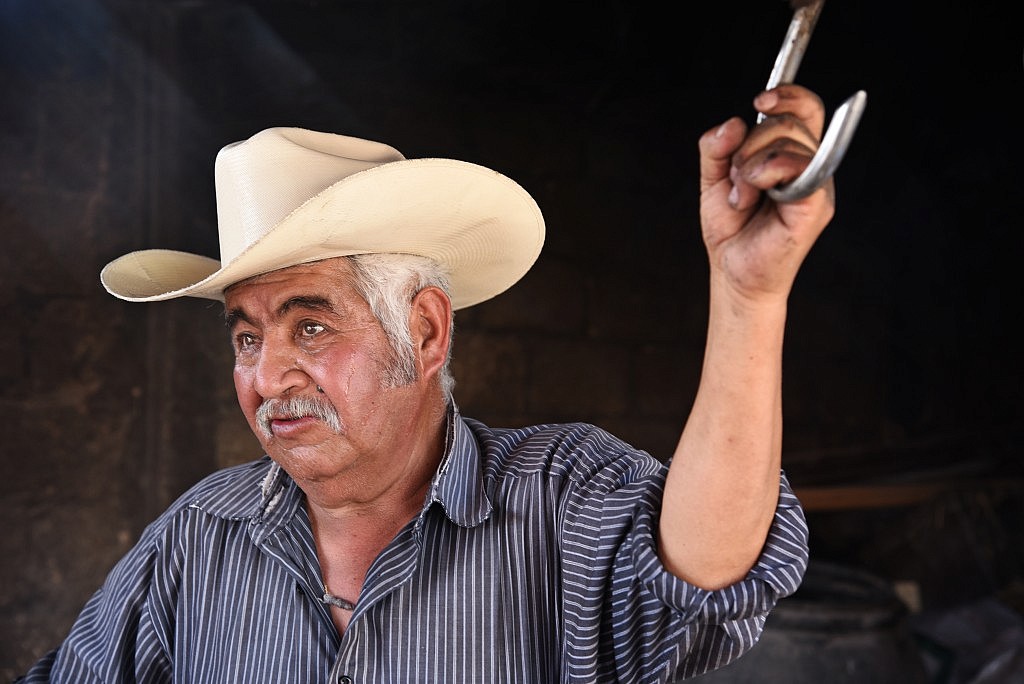 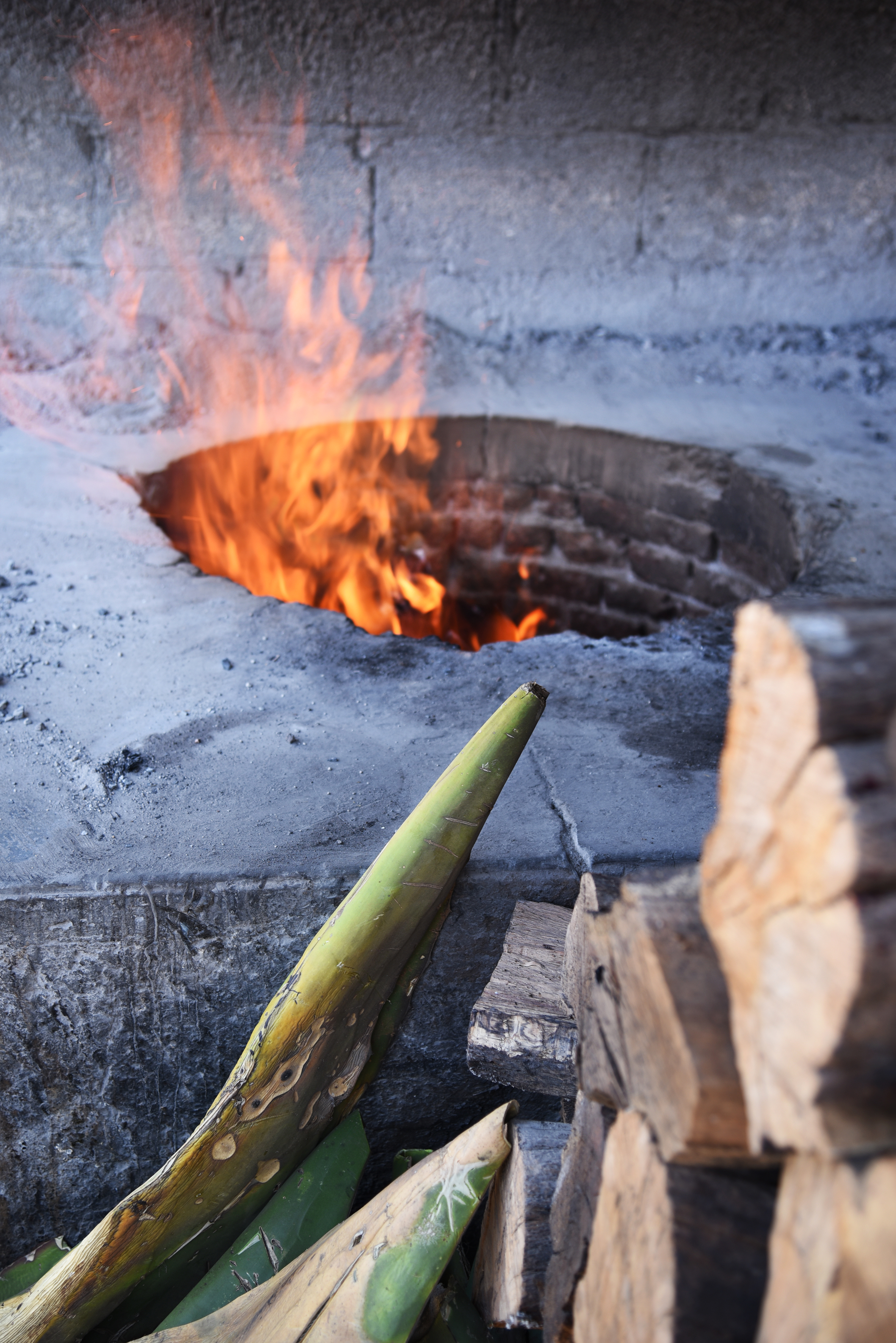 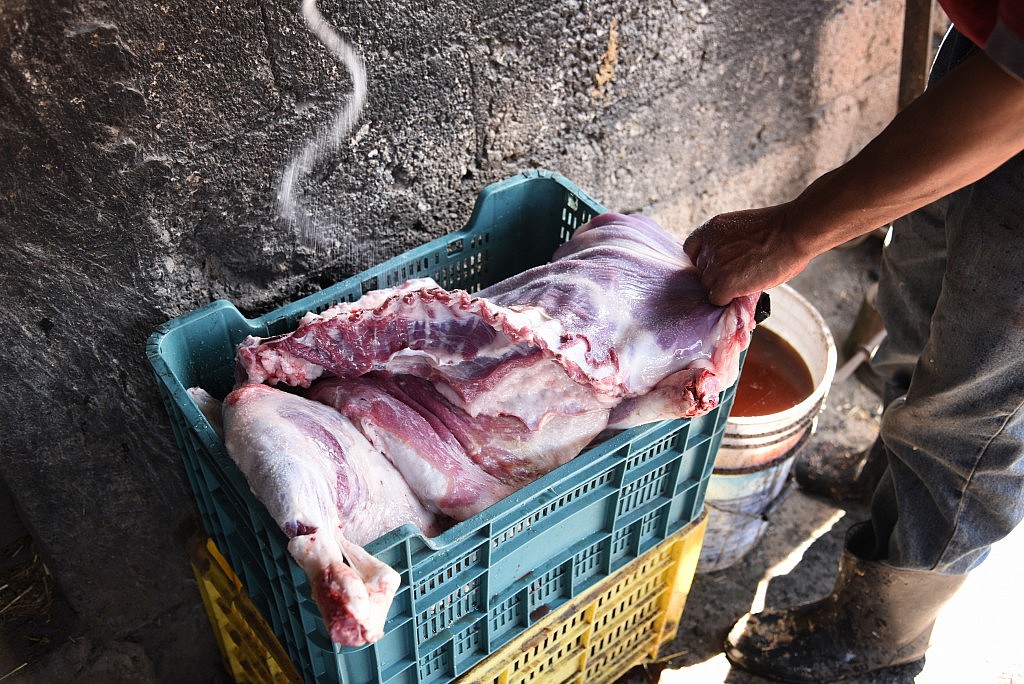 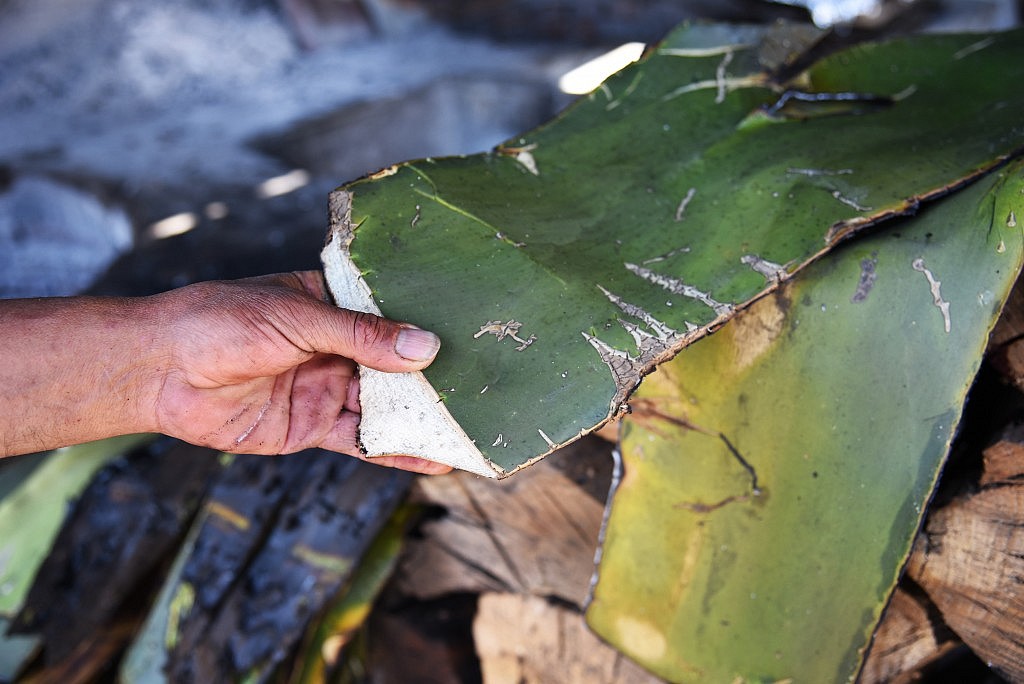 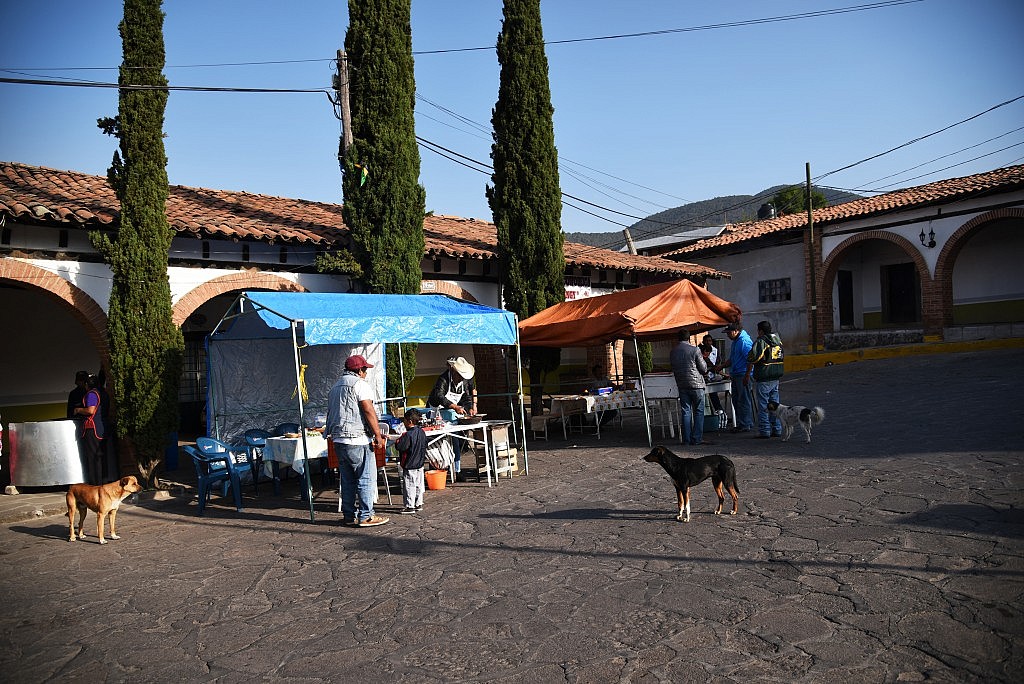 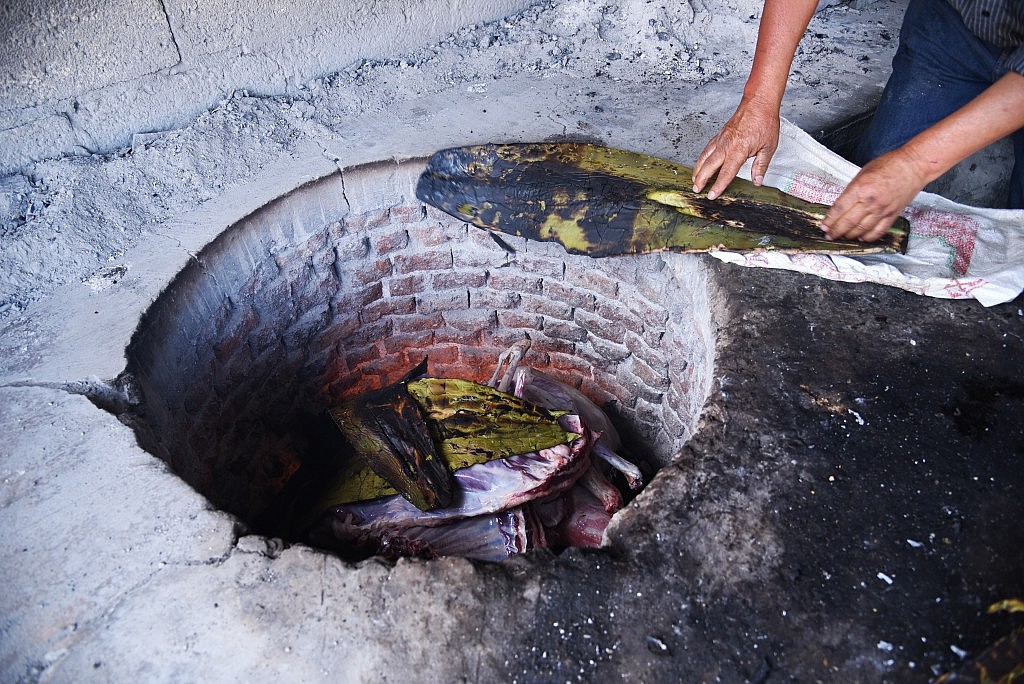 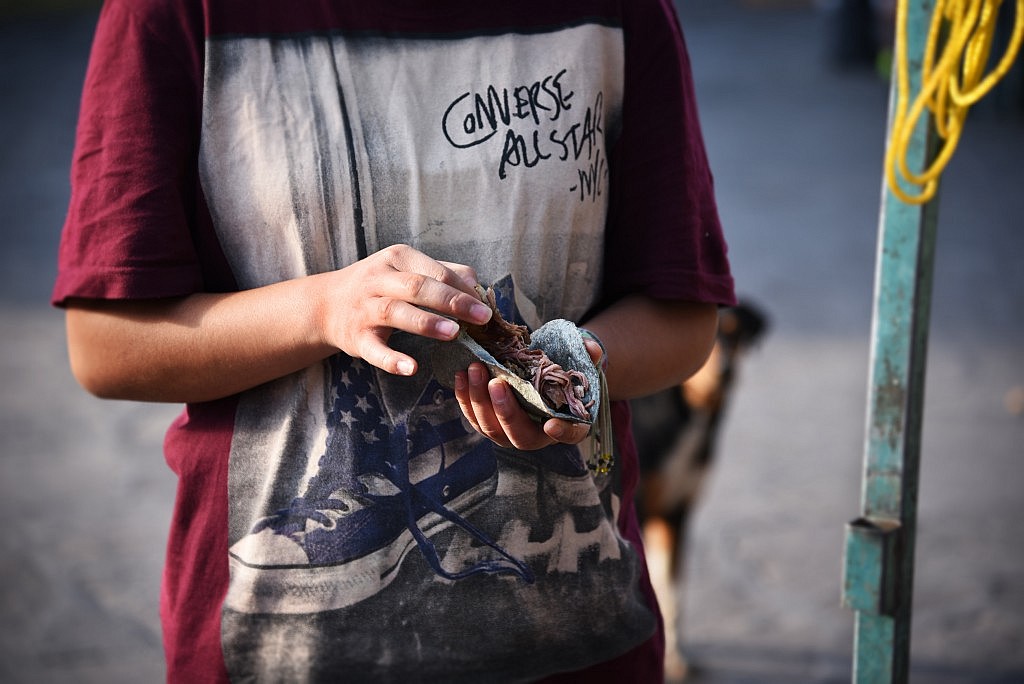 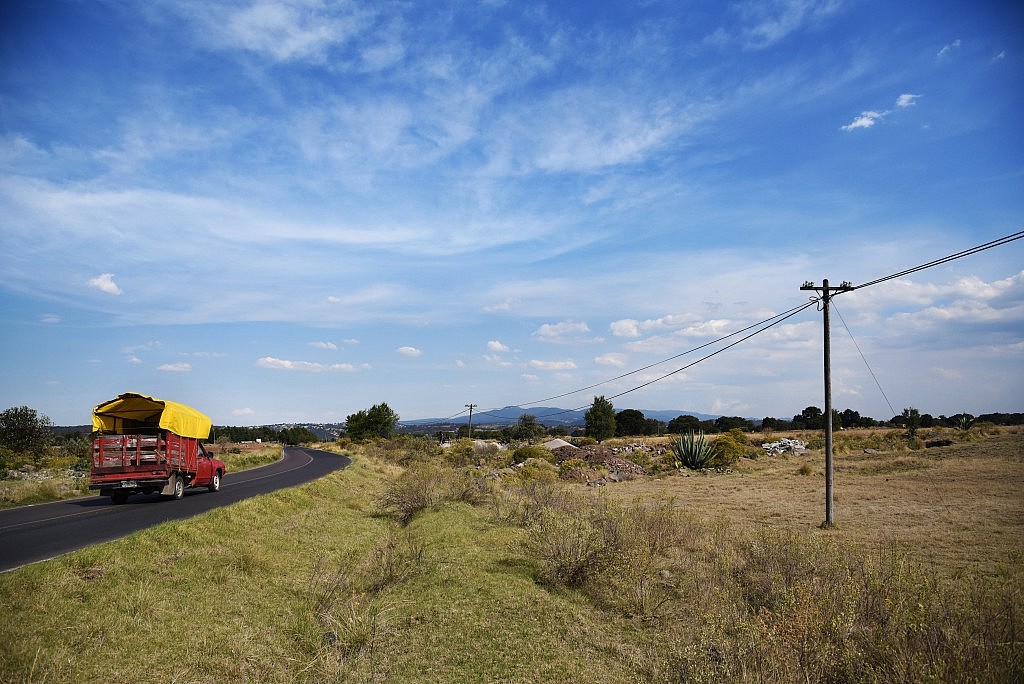 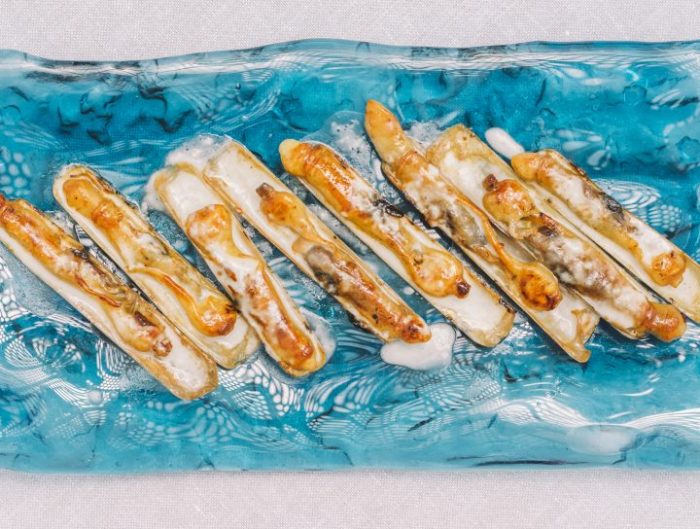 One Ocean, an above the sea culinary experience
June 26, 2019 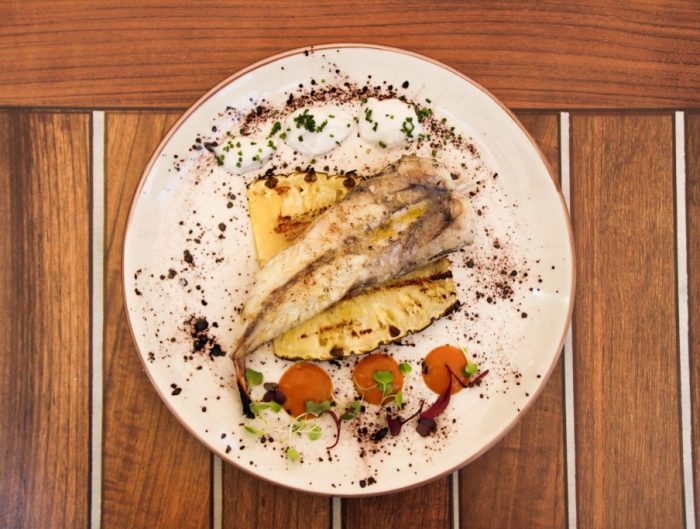