Map Of The Best Torrijas In Madrid

With the exception of fritters and Easter cakes, the torrijas are the quintessential dessert of Holy Week. They are not new (far from it) and ahve been cheering stomach and accompanying a few glasses of wine in many Madrid taverns since the fourteenth century. It is estimated that between 8 and 10 million torrijas are consumed in Madrid each year, and even then it seemed little to us. Therefore, as faithful advocates of this dessert we will reveal some key suggestions as to where you can indulge without remorse. Enjoy!

Have you ever tried a torrija of Ibizan origin? If the answer is no, stay calm because the restaurant Sa Brisa is awaiting you. Located in full retirement and with a gastronomic offer marked by Mediterranean products, the place offers this traditional dessert but with the occasional Balearic nod. And how do you eat it? It is specifically accompanied with goat cheese, dried figs and almond ice cream. Original, right? 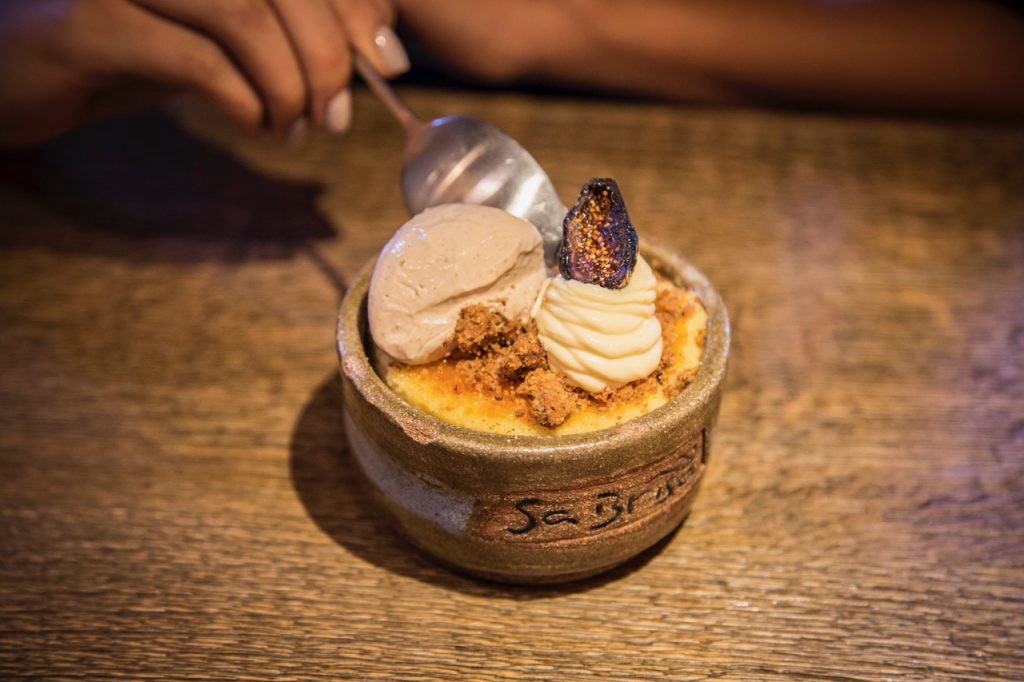 Located in the neighborhood of Malasaña, this tavern also celebrates the arrival of Holy Week by offering this most desired of desserts. This torrija, thick and juicy, is made following the traditional recipe but with a very special touch – caramelized butter with sugar. It is served in its own mixture with a touch of cinnamon, lemon foam and red berries. An authentic explosion of sweetness for the palate that will make you want ten more. 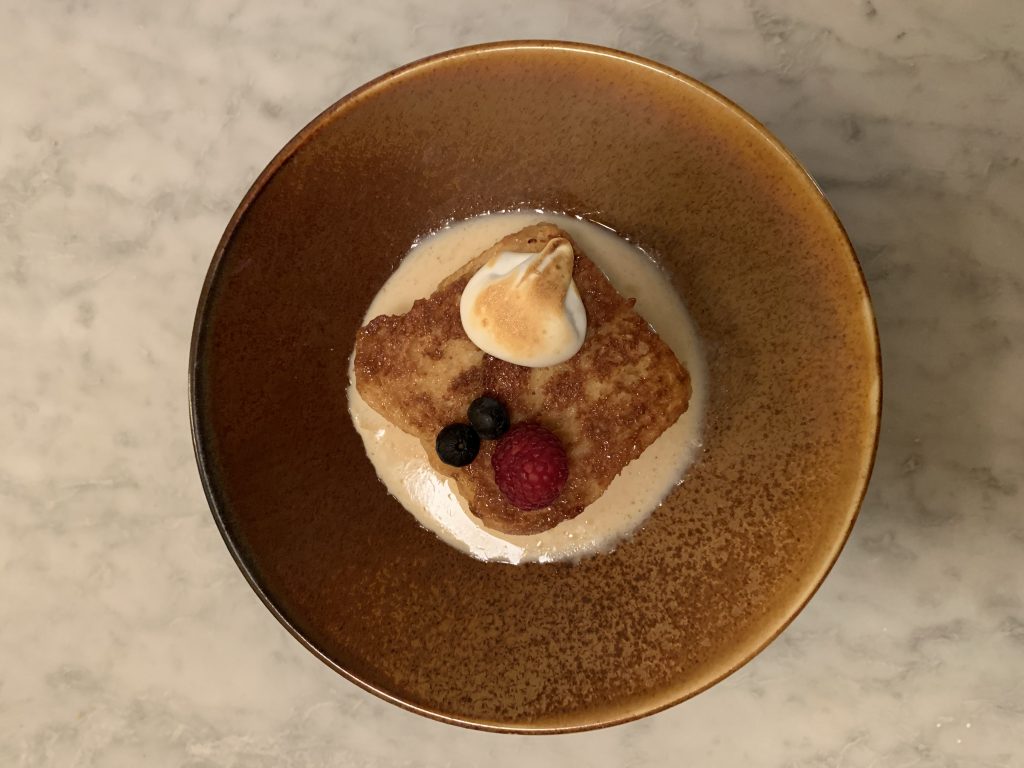 With 125 years of history behind it, this workshop, located at number 8 of the Puerta del Sol with more than 200 product references, among which the iconic Neapolitan cream and chocolate, truffles or cream pie with strawberries, La Mallorquina is one of those places that cannot be missing in any pastry ranking. Nor their torrijas. They are made following the original recipe of 1894, with artisan bread, dough and baked in the workshop. To begin, they bathe it in milk flavored with cinnamon and lemon, they are passed through beaten egg and then fried in oil. Once drained, they are covered with sugar and cinnamon and … ready to eat. 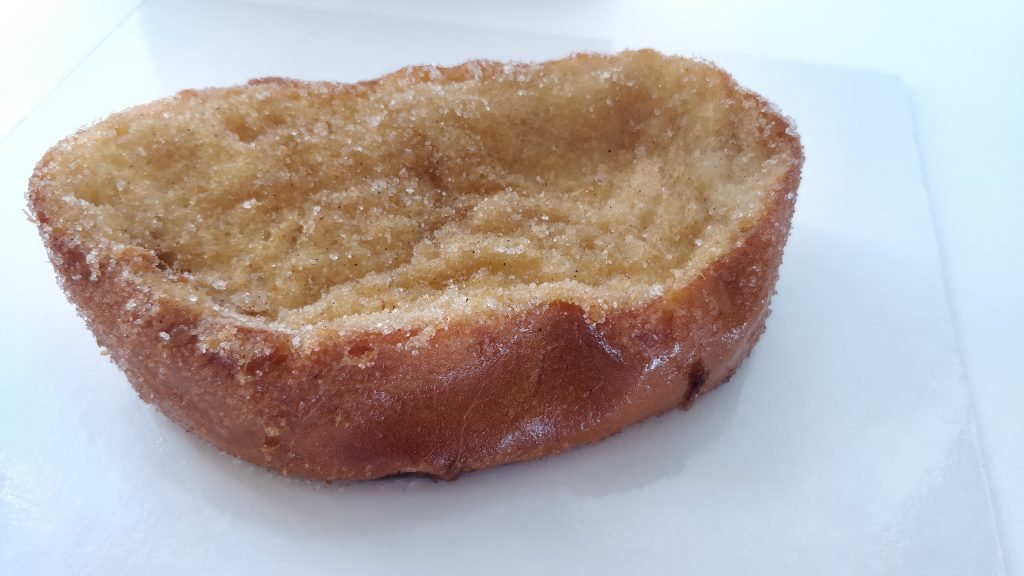 This cafe is an essential part of the cultural and social life of Madrid. And after its renovation, it became a gastronomic reference that has managed to conquer very diverse palates through traditional recipes such as bravas, croquetas, cocido or torrijas. One of the desserts, along with the broken chocolate cake, are the more demanded and more instagrameable desserts of the place. Normally, it is served caramelized, on rice with milk and a violet ice cream with flower included … Come on, impossible to resist. 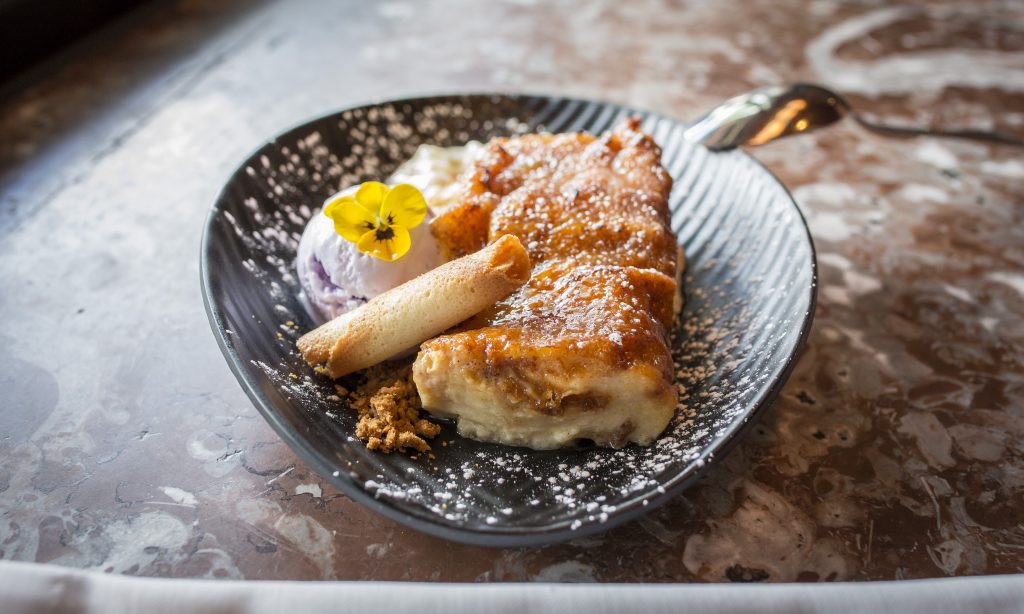 “We start to prepare the torrijas on Lent Wednesday and we have them throughout Lent, Easter and a couple of weeks more”, explains José Fernández, Pastry Master of Nunos, about one of his best sellers . “We always aim for traditional flavors – flavors that remind us of childhood, but with today’s consumption habits we lower the levels of sugar and fat a lot “. And they elaborate with more than 30 varieties each season, and some of them with honey, tiramisu or toffee. “We are the dessert and what we are looking for is a little cloying product full of flavors,” he explains. This year, the collection is inspired by wine. The most characteristic flavors are that of champagne and vermouth. Pure originality. 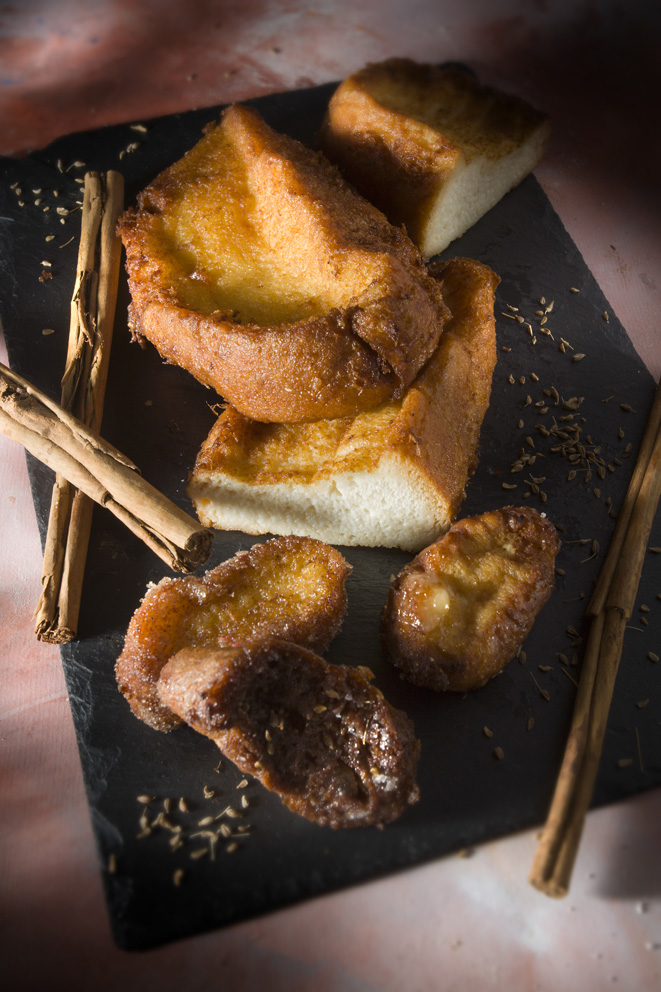 Recently awarded for making the Best Torrija in the Madrid Community 2019 in the Traditionalcategory, the restaurant of the Hernández brothers is another one of those essential places where you always have to ask for dessert. Especially the Caramelized Torrija with salted caramel ice cream. An explosion of textures and flavors which will lift you to the sky. The key to their success? “We look for the contrast and pairing between the sweetness of the caramelization of the torrija with the salty accompaniment of the salty caramel ice cream. The most traditional part of the torrija is the mixture that my mother taught us since we were little: to soak the bread with milk, cream, farm eggs, sugar and vanilla. After soaking we give it our personal touch by caramelizing it instead of frying it. ” A delight only suitable for sinners. 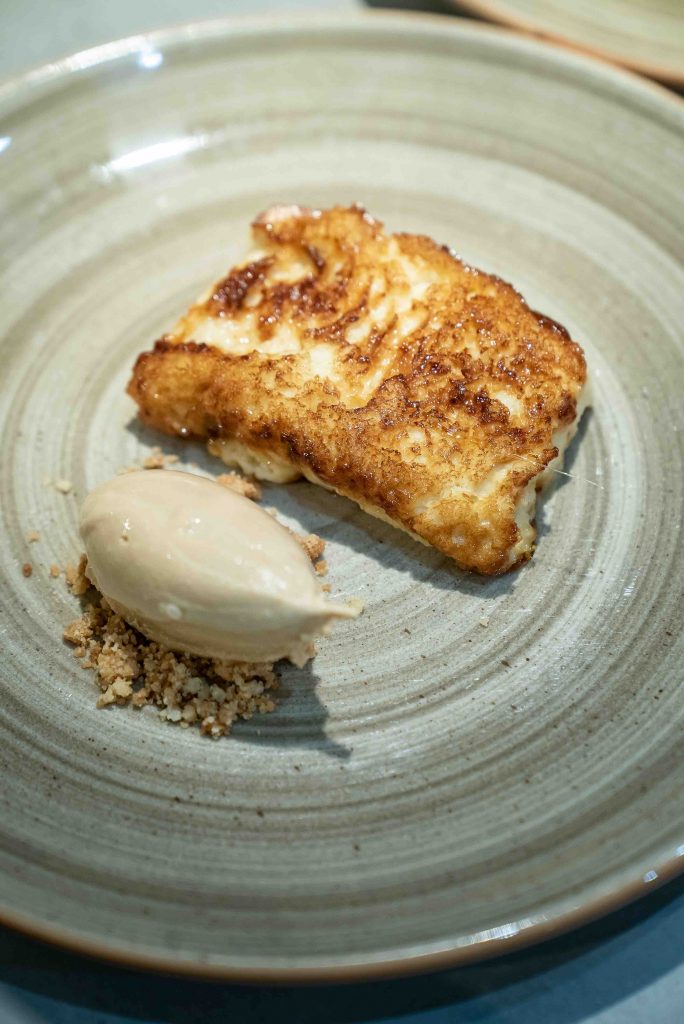 Although many of you have read about it on Plateselector.com , the toasts of Montes de Galicia deserve special mention in this gourmet journey. Unlike traditional, they are made with nothing more and nothing less than Bayleis and biscuit ice cream. Yes, they are sweet. So sweet. But those who enjoy that liqueur flavor find this to be the perfect dessert. Do you want to try experimenting at home? Well, here are the steps: 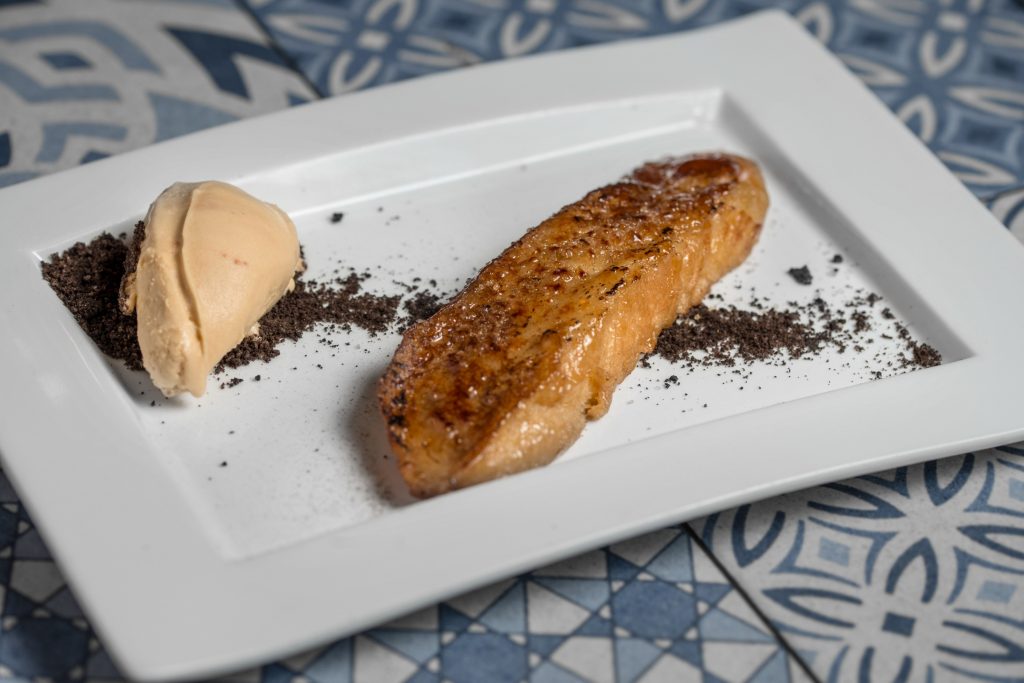 Croissant bread, milk, ginger, yuzu skin and tonka bean are some of the ingredients with which the chef Hugo Muñoz and Mariano Barrero prepare this particular version of the torrija in the Umo restaurant. A recipe that fuses Spanish and Japanese cuisine and that, as with its mouth-watering cheese cake, raises passions in anyone who tries it. The best part? You can find this typical Easter dessert in the menu on a continuous basis. 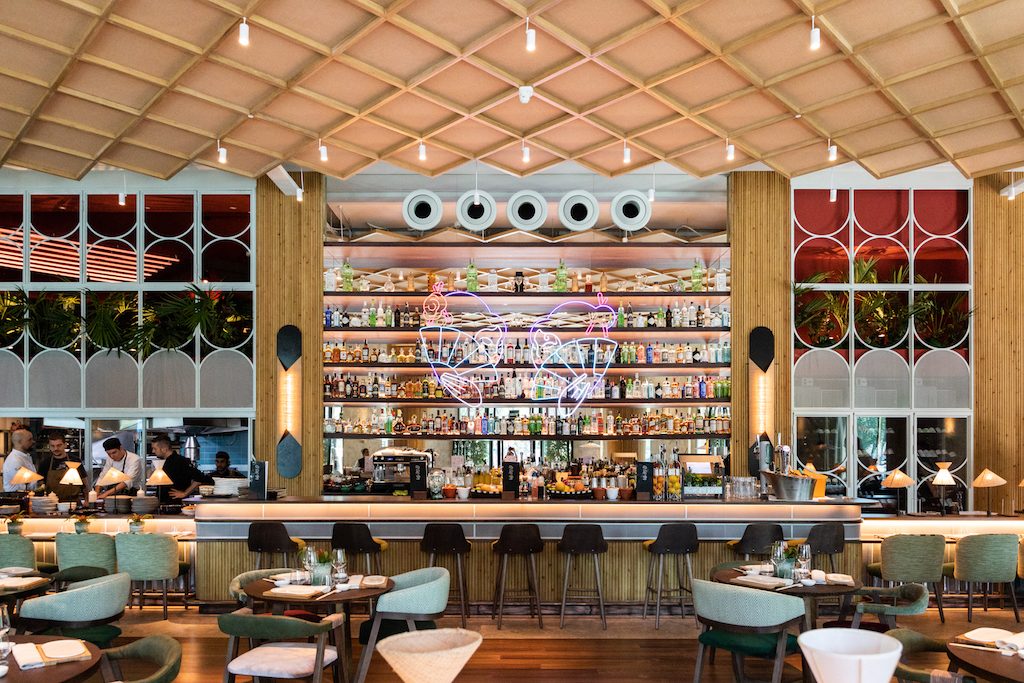