Santita: a taste of Mexico

Secrets, recipes of the land, and ingredients to discover are all present in Mexican cuisine and in Santita. Right on the street of Fuencarral, you will find this dignified gastronomy experience that is way more than tacos and guacamole (which they also have, and of great quality). These though are not the only arguments used by chef Andrea Eloísa García, who had brought many recipes to finish pocketing what was made in Madrid, bringing the flag of the distinct culinary conceptions that in Mexico have been given shelter. Sheltered together under a common sign: the smoke.

Surnamed “carbón Mexicano”, Santita’s cuisine tinders a tribute to the fire, the gastronomic seed of the traditional kitchen, that marks a good part of the international flavors that are served locally. As a standard, the machete of the matarife is presented in an impressive cut of a matured cow, with some house marination, with the Mexican passion and love for meat. To its side, also forged around the iron, the barbecue is served, in which the marinated chicken and the chorizo co-live with guacamole (made with Hass Mexicano avocado, concretely from the region of Michoacán), abanico ibérico and nopales, that serve in a peculiar form of refreshing salad.

With such a grand menu, there is no need to miss that Santita also greened the laurels of the tacos in the Madrid restaurants. Many of their motives, but principally the taste, the prime material and the generosity of the stuffed, far from the exiguous tacos with tortilla and little meat. An impressive plate is the Chidos de Pollo, with a bit of spice, jalapeño mayonnaise and the particular version of the tacos al pastor of Andrea, that utilizes the Iberian pork, although marinated in achiote, along with pineapple Pico de Gallo for a fresh taste that does not deny any Atlantic taste.

The ocean is the protagonist of the menu, extolling the traditional Mexican ocean cuisine, with recipes like Ti-kin-xic de corvina, a Maya inspiration, that also is bathed in achiote and orange juice, demonstrating that the Mexican gastronomy has a lot to say in the place of the waves. Also, there are ‘reconquests’ in this well-assorted menu, like that of the tlayudas, a recipe oaxaqueña with a large tortilla with cheese, meat, avocado cream and tomato base, ideal for sharing and demonstrating that the tex mex ‘nachos’ have a lot to learn.

Along with these, the agape sums up the Spanish kitchen, ingredients like the cazuelitas de queso (cheese), that merge into the Arzúa-Ulloa gallego, over chorizo, cuitlacoche and Chile poblano, so keep cruising through the Atlantic without the need for an airplane. Out of all of this, Andrea Eloísa hand is noticed in the adapting of traditional recipes that inspire the four cardinals of Mexico, adding contemporary touches giving a taste of the Mexican kitchen.

To fulfill the complete restaurant experience comes the sweet dessert, in which fruit and chocolate coincide. A fruity example is the mango and coconut mousse (called La Insaciable) and the guiño precolombino del Xocolatl, grinding chocolate with other specialties. These plates are perfected and seasoned with refreshing cocktails and imported beer, so that your experience can truly be kind and beautiful, just like Mexico. 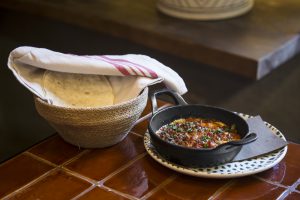 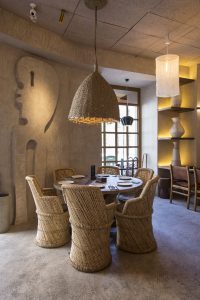 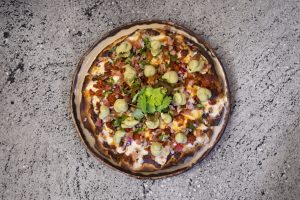 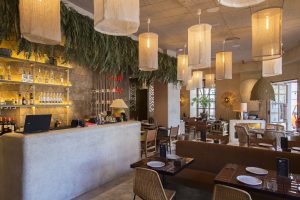 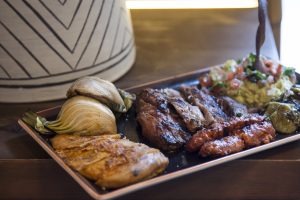 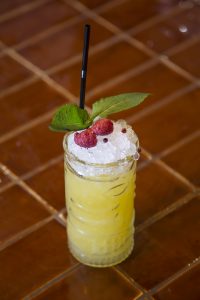 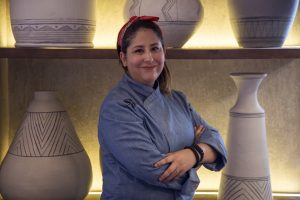