The Best Tortillas in Madrid (Part 2)

Madrid is very big and its tortillas are bigger. We could not narrow if down to just five temples of this tapa so acclaimed by its public. And while sequels are usually not as good, this one is. So, here we go, with five more of the best tortillas in Madrid:

This is an example of how well word of mouth works. This place, located in the market of La Paz (light years ahead of San Antón or San Ildefonso in terms modernity ), is referred by prestigious chefs . Ramón Freixa (two Michelin stars) was the one that took the first bite of the tortilla of Casa Dani. Since then, he has had breakfast there every Saturday and has suggested it to colleagues in the profession who do not want to to miss the experience. Ángel León, Diego Guerrero, José Andrés and Juanjo López are, in part, responsible for the daily dispatch of 300 tortillas 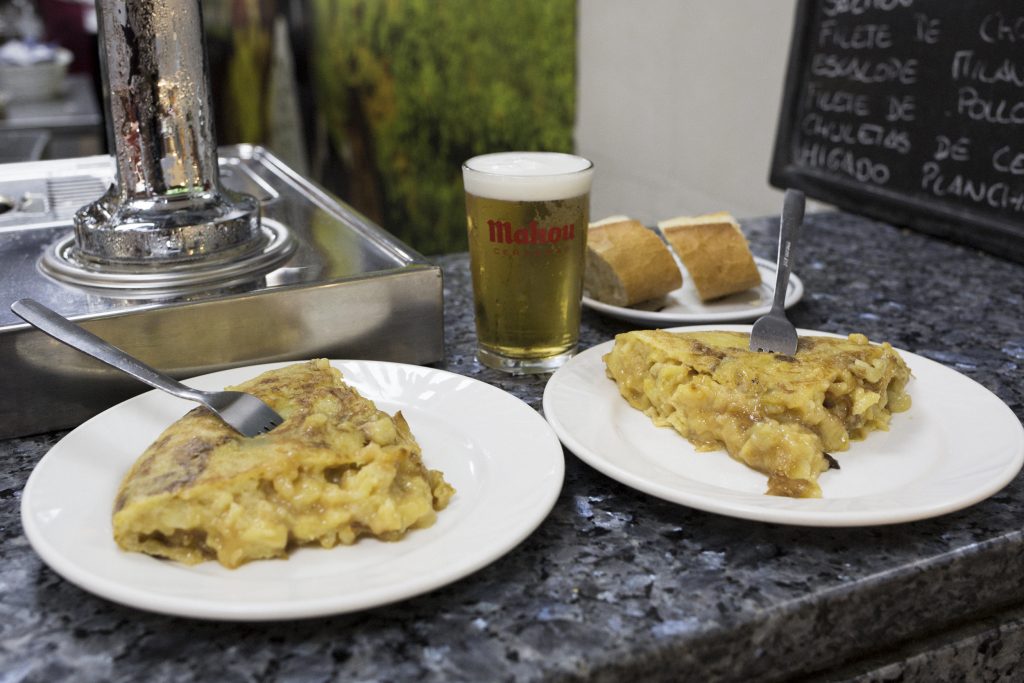 This tortilla always occupies first place in the city and the country! The project started on General Pardiñas street. Txema and Nuria wanted to bring Basque cuisine to the capital and now they have four places. We visited the one in Humilladero street, in La Latina, but its tortilla is common to all of them: simplicity in terms of ingredients and delicacy in the preparation. On a hot day, the Txirimiri’s kitchen serves up to 300 tortillas, but know that they do not rush and that’s why it can take an hour from the oil to heat until the egg is added. They even take time on how the cut the potato and the result is a semiquaver with caramelized onion and a texture and flavor that encourage another visit. 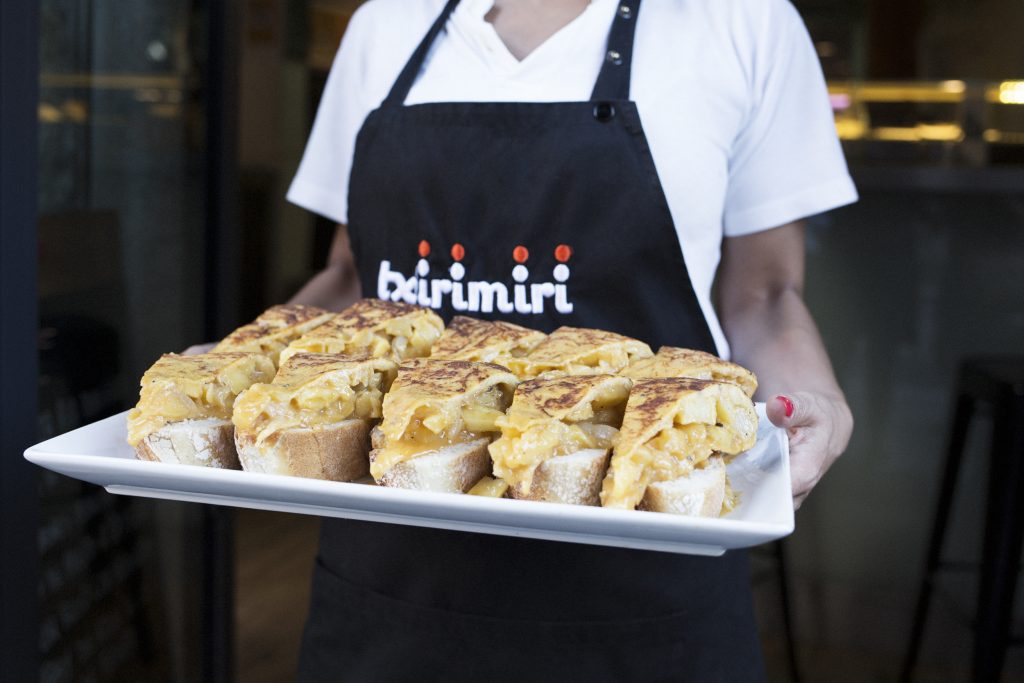 This is a historical place of Madrid. At the foot of the barrel since 1892. In this case, the tortilla shares the honor of being the most requested dish with the salmorejo, but it competes well. It has taken a few competitions thanks to the good hand of Concepcion who, although having relinquished his son, continues to exercise supervision. Five potatoes, seven eggs, onion, olive oil and salt. The ingredients you need to be a traditional and exquisite tortilla. Do not neglect the potatoes while they are frying, so that they all take the proper browning. And the eggs are beaten until they reach the spongy texture that is then seen in the final product. 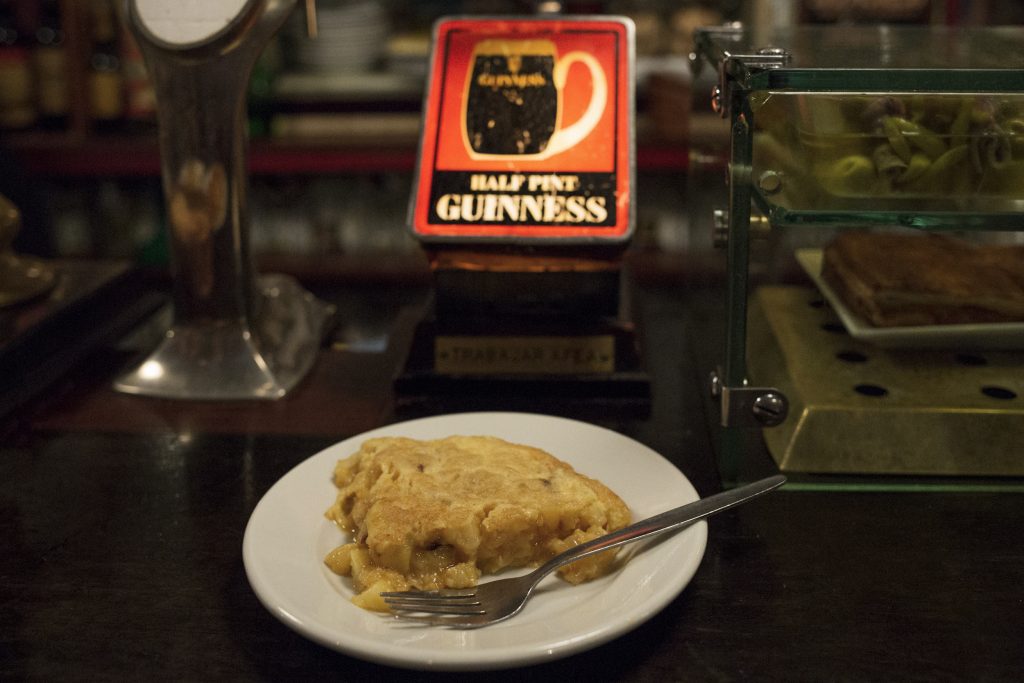 Another case of a generational relay of success. Carmelo and Alfredo continue what their parents started almost half a century ago in the genuine Chamberí. We asked him about the secret of his tortilla and with the chulería that characterizes the neighborhood, we are told that it has no mystery. With or without him, he has managed to be among the few in Spain selected in the guide “The best of gastronomy” for 15 consecutive years . Those responsible for the preparation are now three women: Monica, Victoria and Judith, who perfectly execute the recipe, helped by the repetition, because this small local place on the street Espronceda has several rush hours. The record was reached during a derby Madrid-Atleti, more than 200 tortillas came out of the kitchen that day in the pre-during-post game. We will not say which team won, to avoid reopening some wounds. 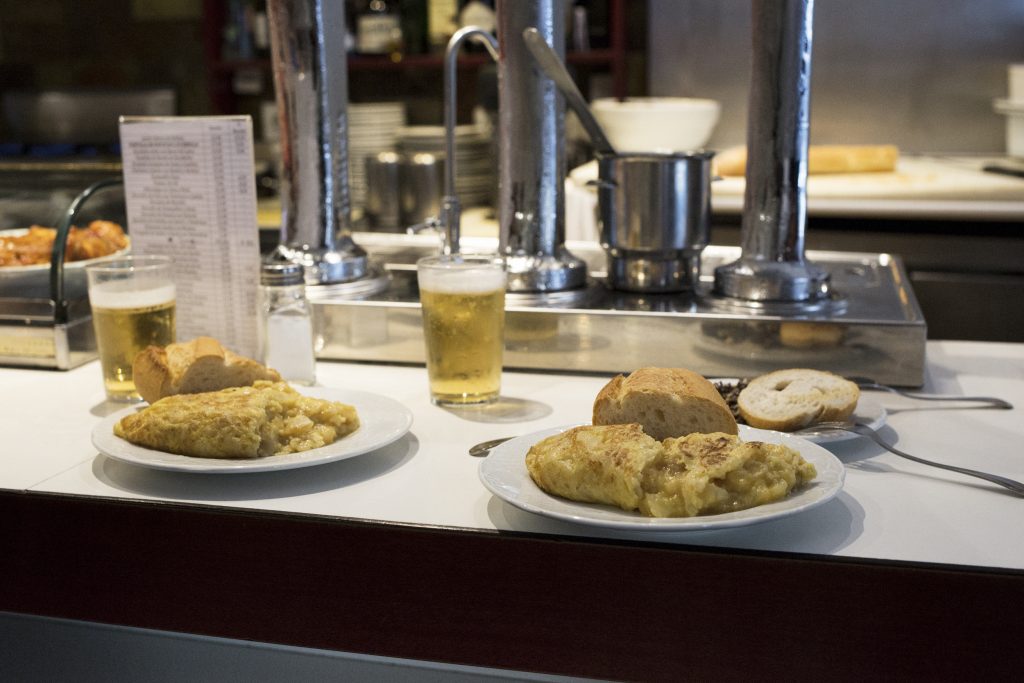 Before beginning to emphasize the virtues of the vague tortilla of the Sacha, we will say that the visit is worth it for the French atmosphere of the place and a cozy half garden hidden among the streets and buildings around Plaza de Castilla.. And now, let’s continue with the charms of this tortilla. It is vague because it is made on one side, they do not turn it around and is served open. Moneo, the architect – client and friend – has been to blame, who one day asked for a mess that reminded him of his grandmother. The invention could not have been better. The vague tortilla plays with the ingredients, depending on the season is pulled one or the other: truffle, earthen (or truffle of the poor), also sausage, the most successful, With which it the spotted tortilla is created, and then there is the one you see in the photo, of peppers and blood sausage treated as sausage. Quirky, genuine, very much in keeping with everything surrounding Sacha. 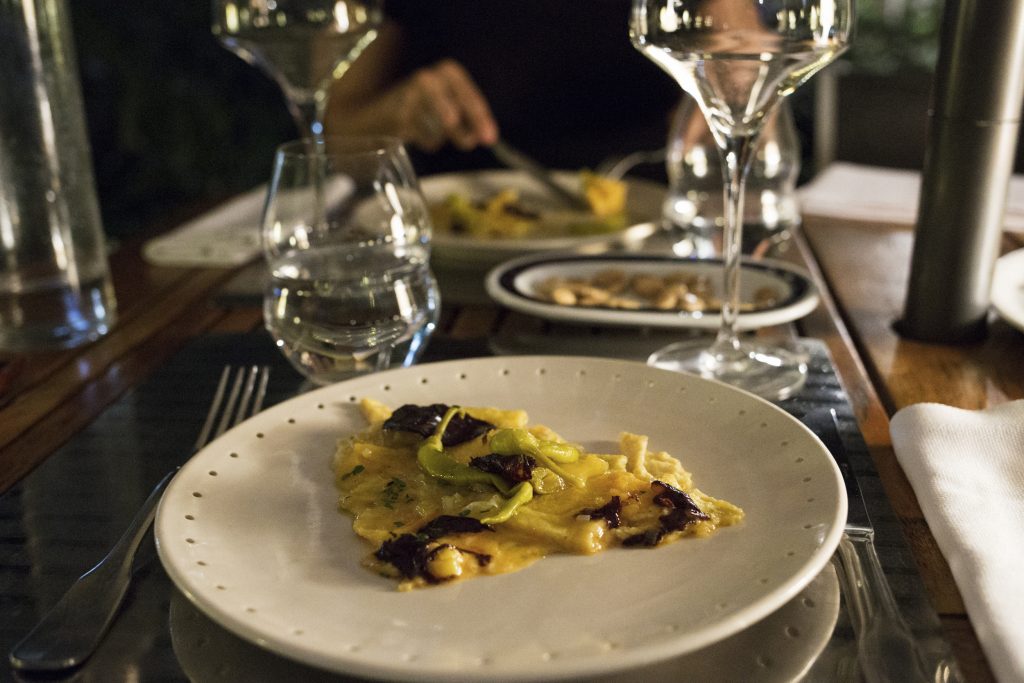